It refers to a set of procedures used to restrict the amount of data flow between sending and receiving stations. It tells the sender how much data it can transmit before it must wait for an acknowledgement from the receiver.There are two methods are used. They are,1.     stop and wait2.     sliding windowStop And Wait:In this method the sender waits for acknowledgment after every frame it sends. Only after an acknowledgment has been received, then the sender sends the next frame. 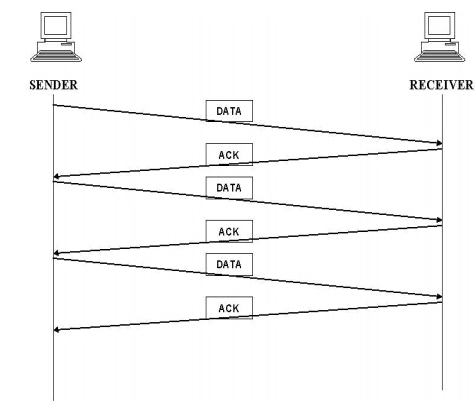 The advantage is simplicity. The disadvantage is inefficiency.Sliding Window:In this method, the sender can transmit several frames before needing an acknowledgment. The receiver acknowledges only some of the frames, using a single ACK to confirm the receipt of multiple data frames.

The sliding window refers to imaginary boxes at both the sender and receiver. This window provides the upper limit on the number of frames that can be transmitted before requiring an acknowledgement. To identify each frame the sliding window scheme introduces the sequence number. The frames are numbered as 0 to n-1. And the size of the window is n-1. Here the size of the window is 7 and the frames are numbered as 0,1,2,3,4,5,6,7.

Ender Window:At the beginning the sender‟s window contains n-1 frames. As frames are sent out the left boundary of the window moves inward, shrinking the size of the window. Once an ACK receives the window expands at the right side boundary to allow in a number of new frames equal to number of frames acknowledged by that ACK. 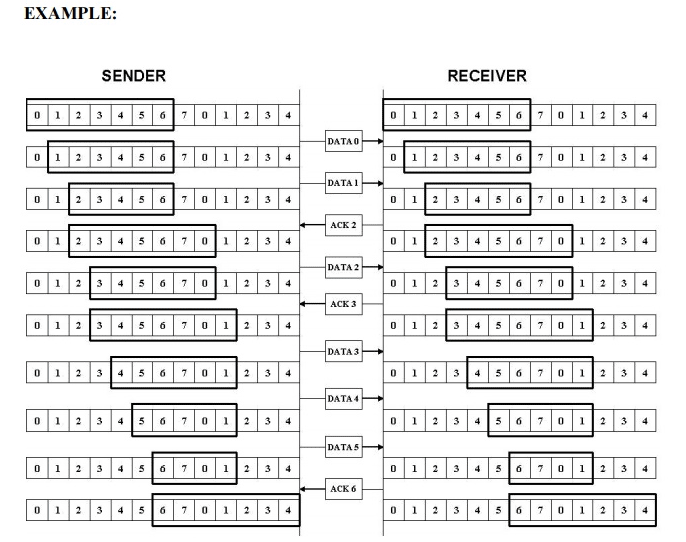 Error ControlError control is implemented in such a way that every time an error is detected, a negative acknowledgement is returned and the specified frame is retransmitted. This process is called automatic repeat request (ARQ).

The error control is implemented with the flow control mechanism. So there are two types in error control. They are,1.     stop and wait ARQ2.     sliding window ARQStop And Wait ARQ:It is a form of stop and wait flow control, extended to include retransmission of data in case of lost or damaged frames.Damaged Frame:When a frame is discovered by the receiver to contain an error, it returns a NAK frame and the sender retransmits the last frame. 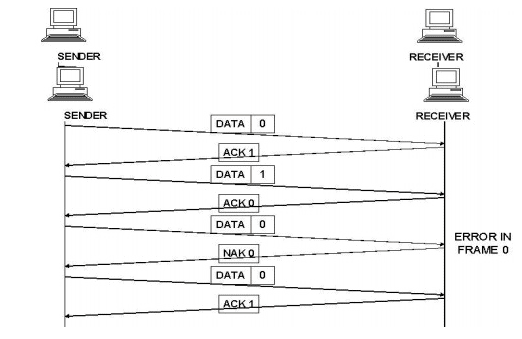 Lost Data Frame:The sender is equipped with a timer that starts every time a data frame is transmitted. If the frame lost in transmission the receiver can never acknowledge it. The sending device waits for an ACK or NAK frame until its timer goes off, then it tries again. It retransmits the last data frame 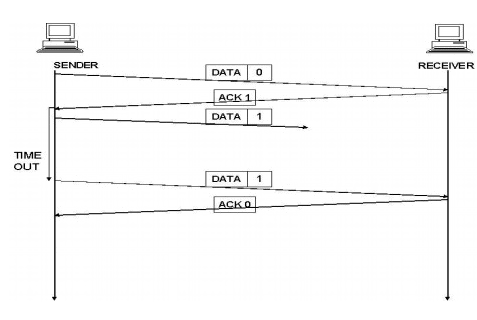 Sliding Window ARQIt is used to send multiple frames per time. The number of frame is according to the window size. The sliding window is an imaginary box which is reside on both sender and receiver side.It has two types. They are,1.     go-back-n ARQ2.     selective reject ARQGo-Back-N ARQ:In this method, if one frame is lost or damaged, all frames sent since the last frame acknowledged or retransmitted.Damaged Frame: 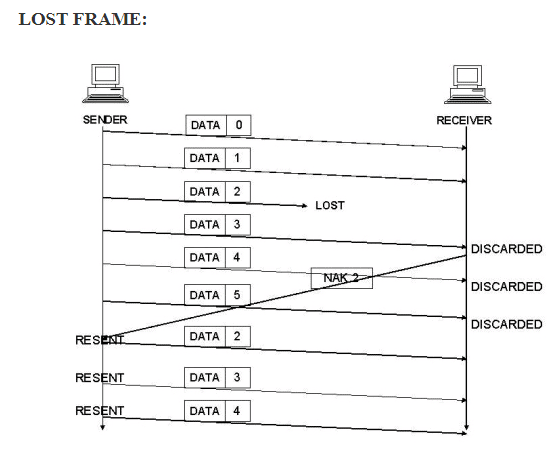 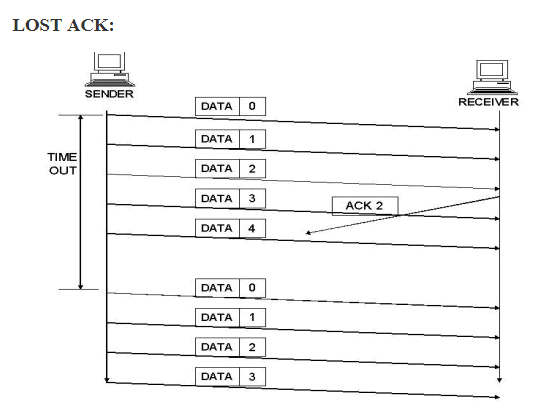 SELECTIVE REPEAT ARQSelective repeat ARQ re transmits only the damaged or lost frames instead of sending multiple frames. The selective transmission increases the efficiency of transmission and is more suitable for noisy link. The receiver should have sorting mechanism. 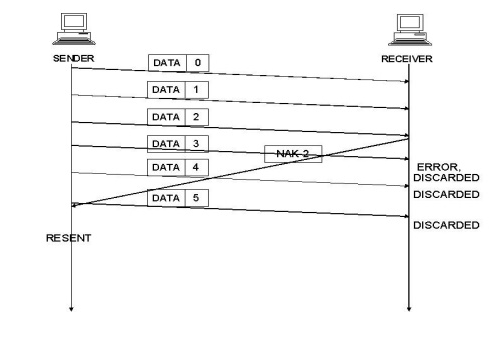 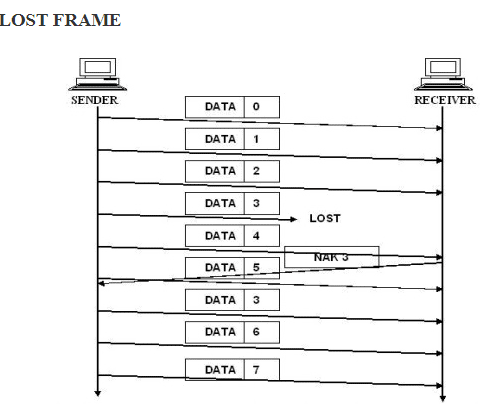 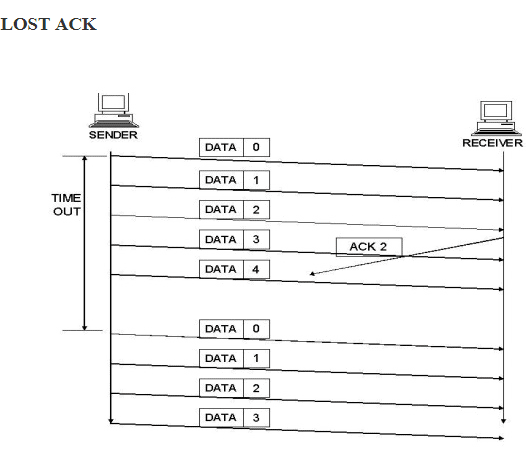