The document Forfeiture of Share - Share Capital, Company Law B Com Notes | EduRev is a part of the B Com Course Company Law.
All you need of B Com at this link: B Com

When a company issues shares, normally the shareholders are not required to pay the amount at once. Some part of the money is paid to the company initially on application of shares, another part on being allotted the shares and the remaining amount in one or more instalments called as ‘calls’. The com pany makes these calls as and when it requires capital. If a shareholder fails to pay the called up capital then his / her shares may be taken back from him / her by the company as a penalty. 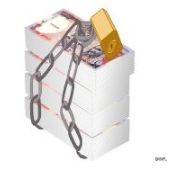 This is called as ‘forfeiture of shares’. Although forfeiture usually occurs due to non payment of calls, it can also be made for any other reason specified in the company’s articles. A company can forfeit shares according to the provisions given in its articles. If the articles do not contain such provisions, then regulations 29-35 of Table A of the Companies Act,1956 apply. The provisions regarding calls and forfeiture are discussed in the following sub-sections.

As explained above, the company may call up the unpaid amount from the shareholders from time to time. The board is required to pass a resolution for making a call. The articles of the company have provisions regarding calls. If nothing is mentioned in the articles, then the provisions laid down in Articles 13-18 of Table A are applicable while making calls. These are listed below:

If a person fails to make call payment by the due date, then he / she may be liable to pay interest thereon. Further, the Board may also accept all or part of the money uncalled and unpaid upon the shares from a member. This is called calls in advance.

On making a call if a member defaults in making payment by the due date, then the Board may send him / her a notice informing him / her that the payment must be made by a later date or else the shares will be forfeited. This new date cannot be earlier than the expiry of 14 days from the date of service of the notice. If the defaulter fails to make the payment even at such date, then the board will pass a resolution to forfeit the shares. The forfeited shares are usually reissued by the company. A valid forfeiture will have the following implications: 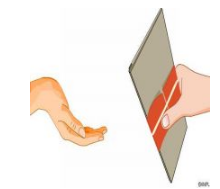 A valid forfeiture must be in accordance with the articles (or Table A) and must be made bona fide for the benefit of the company.

Once the shares are forfeited, they may be either cancelled or reissued to some other person. The person who purchases the forfeited shares becomes a member of the company. His / her title is not affected by any irregularity in the proceedings with reference to the forfeiture, sale or disposal of the share. While reissuing the forfeited shares the company should fix the price of reissue such that the total amount received in respect of the shares (i.e. price of the reissued of shares + amount paid by the previous owner in respect of the shares) is not below its face value. This is done to ensure that reissue does not amount to issue at a discount or the provisions of section 79 would become applicable.

A lien is defined as “A legal instrument giving a person, business, etc. the legal right to take, hold or sell another person's property for debt or restitution of some sort.” -

If the articles of a company so provide or if the company adopts Table A of the Companies Act, 1956 , then it can have lien on partly paid shares for the uncalled amount as well as all debts payable by the shareholder (Article 9, table A). Thus, a company can sell shares held by a person for unpaid debts by giving him/ her 14 days notice (Article10, table A).

Lien appears similar to forfeiture because in both cases the company can take the shares back from the member. However, the two acts differ in a number of ways:

Table : Differences between Forfeiture and Lien 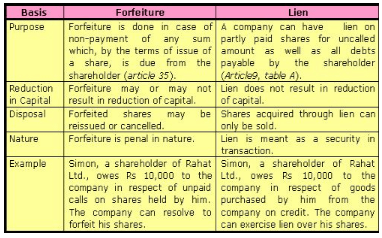 Surrender refers to an intentional and voluntary giving up of shares by the shareholder to the company. The Companies Act, 1956 does not have provisions regarding surrender of shares. However, if the articles of the company allow a shareholder to surrender the shares, then the company can accept such surrender but only in case where forfeiture is unavoidable. Thus, where otherwise the shares are bound to be forfeited by the company, surrender may be allowed to reduce procedural difficulties. Usually, partly paid 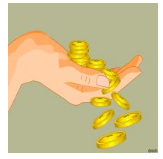 shares are surrendered by members who fail to pay the amount due on calls or otherwise in respect of the shares. But even fully paid shares may be surrendered if they are to be exchanged for new shares having the same face value.