Let's study some of the basic ideas about the functions of more than one variable.

First, remember that graphs of functions of two variables, z = f (x,y) are surfaces in three-dimensional space.  For example here is the graph of z= 2x2 + 2y2 - 4 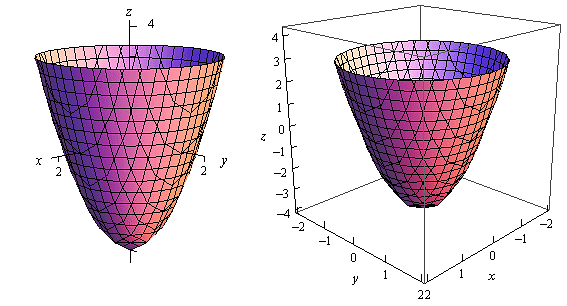 This is an elliptic paraboloid and is an example of a quadric surface.  We saw several of these in the previous section.

Graph of a Plane

Another common graph that we’ll be seeing quite a bit in this course is the graph of a plane.  There is a convention for graphing planes that will make them a little easier to graph and hopefully visualize.

Question for Functions of Several Variables - Differential Calculus, CSIR-NET Mathematical Sciences
Try yourself:What is the equation of a plane?
Explanation 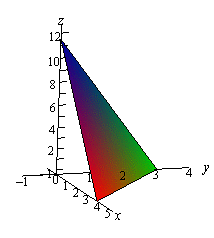 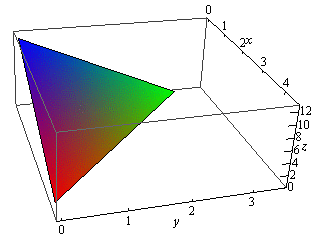 Now, to extend this out, graphs of functions of the form w = f (x,y,z) would be four-dimensional surfaces.  Of course, we can’t graph them, but it doesn’t hurt to point this out.

Domains of Functions of more than one variable

Next, let's discuss the domains of functions of more than one variable.

Recall that domains of functions of a single variable, y = f(x), consisted of all the values of x that we could plug into the function and get back a real number.  Now, if we think about it, this means that the domain of a function of a single variable is an interval (or intervals) of values from the number line or one-dimensional space.

The domain of functions of two variables, z = f (x,y), are regions from two-dimensional space and consist of all the coordinate pairs, (x,y), that we could plug into the function and get back a real number.

Example 1 -  Determine the domain of each of the following.

(a) In this case we know that we can’t take the square root of a negative number so this means that we must require, x+y > 0.

Here is a sketch of the graph of this region. 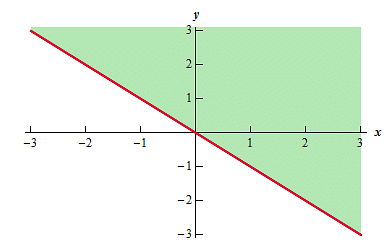 (b) This function is different from the function in the previous part.  Here we must require that,

x > 0 and y > 0 and they really do need to be separate inequalities.  There is one for each square root in the function.  Here is the sketch of this region. 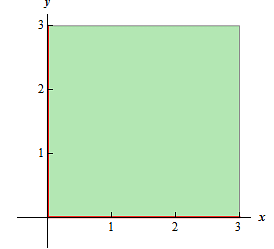 (c) In this final part we know that we can’t take the logarithm of a negative number or zero.  Therefore we need to require that,

and upon rearranging we see that we need to stay interior to an ellipse for this function.  Here is a sketch of this region.

Note that domains of functions of three variables, w = f(x,y,z), will be regions in three-dimensional space.

Example 2 - Determine the domain of the following function,

In this case, we have to deal with the square root and division by zero issues.  These will require,

So, the domain for this function is the set of points that lies completely outside a sphere of radius 4 centred at the origin.

Example 3 - Find the domain of each of the following functions.

(1) The domain of f is the set of points (x,y) such that 1−x2−y2≥0. We recognize x2+y2=1 as the equation of a circle of radius 1 centred at the origin, and so the domain of f consists of all points which lie on or inside this circle (see below). 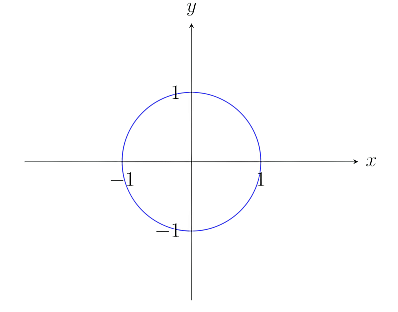 (2) We now require that 1−x2−y2>0. The domain of g therefore contains all points (x,y) such that x2+y2<1; that is, all points which lie strictly inside the unit circle (see below). 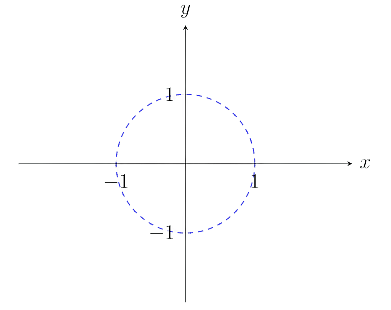 (3) We see that h(x,y) is undefined for x=y2. The domain of h therefore consists of all points in the x-y-plane except those which satisfy y=±√x (see below). 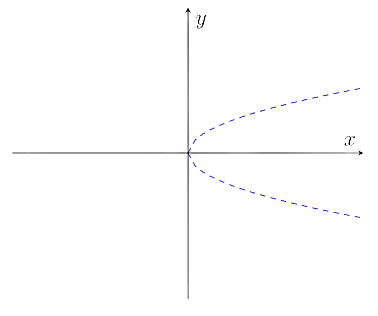 Question for Functions of Several Variables - Differential Calculus, CSIR-NET Mathematical Sciences
Try yourself:What is the domain of a function?
Explanation

The next topic that we should look at is that of level curves or contour curves.

The level curves of the function z = f(x,y) are two-dimensional curves we get by setting z = k, where k is any number. So the equations of the level curves are f(x,y) = k.

Let’s do a quick example of this.

Example 4 -  Identify the level curves of

Sketch a few of them. 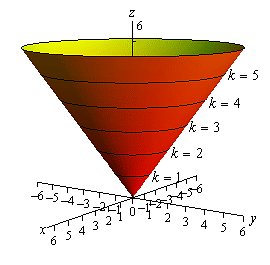 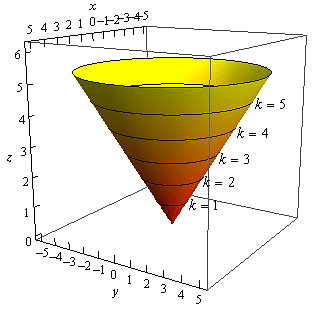 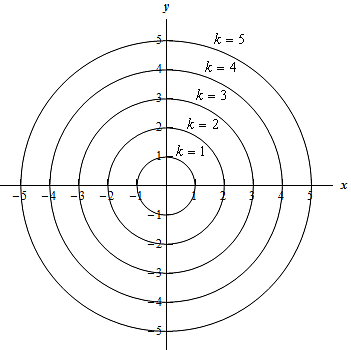 Let’s take a quick look at an example of traces.

We’ll start with x = 1. We can get an equation for the trace by plugging x = 1 into the equation.  Doing this gives,

and this will be graphed in the plane given by x= 1. 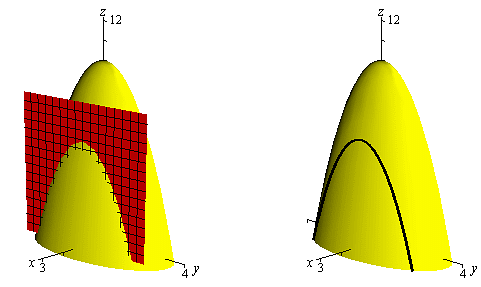 For y =2 we will do pretty much the same thing that we did with the first part.  Here is the equation of the trace,

and here are the sketches for this case. 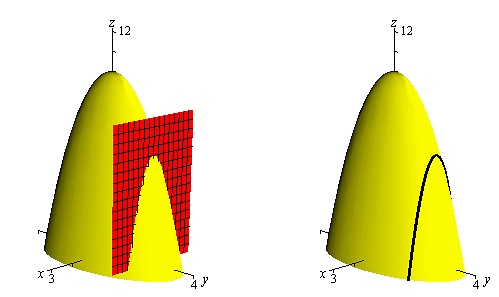