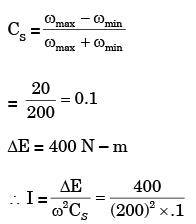 View Solution
Try yourself:For a certain engine having an average speed of 1200 rpm, a flywheel approximated as a solid disc, is required for keeping the fluctuation of speed within 2% about the average speed. The fluctuation of kinetic energy per cycle is found to be 2 kJ. What is the least possible mass of the flywheel if its diameter is not to exceed 1 m? 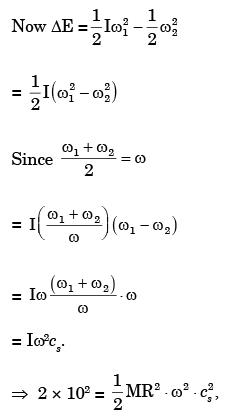 where R = Radius of disc 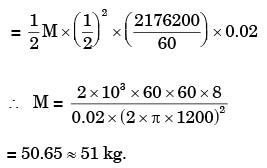 View Solution
Try yourself:If Cf is the coefficient of speed fluctuation of a flywheel then the ratio of wmax /wmin will be

View Solution
Try yourself:Which of the following statements is correct?

View Solution
Try yourself:A flywheel of moment of inertia 9.8 kg m2 fluctuates by 30 rpm for a fluctuation in energy of 1936 Joules. The mean speed of the flywheel is (in rpm)