The document History Of Constitutional Development In India (Part - 2) UPSC Notes | EduRev is a part of the UPSC Course Indian Polity for UPSC CSE.
All you need of UPSC at this link: UPSC

Within the next two years, however, a dramatic change in the British attitude had taken place. This was due to two reasons.

(i) The British forces had suffered disastrous defeats in different theatres of War(ii) The international situation became so unfavourable to Britain, with Japan almost at the doorstep of the Indian empire, that she had to seek the support of the popular forces in India. 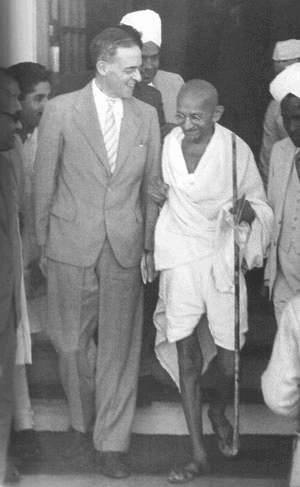 Cripps and Mahatma Gandhi during the Second World War

With this end in view, Sir Stafford Cripps, a member of the British government, was sent to India in early 1942 on a special mission for finding a "just and final" solution to the Indian political problem. His proposals consisted of two part– one dealing with the long term problem of Indian freedom, and the other with the immediate establishment of an interim government at the Centre. The long-term proposals were vague.

The Cripps Mission wanted the Indian leaders to support and work wholeheartedly for the prosecution of the War and envisaged complete transfer of power to Indians after the War.

Negotiations, however, failed. The Indian National Congress demanded complete Indianisation of the Governor General's Executive Council. But the British rulers were not prepared to surrender the portfolio of Defence to the Indians. Gandhiji called the proposals as a postdated cheque.

- The Indian Councils Act 1909, commonly known as the Minto-Morley Reforms, was an Act of the Parliament of the United Kingdom that brought about a limited increase in the involvement of Indians in the government of British India.
- Montague Chelmsford Report prepared in 1918 and formed the basis of the Government of India Act 1919.
- Simon Commission: The Indian Statutory Commission was a group of seven British Members of Parliament of United Kingdom that had been dispatched to India in 1928 to study constitutional reform in Britain’s most important colonial dependency.
- Cripps Mission: In March 1942, a mission headed by Stafford Cripps was sent to India with constitutional proposals to seek Indian support for the war.

Quit India Resolution The failure of the Cripps Mission led to acute discontent in India. It exposed the intentions of the British rulers.

On August 8, 1942, the All India Congress Committee passed the famous "Quit India" resolution for the immediate ending of the British rule and sanctioned "the starting of a mass struggle on nonviolent lines on the widest possible scale."

It was Gandhiji who piloted the resolution in the Congress Committee.

Wavell PlanAnother abortive effort to solve the political deadlock in Indian was made in 1945. Lord Wavell invited the leaders of all sections of political opinion. A conference was held at Shimla. The Wavel plan in its essence was the complete Indianisation of the  Executive Council. The caste Hindus and Muslims were to be represented on the basis of parity. Mahatma Gandhi resented the use of the words "caste Hindus". The Muslim League clamoured for having the representation of the Muslim members in the Council.

The Congress, being a national organisation, insisted on the nomination of its representatives from all the communities. The conference met with failure because neither the Congress nor the League was prepared to deviate from the stand taken by them. 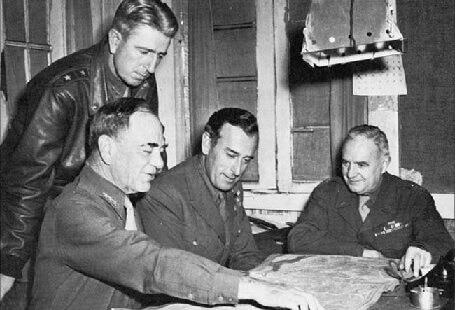 Lord Mountbatten while proposing his plan

Indian Independence Act, 1947As a result of the acceptance of the Mountbatten plan, the Indian Independence Act, 1947 was passed by the British Parliament on July 18, 1947. The main provisions of this Act are as follows:(i) New dominions– The Act set up two dominions– India and Pakistan– from August 1947. Article 2 of the Act determined the territories of the two Dominions.The Pakistan Dominion was to consist of Baluchistan, Sindh, West Punjab, N.W.F.P., and East Bengal, including the Sylhet district of Assam. The remainingparts of British India were to constitute the Indian Dominion. 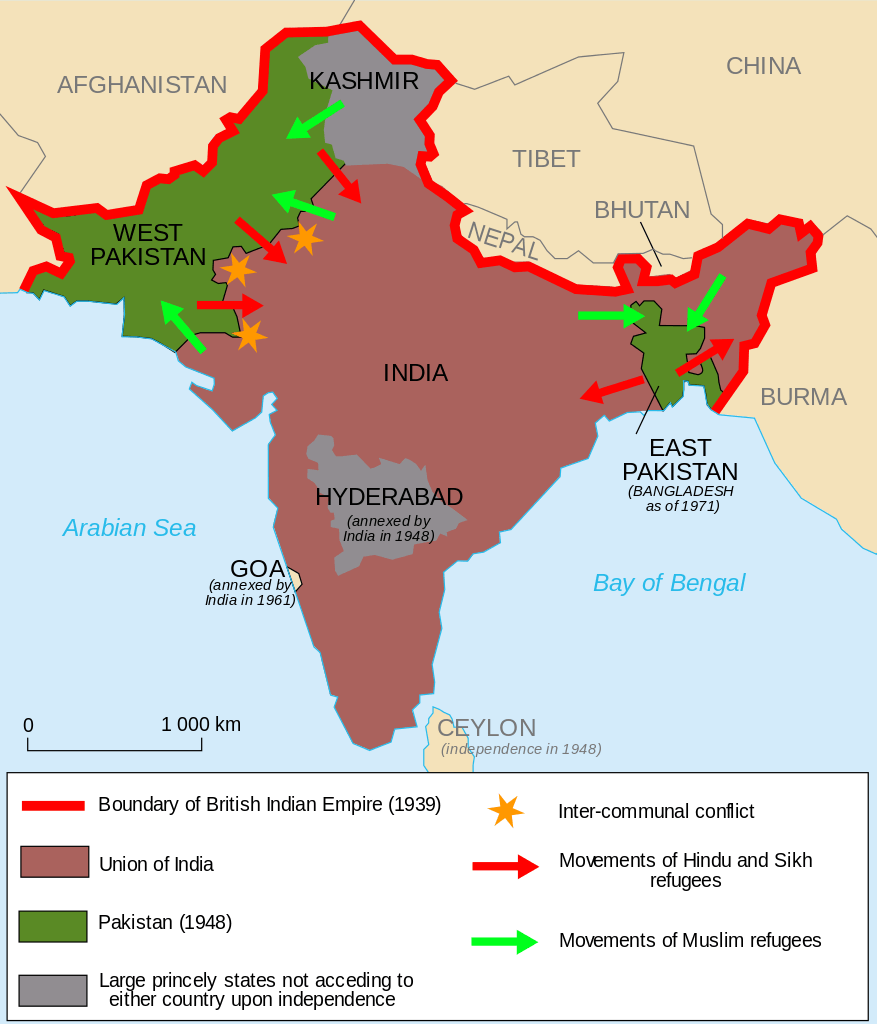 India and Pakistan at the time independence (Indian independence act, 1947) Note that the territory of the two States was significantly altered by the accession of the Princely States

The fate of N.W.F.P., whether it was to join Pakistan or not, was to be decided by a referendum before August 15, 1947. Similarly, a referendum was tobe held in the Sylhet district of Assam.(ii) Governor-General– The Act provided that for each Dominion, "there shall be a Governor-General to be appointed by His Majesty for the purpose of the governance of the Dominion." The same person, unless the Legislature of each of these Dominions passed a law otherwise, could be a Governor-General of both the Dominions.(iii) Legislatures– Until a new Constitution was framed for each Dominion, the Act made the existing Constituent Assemblies the Dominion legislatures for the time being. The Dominion legislatures were given full powers to make laws for their Dominions.(iv) Temporary Provisions as to the Government of each Dominion– The Constituent Assembly of each Dominion was to act as Legislature of that  Dominion. It was also to exercise powers for framing the Constitution of the Dominion.Except in so far as the Constituent Assembly enacted laws, each dominion was to be governed so far as possible in accordance with the Government of India Act, 1935. However, discretionary and individual judgement powers of the Governor-General and Governors under that Act were to lapse.(v) Indian States– The sovereignty of the British Crown over the Indian States lapsed with effect from August 15, 1947. Along with this, the treaties and agreements between his Majesty and the Indian States also lapsed. The States thus became sovereign entities. The States were given the freedom, if they so wished, to join India or Pakistan, or to remain as independent entities.(vi) Tribal Areas– As in the case of Indian States, the treaties and agreements between His Majesty and any person having authority in the tribal areas lapsed; and so did the obligations, rights and functions of His Majesty under such agreements and treaties.(vii) Abolition of the Office of Secretary of State for India– The office of the Secretary of State for India and his advisory board were abolished and instead the Secretary of Commonwealth Relations was to handle matters between the dominions and Great Britain.(viii) British Monarch was no longer Emperor of India– The title Emperor of India was deleted from the Royal style of the British Monarch.(ix) Miscellaneous– The other provisions of the Act dealt with the Civil Services, the Armed Forces, the British Forces in India, etc. The rights and privileges of the Civil Services were protected. Provision was made for division of Armed Forces and retention of the authority and jurisdiction of His Majesty over the British Forces stationed on the territories of India and Pakistan.