The document History Of Constitutional Development In India (Part - 1) UPSC Notes | EduRev is a part of the UPSC Course Indian Polity for UPSC CSE.
All you need of UPSC at this link: UPSC

Before 1947, India was divided into two main entities – British India which consisted of 11 provinces, and the Princely states ruled by Indian princes under subsidiary alliance policy. The two entities merged together to form the Indian Union, but many of the legacy systems in British India is followed even now. The historical underpinnings and evolution of the Indian Constitution can be traced to many regulations and acts passed before Indian Independence.

Acts and Reforms Introduced Before 1858

Following Acts and reforms were introduced for the governance of India from time to time before 1858. 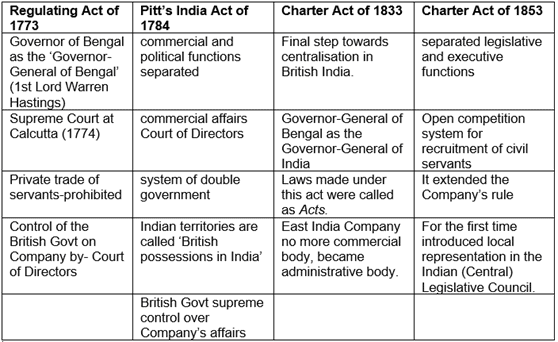 Question 1:The feature of DIrective Principles of State Policy in Indian Constituition has been inspired from which of the following countries?
Explanation

Acts and Reforms Introduced after 1858

Following Acts and reforms were introduced by the British Government for the governance of India from time to time after 1858, and up to the making of the Constitution Changes brought by the Government of India Act, 1858

➢ The essential features of this Act were

Question 2:Who was the monarch of Britain at the time of commencement of the Government of India Act, 1858?
Explanation

In August 1858, the British Parliament passed an act that set an end to the rule of the company. The control of the British government in India was transferred to the British crown. At this time, Victoria was the queen of Britain. 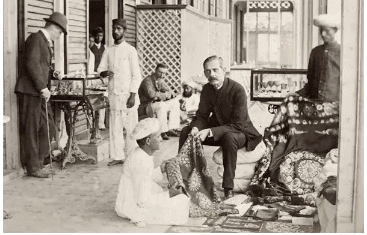 ➢ The improvements made by this Act were:

Question 3:Which of the following British Act ended the system of Double Government by abolishing the Board of Control and Court of Directors?
Explanation

The Act of 1858 was largely confined to the improvement of the administrative machinery by which the Indian Government was to be supervised and controlled in England. It ended the system of Double Government by abolishing the Board of Control and Court of Directors. After 1858, the interests of India were further subordinated to those of Britain. Due to the conflicts of Britain with the other imperialist powers, India was made to serve the British economic interests. 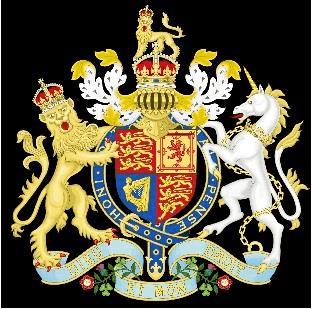 The Government of India Act, 1935 was passed in 1935 and came into operation on April 1, 1937. This Act provided for a federation for India in which the Indian State was to join British India and granted full Provincial Autonomy. The Act provided for the political separation of Burma from India. Two new provinces of Sindh and Orissa were created. Points to Be Noted Question 7:Which Act allowed Indians to elect their representatives for the first time?
Explanation