Fluid Pressure at a Point 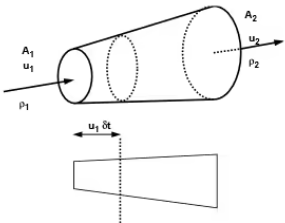 Pascal’s Law for Pressure At A Point where, px, py and pz are the pressure at point x, y, z respectively.

General Equation For Variation Of Pressure in a Static Fluid 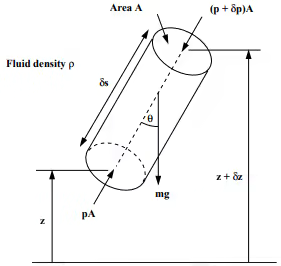 Vertical Variation Of Pressure in a Fluid Under Gravity 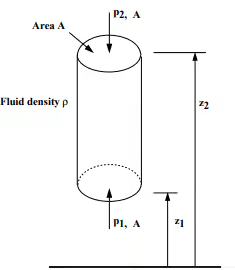 Thus in a fluid under gravity, pressure decreases linearly with an increase in heightp2 - p1 = ρgA(z2 - z1) ⇧This is the hydrostatic pressure change.

Equality Of Pressure At The Same Level In A Static Fluid Example 1: An opening in a dam is covered with a plate of 1 m square and is hinged on the top and inclined at 60 0 to the horizontal. If the top edge of the gate is 2 m below the water level what is the force required to open the gate by pulling a chain set at 45 0 angle with the plate and set to the lower end of the plate. The plate weighs 2200 N.Solution: Case 1: Liquid is above the curve surfaceThe vertical component of the hydrostatic force is downward and equal to the volume of the l Case 2: Liquid is below the curve surfaceThe vertical component of the hydrostatic force is going upward and equal to the volume of the imaginary liquid above the surface. 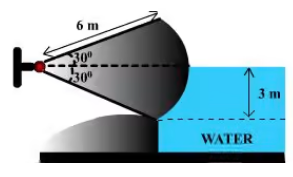 Example 3: A quarter-circle (10 m diameter) gate which is 10 m wide perpendicular to the paper holds water as shown in the figure. Find the force required to hold the gate. The weight of the gate can be neglected.Solution: 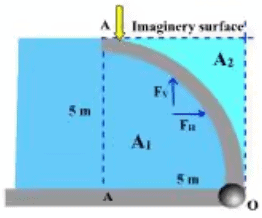