Goals of the Lesson 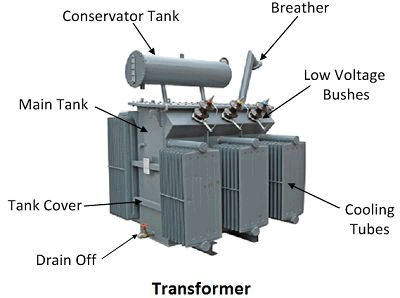 After going through this section, students will be able to understand the following:

Try yourself:An ideal transformer is one which
View Solution

For DC supply the direction and the magnitude of the supply remains constant, produced flux will be constant. Thus, rate of change of flux through the windings will be equal to zero. As a result, voltage at secondary will always be equal to 0. The core has infinite permeability so that zero magnetizing current is needed to establish the requisite amount of flux in the core. The core-loss (hysteresis as well as eddy-current loss) is considered zero.

Phasor diagram when transformer is loaded

Try yourself:Which of the following is the wrong expression?
Explanation

Equivalent Circuit of an Ideal Transformer 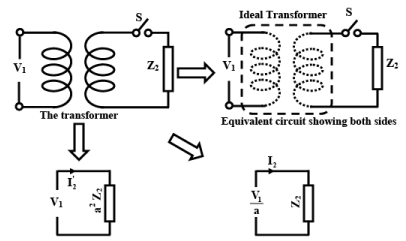 Equivalent circuits of an Ideal Transformer referred to primary and secondary