Area of a triangle: 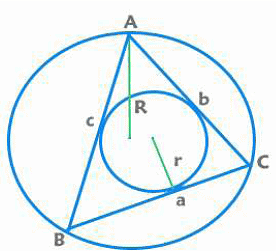 [R is radius of circumcircle]

Mid Point Theorem: The line joining the midpoint of any two sides is parallel to the third side and is half the length of the third side.

Angles equal to opposite sides are equal.Area

Number of triangles which can be formed by the vertices = nC3

Regular Polygon:If all sides and all angles are equal, it is a regular polygon. All regular polygons can be inscribed in or circumscribed about a circle.Area = ½ x Perimeter x Inradius {Inradius is the perpendicular from centre to any side}Each Interior Angle = 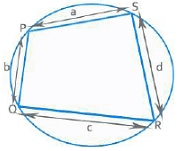 If all vertices of a quadrilateral lie on the circumference of a circle, it is known as a cyclic quadrilateral.Opposite angles are supplementaryArea =

where s is the semi perimeter 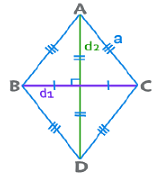 Rectangle: A parallelogram with all angles equal (90°) is a Rectangle. Its diagonals are congruent. Perimeter = 2(l+b); Area = lb

Square: A parallelogram with sides equal and all angles equal is a square. Its diagonals are congruent and bisect at 90°.Perimeter = 4a; Area = a2; Diagonals = a√2 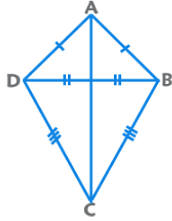 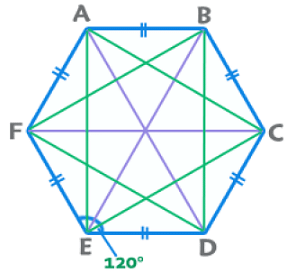 CirclesDiameter = 2r; Circumference = 2πr; Area = πr2Chords equidistant from the centre of a circle are equal.A line from the centre, perpendicular to a chord, bisects the chord.Equal chords subtend equal angles at the centre.The diameter is the longest chord of a circle. 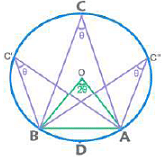 A chord /arc subtends equal angle at any point on the circumference and double of that at the centre.Chords / Arcs of equal lengths subtend equal angles. 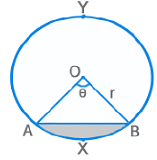 Properties of Tangents, Secants and Chords 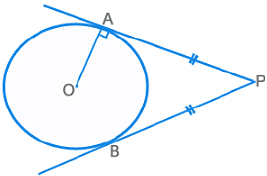 The radius and tangent are perpendicular to each other.There can only be two tangents from an external point, which are equal in length  PA = PB 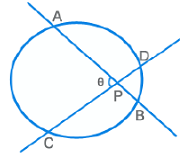 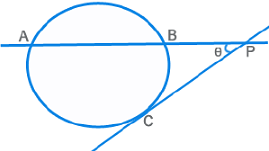 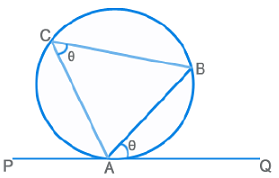 The angle made by the chord AB with the tangent at A (PQ) is equal to the angle that it subtends on the opposite side of the circumference.⇒ ∠BAQ = ∠ACB 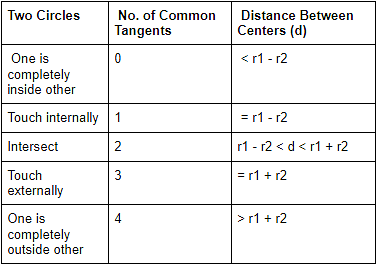