The document Important Points - Structure of Atom Class 9 Notes | EduRev is a part of the Class 9 Course Science Class 9.
All you need of Class 9 at this link: Class 9 Fundamental particles of an atom

Three particles; electron, proton and neutron from which an atom is consisted of, are called fundamental particles of an atom or subatomic particles. This was based on an experiment in which α – particles were bombarded on a thin gold foil. 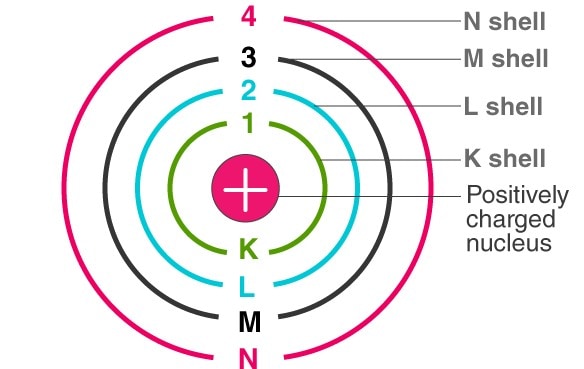 Arrangement of electrons in an atom Ques. Is it possible for the atom of an element to have one electron, one proton and no neutron? If so, name the element.

Ans. Yes, it is true for the hydrogen atom which is represented as 1H1 . It is having one electron, one proton and no neutron.

Ques. What do you understand by the ground state of an atom?

Ans. The state of an atom where all the electrons in the atom are in their lowest energy levels is called the ground state.

Ans. J.J. Thomson discovered the sub-atomic particle electron and proved that it existed without ever being able to see or isolate one.

Ques. Who discovered the nucleus of the atom?

Ans. Rutherford and his co-workers performed alpha-particle scattering experiments which led to the discovery of the atomic nucleus of atom.