The document Important Questions - The Indian Constitution, SST, Class 8 | EduRev Notes is a part of the Class 8 Course Social Studies (SST) Class 8.
All you need of Class 8 at this link: Class 8

Q.1. What is democracy?Ans. Democracy is a form of government in which the people can vote for representatives to govern the state on their behalf.Q.2. Define the term constitution. Why do we need a constitution?Ans. In large societies, in which different communities of people live together, the rules are formulated through consensus, and in modern countries, this consensus is usually available in written form. A written set of principles according to which a state or organization is governed is called a constitution. 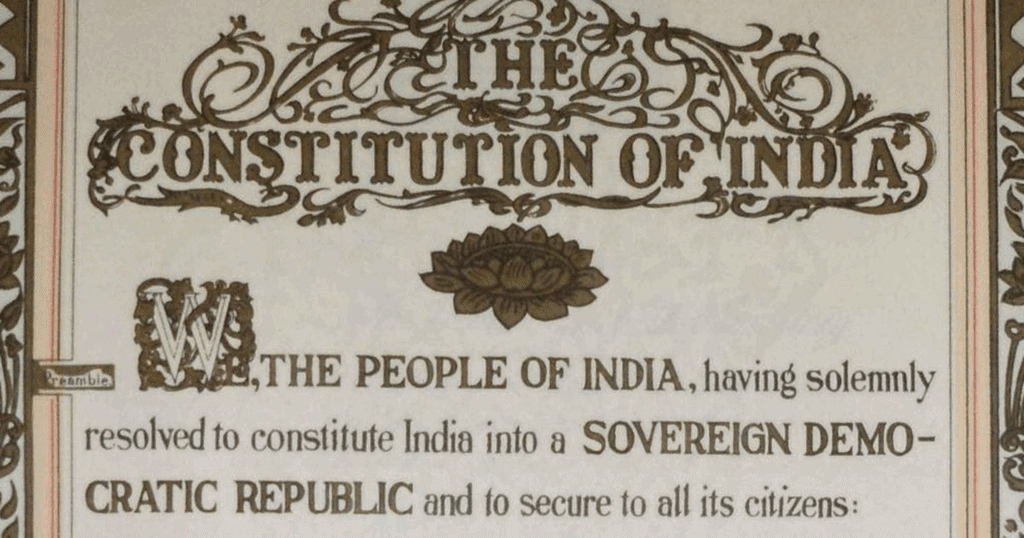 Q.3. Differentiate between a monarchy and a democracy?

Q.4. Explain the functions of organs of government.

Ans.According to the constitution, there are three organs of the state:

Q.5. What do you mean by the tyranny of the majority?

(b) Parliamentary Form of Government

According to the Constitution, there are three organs of the state. These are the legislature, the executive, and the judiciary.

In order to prevent the misuse of power by any one branch of the state, the constitution says that each of these organs should exercise different powers. Through this, each organ acts as a check on the other organs of the state and this ensures the balance of power between all three tiers of government.(i) Central government(ii) State government(iii) Panchayati raj

(e) Secularism
Q.7. What is a constitutional monarchy? Give an example.
Ans. In a constitutional monarchy, a country is ruled by a king or a queen, but the country has a constitution that the king follows.Example:
Q.8. What will happen if there is no restriction to the powers of elected representatives?
Ans. If there would have been no restrictions to the powers of elected representatives, they may have misused their powers. They could have used their powers in doing wrong deeds. They could even have supported a single religion.Q.9. Explain how the constitution of India gets made?
Ans.

Q.10. What is the importance of the constitution?

Ans. The constitution plays an important role in laying out certain guidelines that govern decision-making within society.