An input device is a piece of computer hardware equipment used to provide data and control signals to an information processing system such as a computer or information appliance. Examples of input devices include keyboards, mouse, scanners, digital cameras, joysticks, and microphones.Following are some of the important input devices which are used in a computer −

Keyboard: The keyboard is a basic input device that is used to enter data into a computer or any other electronic device by pressing keys. It has different sets of keys for letters, numbers, characters, and functions. Keyboards are connected to a computer through USB or a Bluetooth device for wireless communication.Keyboards are of two sizes 84 keys or 101/102 keys, but now keyboards with 104 keys or 108 keys are also available for Windows and Internet.The keys on the keyboard are as follows − 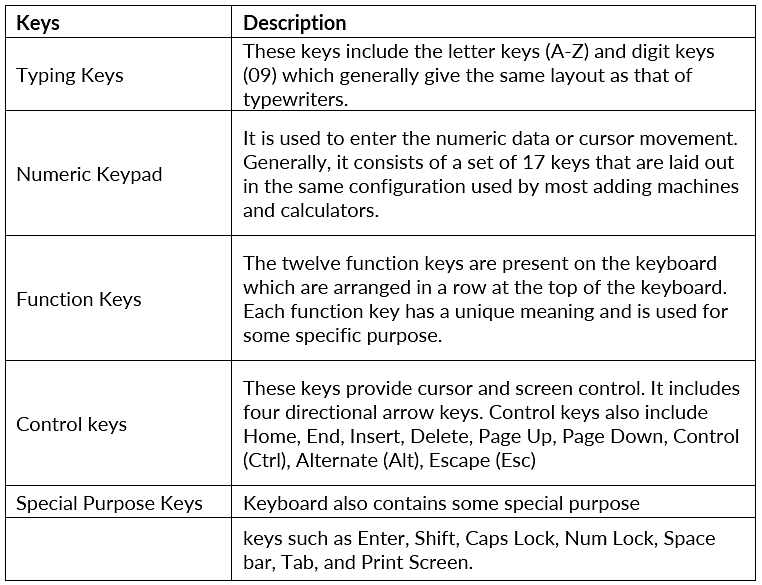 Mouse: The mouse is a hand-held input device which is used to move cursor or pointer across the screen. It is designed to be used on a flat surface and generally has left and right button and a scroll wheel between them.

Laptop computers come with a touchpad that works as a mouse. It lets you control the movement of cursor or pointer by moving your finger over the touchpad. Some mouse comes with integrated features such as extra buttons to perform different buttons.

Common Types of the Mouse

Scanner: The scanner uses the pictures and pages of text as input. It scans the picture or a document. The scanned picture or document then converted into a digital format or file and is displayed on the screen as an output. It uses optical character recognition techniques to convert images into digital ones.Some of the common types of scanners are as follows:

Joystick: A joystick is also a pointing input device like a mouse. It is made up of a stick with a spherical base. The base is fitted in a socket that allows free movement of the stick. The movement of stick controls the cursor or pointer on the screen.

The output device displays the result of the processing of raw data that is entered in the computer through an input device. There are a number of output devices that display output in different ways such as text, images, hard copies, and audio or video.

An output device is any piece of computer hardware equipment which converts information into human-readable formFollowing are some of the important output devices used in a computer.

Monitors, commonly called as Visual Display Unit (VDU), are the main output device of a computer. It forms images from tiny dots, called pixels that are arranged in a rectangular form. The sharpness of the image depends upon the number of pixels.There are two kinds of viewing screen used for monitors. 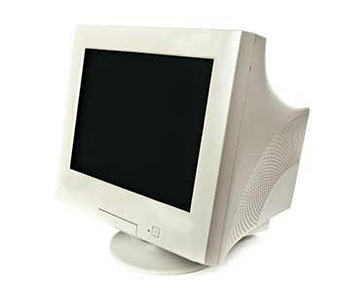 The CRT display is made up of small picture elements called pixels. The smaller the pixels, the better the image clarity or resolution. It takes more than one illuminated pixel to form a whole character, such as the letter ‘e’ in the word help.A finite number of characters can be displayed on a screen at once. The screen can be divided into a series of character boxes - fixed location on the screen where a standard character can be placed. Most screens are capable of displaying 80 characters of data horizontally and 25 lines vertically.There are some disadvantages of CRT − 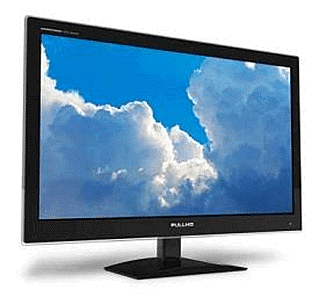 A printer produces hard copies of the processed data. It enables the user, to print images, text or any other information onto the paper.Based on the printing mechanism, the printers are of two types: Impact Printers and Non-impact Printers.

1. Impact Printers: They are of two types:

2. Non-impact printers: They are of two types: 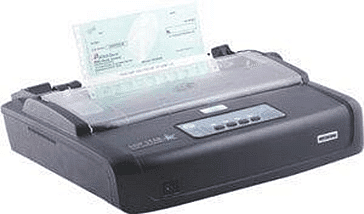 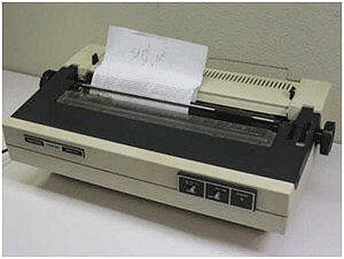 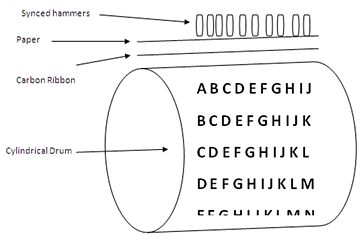 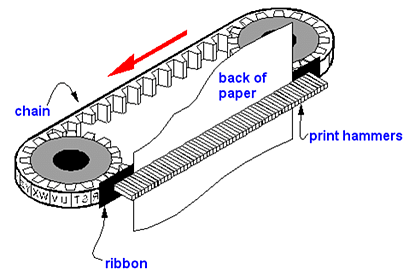 Non-Impact Printer They print characters and images without direct physical contact between the paper and the printing machinery. These printers can print a complete page at a time, so they are also known as page printers.The common types of non-impact printers are Laser printer and Inkjet printer:

Laser Printer: A laser printer is a non-impact printer that uses a laser beam to print the characters. The laser beam hits the drum, which is a photoreceptor and draws the image on the drum by altering electrical charges on the drum. The drum then rolls in toner, and the charged image on the drum picks the toner. The toner is then printed on the paper using heat and pressure. 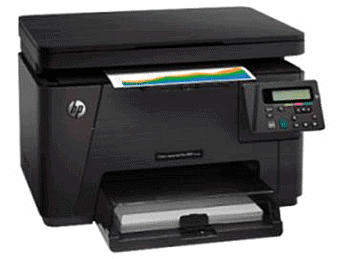 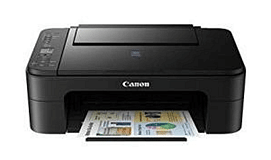 Projector: A projector is an output device that enables the user to project the output onto a large surface such as a big screen or wall. It can be connected to a computer and similar devices to project their output onto a screen. It uses light and lenses to produce magnified texts, images, and videos. So, it is an ideal output device to give presentations or to teach a large number of people.