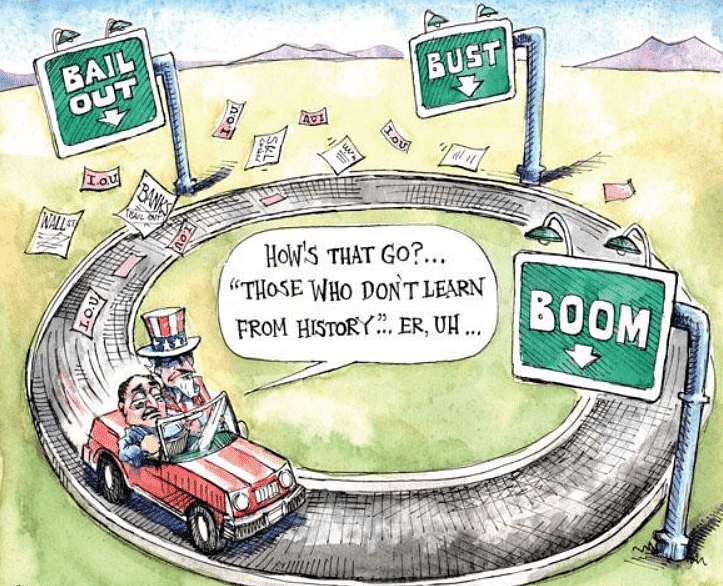 Phases of Business CycleWe have seen above that business cycles or the periodic booms and slumps in economic activities reflect the upward and downward movements in economic variables. A typical business cycle has four distinct phases. These are:

2. Peak or boom or Prosperity

The four phases of the business cycle are shown in Figure 1. The dashed line (marked ‘trend’) represents the steady growth line or the growth of the economy when there are no business cycles. The figure starts with ‘trough’ when the overall economic activities i.e. production and employment, are at the lowest level. As production and employment expand, the economy revives, and it moves into the expansion path. However, since expansion cannot go on indefinitely, after reaching the ‘peak’, the economy starts contracting. The contraction or downturn continues till it reaches the lowest turning point i.e. ‘trough’. However, after remaining at this point for some time, the economy revives again and a new cycle starts. Let's now discuss the different phases of business cycle in detail.