About the Poet - Robert Frost

Introduction to the Poem

First published in 1916, “The Road Not Taken” shows Frost at his best as a pastoral poet who combines rustic simplicity with hidden, indirect and implied meanings. Rhyming abaab, the poem has remarkable simplicity and clarity of style and language.

Theme/ Central Idea of the Poem

“The Road Not Taken” deals with the dilemmas that man faces in life. The two roads serve as a metaphor for the choices we make in life. Life throws up many alternatives. Man being an individual cannot take up all choices. 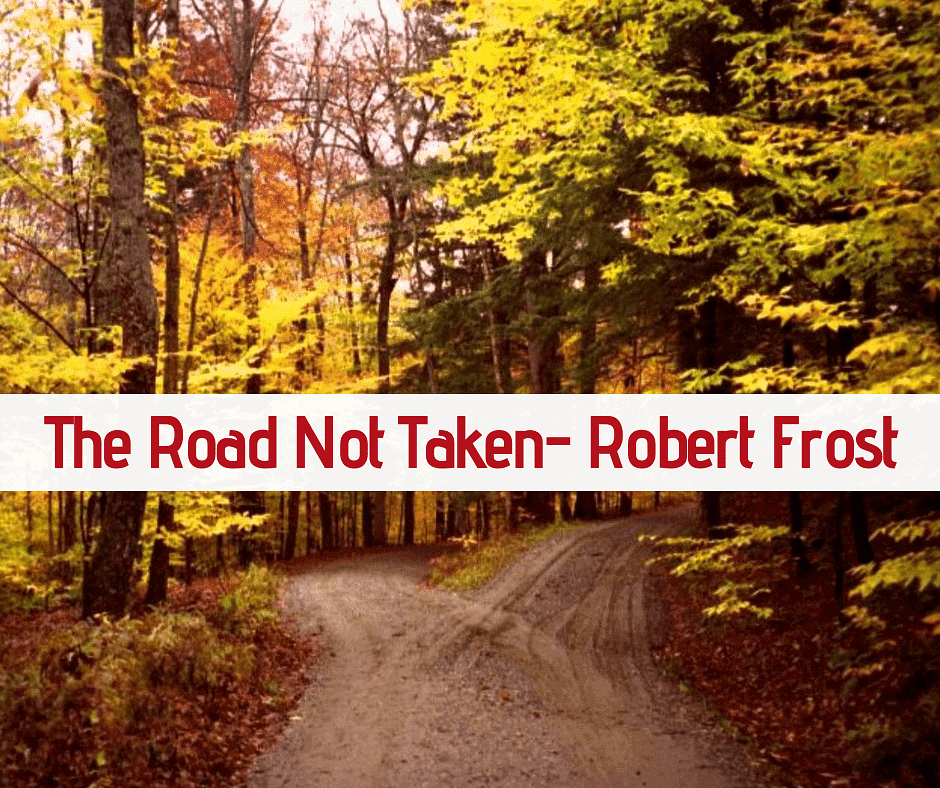 The choice we make has far-reaching consequences. Hence, our decision is a shot in the dark though our future is dependent on it. If the choice made by us happens to be not correct, we have to face the consequences as steps once taken cannot be retracted.

'The road’ is the symbol of the choice made by us in life. Many times, we regret the choice made by us, but what is done once cannot be undone. Man yearns for what he has denied himself in life, rather than what he has chosen. Hence, the poet has given his poem the title “The Road Not Taken”. Some critics also call this poem ‘The World Less Traveled’.

Alliteration: It is the repetition of usually consonant sounds in a sequence of words. Only when the recurrent sound occurs in a conspicuous position at the beginning of a word or of a stressed syllable within a word. It gives a musical effect and also enhances the poem’s stress.

The two roads described by the poet are the symbols of the challenges and choices that life offers. The beaten track symbolizes the easier path and the less travelled road is a more challenging path. The selection of the difficult road by the poet symbolizes man’s urge to live life boldly.

The document Introduction:- The Road Not Taken Notes | Study English Class 9 - Class 9 is a part of the Class 9 Course English Class 9.
All you need of Class 9 at this link: Class 9
Join Course