What are the Numbers?Any number is a symbol we use to denote a quantity are numbers.

Multiplication/ Division of 2 negative numbers is a positive number, for example -2 × -4 = 8;  -4 /-2 = 2. With these concepts clear, we now proceed to the main topic of our discussion.What is an Integer?

An integer is any number that is included in a set of combination of all the above numbers types. i.e. if we construct a set of all natural numbers, whole numbers, and negative numbers then such a set is called an Integer set, it can be represented as,

The set of integers does not include fractions i.e p/q form or numbers which are in decimals eg: 2.4, 3.2 etc. The set of integers is an infinite set which means it has no ending on either side. That is because for every number on either the positive or negative side there is always one another number at an increment or decrement of 1 respectively. Hence the set of integers cannot be bound and is thus inexhaustible.

Integer is a Latin word that means whole. An integer may comprise a set of whole numbers that include zero, positive number and negative number. Integers, however, do not include decimals, percents, and fractions. For understanding the basics of integers we need to represent it on a number line. The figure below shows numbers marked on a number line: 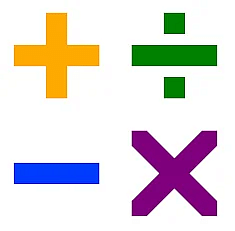 A number that neither a positive nor a negative is a zero. It occupies the centre of the number line and is a neutral number.

How do Operations work?

When we use a number line to do mathematical operations like addition and subtraction we follow the underwritten points:

Integers are generally used to signify two contradicting situations. These are not just any numbers, they are numbers with signs. Positive numbers and negative numbers can have varying applications. The most real application of integers is measuring the temperature.