The document Introduction - Letter Writing Class 9 Notes | EduRev is a part of the Class 9 Course English Class 9.
All you need of Class 9 at this link: Class 9

Letter writing is a an important part of a student for writing skill. It is one of the part of this skill. A letter is a message of one person to another person written on a paper or digital paper containing some related information. Letter brings to person closer by the conversation and it is a traditional idea to fetch information to some other parties. It can be among relatives, friends, officers, businessmen, students and teachers, principal, blood relations like mother, father, brother and sister. 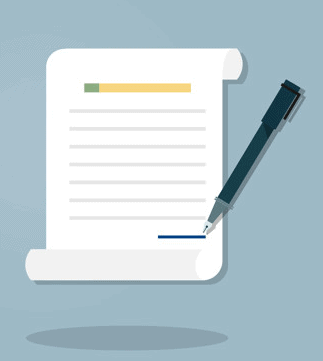 1. Formal Letters: Formal letters are those letters which have formal information from one person to other one. These kinds of letters include business letters, official letters, applications etc.

(i) Business Letters: These letters are used as a communicative tools between to businessmen or traders, firms and companies and customers to businessmen.

(ii) Official Letters: These kinds of letters are used to communicate with government's bodies or offices. Applications are also included in such category. These can also include letter to newspapers, reference letters, job letters etc.

2. Informal Letters: These types of letters are written to relatives or friends. These also can include invitations etc. Such kinds of letters are also known as personal letter or social letter. There are personal information or discriptions in these letters.