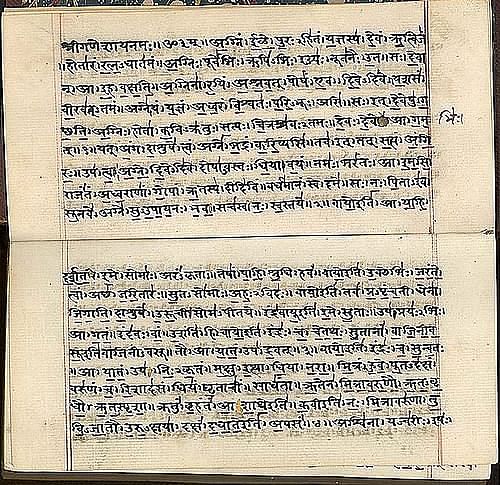 The Vedas are the earliest manuscripts

The Rig Veda is considered to be the earliest of hymns available, and so, we shall start by examining the Rigveda for an understanding of the Early Vedic period and then go on to other Vedas and allied texts which are placed later. This exercise is necessary for two reasons. 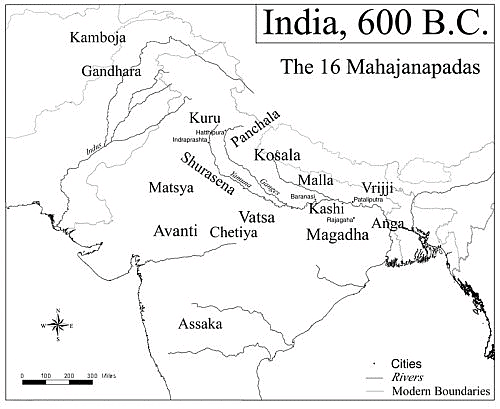 Was the Aryan invasion a myth or a reality?

Let us see to what extent archaeological evidence help us in answering this question. Archaeologists have attempted to relate the various post-Harappan cultures with the Aryans. 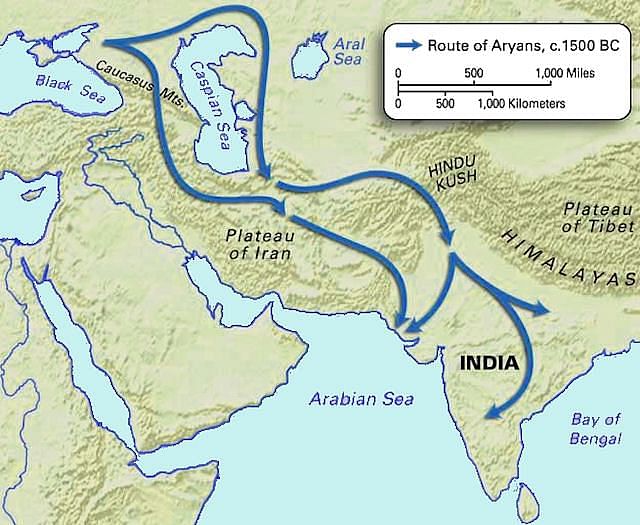 The Route of Aryans

Thus literary and archaeological sources were made to support one another in order to validate the notion of migration. Linguistic similarities between the Rigveda and the Avesta are not disputed. But such similarities do not really suggest large-scale migration of people into the Indian subcontinent.

Also, the similarities which have been found between chalcolithic artefacts of India and those of Western Asia are only occasional. They also do not suggest large-scale migration of people. The concept of an "Aryan", as stated before, cannot be equated with any particular type of pottery. It also does not have any ethnic or racial significance. The 'Aryan' is, therefore, at best a vague concept, related to linguistic similarities between people.