Reaction intermediates are generated by the breaking of covalent bond of the substrate. They are short-lived species and are highly reactive.

There are six types of reaction intermediates:

An organic species which has a carbon atom bearing six electrons in its outermost orbit and has a positive charge is called a carbocation.

They have special but weak stabilization by σ bond π bond which is not allylic & benzylic. (showing remote stabilization), discovered by Olah (1996),

Through direct ionisation of

bond where X leaves the molecule with bonding pair.

(i) From Alkyl halides: By SN1 reaction conditions, by Lewis acids

Note: HNO3 is not used because it is oxidizing agent & oxidized alkene into aldehyde & ketones

Note: In some intramolecualr f.c. reactions (in Haworth synthesis etc.) both acylation & alkylation may give carbonation.

(i) Combination with a nucleophile

Carbocation may loose a proton from the adjacent atom.

(iii) Addition to an unsaturated linkage

Stability of Carbocation can be gained by

After formation of carbonation, we have to follow the following flow chart for the reaction. (i) Stability of carbocation by ring expansion: It takes place when carbocation will formed adjacent to small ring 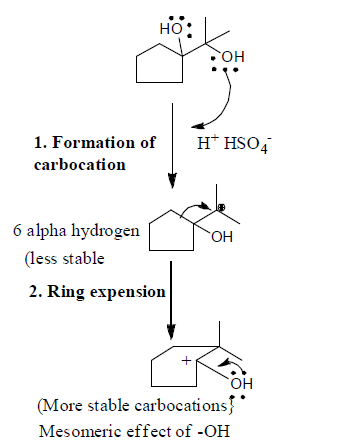 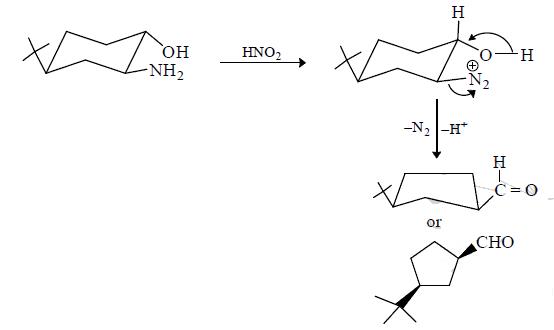 Mechanism of the 1, 2 hydride shift 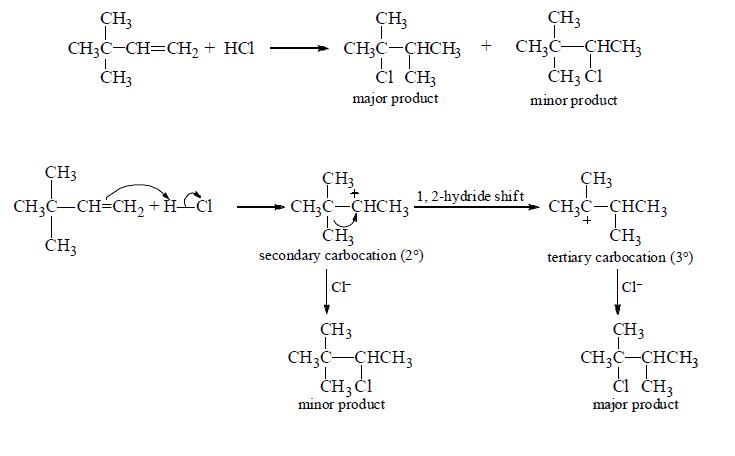 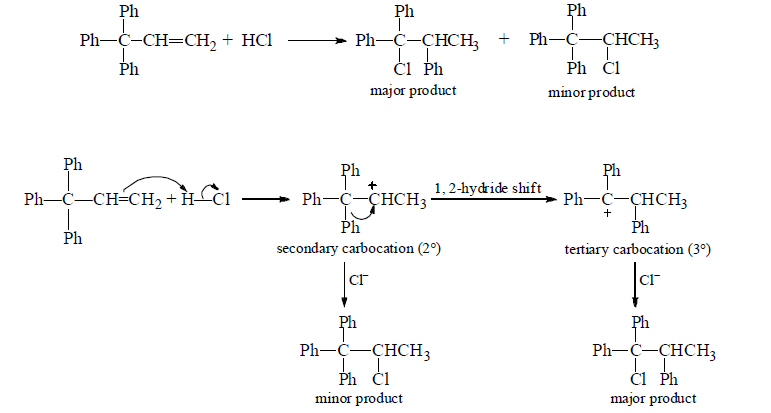 (iv)  Stability of Carbocation by Aromaticity

(a) Cations in which positive charge is present on carbon of aromatic system is known as aromatic carbocation.

(c) Cations obeying Huckel (4n + 2) rule are stable because they are aromatic and there is complete delocalization of positive charge.

(v) Stability of carbocation by resonance:

The stability of primary, secondary and tertiary allyl carbocations can be compared by

The stability of phenylmethyl carbocations can be explained by resonance.

(iii) The special stability is a result of conjucation between the bent orbitals of the cycloproyl ring and the vecant-porbital of the cationic carbon. This type of bonding is called as banna bonding.

When the positive charge is present on vinylic carbon then carbocation is known as vinyl carbocation;

This carbocation is the least stable because a positive charge is present on the electronegative carbon (sp-hybridized).

(vi) State of hybridization and stability

(decreasing stability with increasings character in its state of hybridization)

The stability of alkyl carbocations can be explained by:

(a) Inductive effect (b) Hyperconjugation

According to these inductive effects the stability order is as follows: