Out of three states of matter, liquids and gases are fluids and possess fluidity on account of their molecular motion. 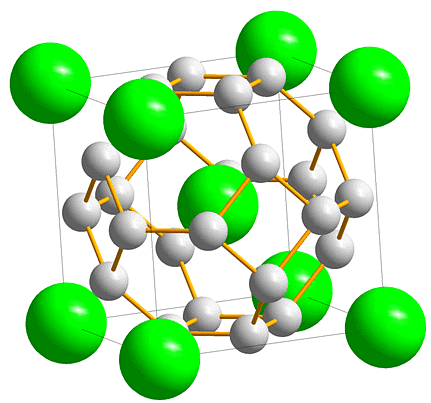 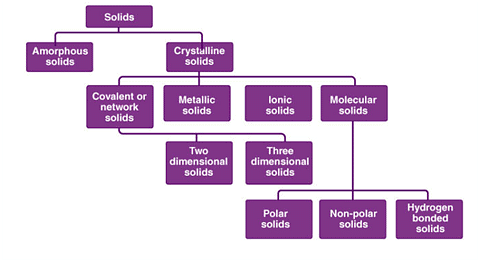 Difference between Crystalline and Amorphous Solids: 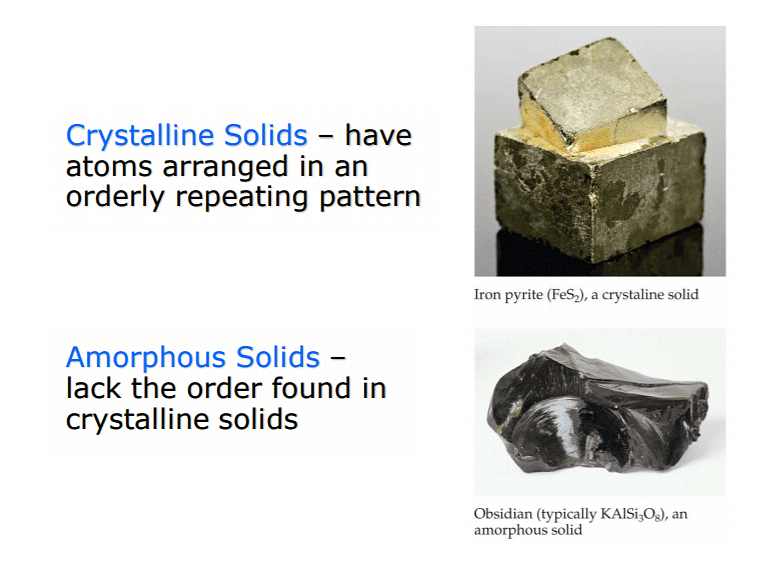 Solids are also classified as true solids and pseudo solids.

Classification of Solid Crystals on the basis of nature of bonds

The attractive forces which hold together atoms or molecules of a substance in form of groups are called bonds. 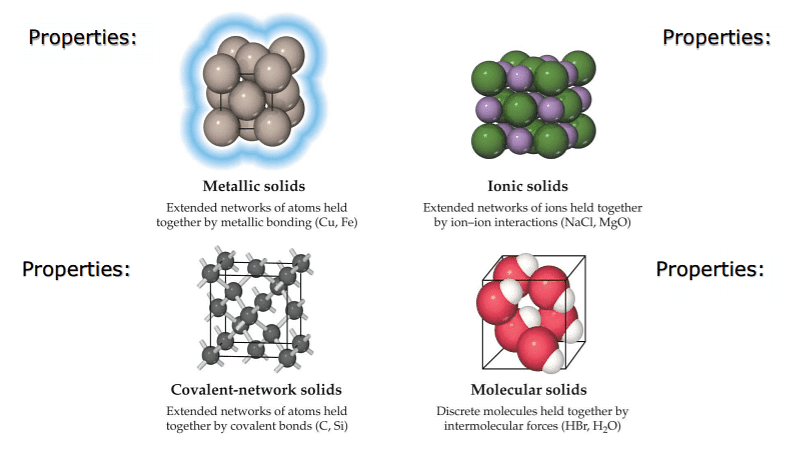 Ionic solids are built from the mutual attractions of cations and anions. The lattices in ionic crystals consist of alternately positive and negative ions in equivalent amounts arranged in order so that the potential energy of the ions in the lattice is minimum. The forces which bind the constituent ions are electrostatic in nature and are strong forces. Such crystals are normally found in ionic compounds, e.g., NaCl, MgCl2, KCl, etc.

Try yourself:Which of the following consists of either atoms or molecules formed by nonpolar covalent bonds?
Explanation

In metallic crystals, the lattice consists of an assembly of positive ions immersed in a sea of mobile electrons. The binding force is due to:

Some Solved Questions for You

Q.2. Which of the following tend to be volatile liquids or soft solids at room temperature and pressure?

Explanation: In hydrogen bonded molecular solid, the intermolecular forces are strong hydrogen bonds. Hence, it tends to be volatile liquids or soft solids at room temperature and pressure.

Q.3. Which type of solids are formed by a three-dimensional arrangement of cations and anions bound by strong electrostatic force?

Explanation: Ionic solids are made up of three-dimensional arrangement of cations and anions bound by strong electrostatic force.

Q.4. Which of the following is non-conductor of electricity at solid state but can conduct electricity in the molten state or when dissolved in water?

Explanation: Ionic Solids, when dissolved in water, tend to separate cations and the anions which allows the solution to conduct electricity. Also, they have high melting and boiling points.

Q.5. Which of the following is an orderly collection of positive ions surrounded and held together by a sea of electrons?