1) Let us consider the function in s:

2) Let us consider an LTI system with system function: 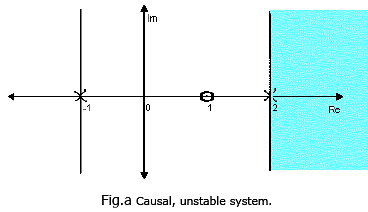 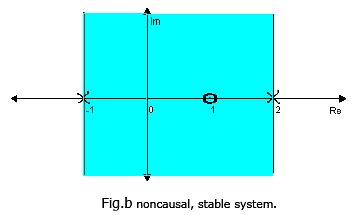 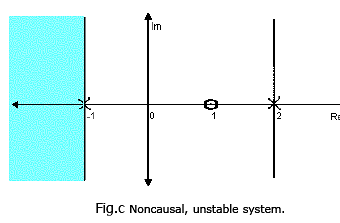 Properties of certain class of systems can be explained simply in terms of the locations of the poles. Particularly, consider a causal LTI system with a rational system function H(s). Since the system is causal, the ROC is to the right of the right most pole. Consequently, for this system to be stable (i.e. for the ROC to include the j-axis), the right most pole of H(s) must be to the left of the j-axis. i.e. 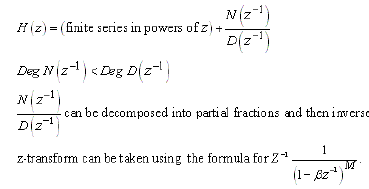 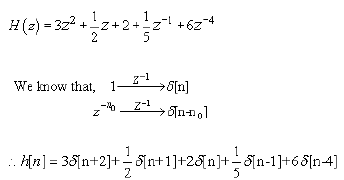 There are two poles one at z=1/4 and at z=1/3. The partial fraction expansion, expressed in polynomials in 1/z, is

As the ROC is not mentioned, we get different inverses for different possible ROCs. We do not discuss causality and stability as this may not be a system function. One possible inverse is worked out, the other two left as an exercise to the reader. 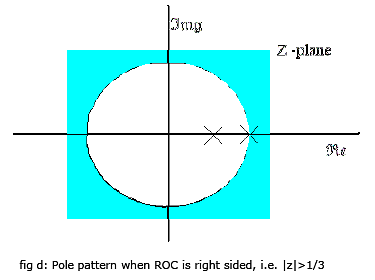 We can identify by inspection , 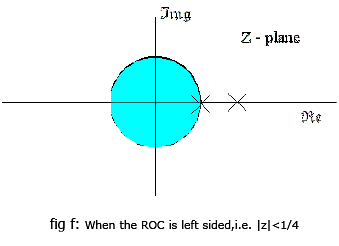