Deforestation is cutting down of trees indiscriminately in a forest area. Under the colonial rule it became very systematic and extensive.

The British were worried that the use of forests by local people and the reckless felling of trees by traders would destroy forests and hence invited German expert Dietrich Brandis as first Inspector General of Forests in India.

Brandis set up the Indian Forest Service in 1864 and helped formulate the Indian Forest Act of 1865. The Imperial Forest Research Institute was set up in Dehradun in 1906. Scientific forestry was taught there. In the scientific forestry system, forests with different kinds of trees were replaced by plantations. Forest management plans were made by forest officials. They planned how much of the forest had to be cut and how much had to be replanted. 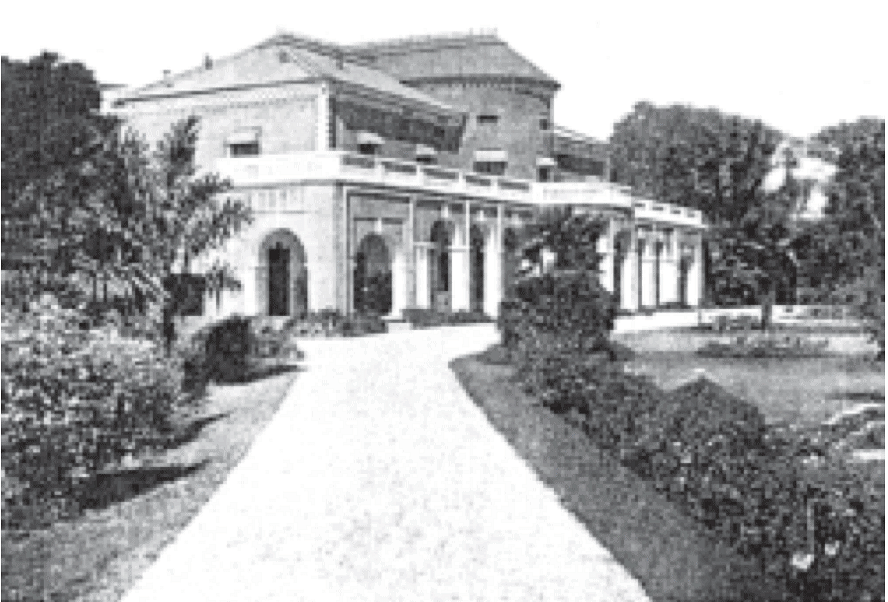 The Forest Acts divided forests into

The villagers were dissatisfied with the Forest Acts. They were now forced to steal wood from the forests. If they were caught, they were punished.

Forest Rules and CultivationShifting cultivation or swidden agriculture was the agricultural practice in many parts of Asia, Africa and South America. The colonial foresters did not favour this system as it made it difficult for the government to calculate taxes. In addition, the forest officials saw in it the danger of fire and also that no trees could grow on this kind of land.

Hunting and Forest Laws : The forest laws forbade the villagers from hunting in the forests but encouraged hunting as a big sport. They felt that the wild animals were savage, wild and primitive, just like the Indian society and that it was their duty to civilise them.

New Trade and New Employment : New opportunities opened in trade as the forest department took control of the forests, e.g., the Mundurucu peoples of the Brazilian Amazon. With the colonial influence trade was completely regulated by the government. Many large European trading firms were given the sole right to trade in forest products of a particulate area. Many pastoral communities lost their means of livelihood. New opportunities of work did not always mean improved well-being for the people.

Forest communities rebelled against the changes imposed upon them. The people of Bastar were one such group. The initiative was taken by the Dhurwas of the Kanger forest where reservation first took place. The British sent troops to suppress the rebellion. It took them three months to regain control. A victory for the people of Bastar was that the work on reservation was suspended and the area was reduced to half.

The Kalangs : They rose in rebellion against the Dutch in 1770 but their uprising was suppressed.

Scientific Forestry in Java : Forest laws were enacted in Java. The villagers resisted these laws. Forest timber was used for ships and railway sleepers.The Dutch government used the ‘balandongdiensten’ system for extracting free labour from the villagers.

Samin’s Movement : Samin of Randublatung village (a teak forest village) questioned the state ownership of forests. A widespread movement spread. They protested by lying on the ground when the Dutch came to survey it and refusing to pay taxes and perform labour.

World Wars and Deforestation : The world wars had a major impact on forests. The forest department cut freely to meet the British demands. The Dutch followed the scorched earth policy of destroying saw mills, burning logs of teak so that the Japanese could not benefit from it. The Japanese forced the villagers to cut down forests, when they occupied the area.

New Developments : Conservation and preservation of forests has now become the focus rather than timber. It has also been realised that if forests are to survive, the local community needs to be involved. There are many such examples in India where communities are conserving forests in sacred groves. This looking after is done by each member of the village and everyone is involved.

2.   Tropics. Areas with hot, steamy and humid climate, usually near the equator.

3.   Logging. Selective cutting of useful timber wood as different from the wholesale clearance of forests. Usually involves not clear-cutting but the “creaming” of the forest’s small proportion of commercially valued species. However, the process of cutting and removing selected trees amid dense foliage and on delicate soils usually causes far more destruction of vegetation and wildlife than the bare statistics of extracted timber would suggest.

4.   Terra Nullius. In its simplest sense it means land belonging to no one. Antarctica is terra nullius.

9.   Pargana. A cluster of villages also an administrative unit.