What is Food Security?

Food security means availability, accessibility and affordability of food to all people at all times. 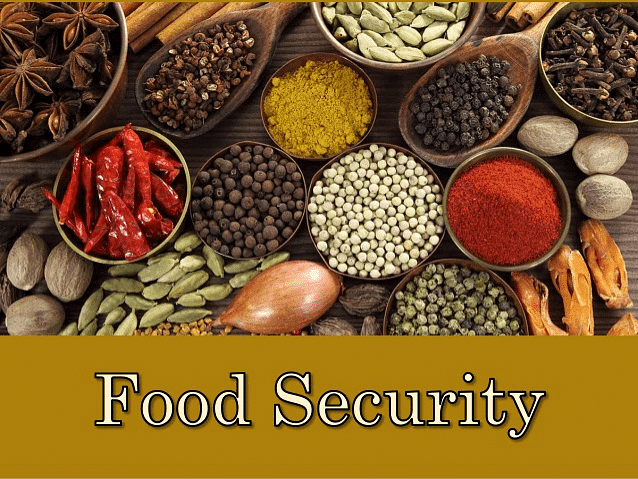 The poorest section of the society remains food insecure all the time. People above the poverty line might also feel food insecure in times of natural calamity like earthquakes, drought, flood, tsunami, etc.

Hunger has chronic and seasonal dimensions. Poor people suffer from chronic hunger and are food insecure all the time. Seasonal hunger is caused by the seasonal nature of agricultural activities in rural areas. In urban areas, seasonal hunger occurs because of the casual type of work. Thus, seasonal hunger exists when people are unable to get work for the whole year.

Try yourself:Hunger is of which type?
Explanation

Hunger has seasonal and chronic dimensions.
Seasonal hunger is the type of hunger that exists when a person is unable to get work for the entire year is called seasonal hunger. Seasonal hunger is related to cycles of food growing and harvesting. Chronic hunger is a consequence of diets persistently inadequate in terms of quantity and/or quality.

Need for Self-sufficiency in Food Grains

Since the advent of the Green Revolution in the 1960s, the country has avoided famine, even during adverse weather conditions. India has become self-sufficient in food grains during the last 30 years because of the variety of crops grown all over the country. Also, we have developed a food security system.

What is Buffer Stock?

Buffer stock is the stock of food grains (wheat and rice) procured by the government through the Food Corporation of India (FCI). The FCI purchases wheat and rice for the government from the farmers of surplus states at pre-announced prices. This price is called the ‘minimum support price’.

PDS refers to a system through which the food procured by the FCI is distributed among the poor through government-regulated ration shops. The consumers are issued ration cards.

There are three kinds of ration cards:

In the wake of the high incidence of poverty levels in the mid-1970s, three important food intervention programmes were introduced:

In 2000, two special schemes were launched viz. Antyodaya Anna Yojana (AAY) and the Annapurna scheme (APS) with special target groups of the poorest of the poor and indigent senior citizens, respectively.

Try yourself:Antyodaya cards are given to the
Explanation

Antyodaya cards are the ration cards for the poorest of the poor people. Antyodaya ration cards are issued to such families who have the income of less than Rs. 250 per person per month.

Paradox of Excess Stocks and Starvation

In fact, India has experienced a paradoxical situation in recent years. While the granaries (godowns) of the government are overflowing with excess stocks of food, we also find people without food. The main reason for this unfortunate situation is that many poor families do not have enough money or income to buy food.