The document Key Concepts Chapter 5 - The Age of Industrialisation, Class 10, SST (History) | EduRev Notes is a part of the Class 10 Course Social Studies (SST) Class 10.
All you need of Class 10 at this link: Class 10

SECTION A: BEFORE THE INDUSTRIAL REVOLUTION 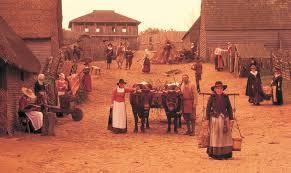 SECTION B: HANDLOOM AND STEAM POWER

Machines played the following role in the 19th century:

There was no labour shortage. Wages were low.

SECTION C: INDUSTRIALISATION IN THE COLONIES 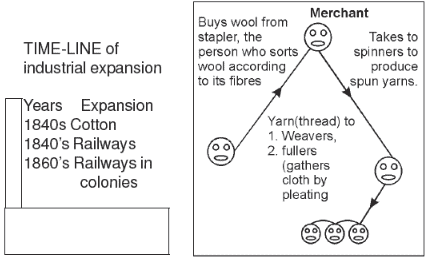 Where Did the Workers Come From?

CONCLUSION
The age of industries has meant major technological changes, growth of factories, and the making of a new industrial labour force. Hand technology and small-scale production remained an important part of the industrial landscape.