The document Key Concepts Chapter 1 - The French Revolution, Class 9, SST (History) | EduRev Notes is a part of the Class 9 Course Social Studies (SST) Class 9.
All you need of Class 9 at this link: Class 9

The Struggle to Survive

The population of France grew and so did the demand for grain. The gap between the rich and poor widened. This led to subsistence crises. 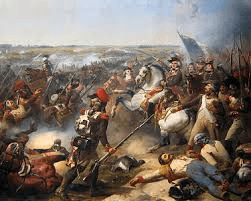 The struggle of people for survival

A Growing Middle Class Envisages an End to Privileges

This estate was educated and believed that no group in society should be privileged by birth. These ideas were put forward by philosophers such as Locke English philosopher and Rousseau French philosopher. The American constitution and its guarantee of individual rights were an important example of the political theories of France. These ideas were discussed intensively in salons and coffee houses and spread among people through books and newspapers. These were even read aloud. 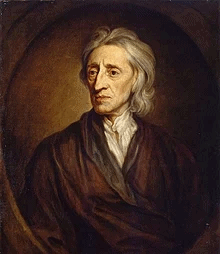 The Outbreak of the Revolution

The French Revolution went through various stages. When Louis XVI became king of France in 1774, he inherited a treasury which was empty. There was growing discontent within the society of the Old Regime.

Did Women have a Revolution?From the very beginning, women were active participants in the events which brought about so many changes in French society. Most women of the third estate had to work for a living. Their wages were lower than those of men. In order to discuss and voice their interests, women started their own political clubs and newspapers. Women showing their role in the revolutionOne of their main demands was that women must enjoy the same political rights as men. Some laws were introduced to improve the position of women. Their struggle still continues in several parts of the world. It was finally in 1946 that women in France won the right to vote.

The Abolition of Slavery

There was a triangular slave trade between Europe, Africa, and the Americas. In the 18th century, there was little criticism of slavery in France. No laws were passed against it. It was in 1794 that the convention freed all slaves. But 10 years later slavery was reintroduced by Napoleon. It was finally in 1848 that slavery was abolished in the French colonies. The Revolution and Everyday LifeThe years following 1789 in France saw many changes in the lives of men, women and children. The revolutionary governments took it upon themselves to pass laws that would translate the ideals of liberty and equality into everyday practice.

One important law that came into effect was the abolition of censorship. The ideas of liberty and democratic rights were the most important legacy of the French Revolution. These spread from France to the rest of Europe during the 19th century.

In 1804, Napoleon crowned himself emperor of France. He set out to conquer neighbouring European countries, dispossessing dynasties and creating kingdoms where he placed members of his family. He saw his role as a modernizer of Europe. He was finally defeated at Waterloo in 1815.