Data-flow analysis derives information about the dynamic behavior of a program by only examining the static codeExamples:-

➤ Definition:- A variable is live at a particular point in the program if its value at that point will be used in the future (dead, otherwise).∴ To compute liveness at a given point, we need to look into the future

➤ What is the live range of b? 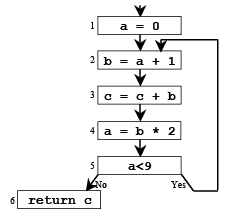 Variables a and b are never simultaneously live, so they can share a register

➤ Definition:- A CFG is a graph whose nodes represent program statements and whose directed edges represent control flow 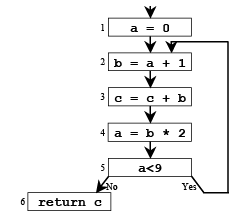 The Flow of Liveness

➤ We have liveness on edges- How do we talk about liveness at nodes? 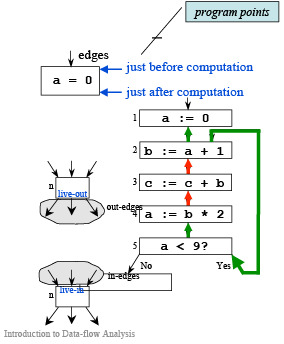 (1) Generate liveness: If a variable is in use[n], it is live-in at node n

(2) Push liveness across edges: If a variable is live-in at a node n then it is live-out at all nodes in pred[n]

(3) Push liveness across nodes: If a variable is live-out at node n and not in def[n] then the variable is also live-in at n

This is iterative data-flow analysis (for liveness analysis) 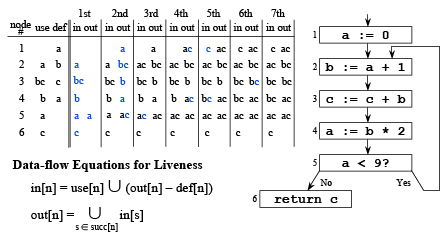 Iterating Through the Flow Graph Backwards 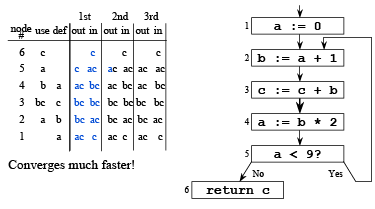 ➤ Consider a program of size N

➤ One variable at a timeInstead of computing data-flow information for all variables at once using sets, compute a (simplified) analysis for each variable separately 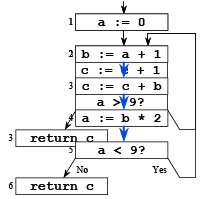 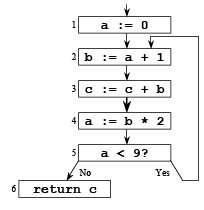 ➤ Solution X Our solution as computed on previous slides 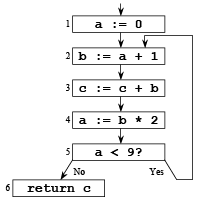 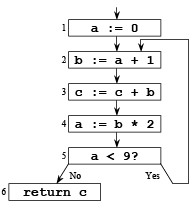 The Need for Approximations

No compiler can statically know all a program’s dynamic properties!