Q.2. Define irrigation and its various methods and explain its two methods which conserve water.Ans. Irrigation is the artificial application of water to crops at different intervals. The time and frequency of irrigation varies from crop to crop, soil to soil and season to season.

Two methods of irrigation are 2. Modern methods of irrigation helps us to use water economically, it involves following methods:

Sprinkler system: In this system, perpendicular pipes, having rotating nozzles on top, are joined to the main pipeline at regular intervals. When water is allowed to flow through the main pipe under pressure with the help of a pump, it sprinkles from the rotating nozzles. It gets sprinkled on the crop as if it is raining.
Example: It is used mostly on uneven land. 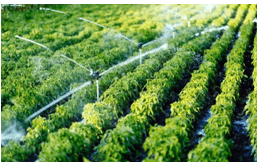 Drip system: In this system water falls drop by drop just at the position of the roots. So it is called drip system. It is the best technique for watering plants, trees and garden. This system provides water to plants drop by drop, and water is not wasted at all.
Example: watering fruit plants, gardens and trees. 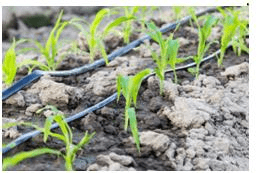 Q.3. Describe the importance of weedicides, manures and fertilizers in good agricultural practice.Ans. Weeds: Weeds are unwanted plants that grow along with crop plants and compete with them for water, nutrients, space and light, thus they affect growth of crop plants. Some of the weeds are poisonous for animals and human beings and they interfere even in harvesting of crop plants.
Example: Wild oat, grass. 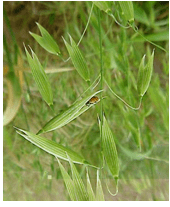 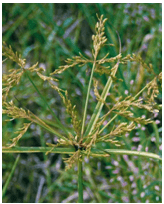 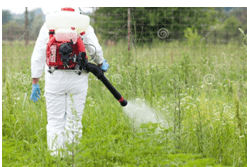 Manure and fertilizers are added to the soil to replenish it with nutrients to ensure healthy growth of plants. Manures like animal waste, plant residues and fertilizers like urea, NPK are used for this purpose. 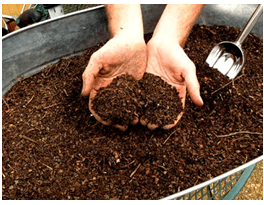 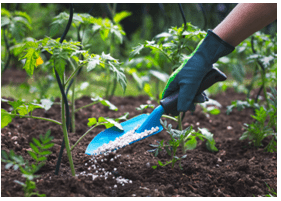 Q.4. Explain harvest festivals.Ans. A Harvest Festival is an annual celebration that occurs around the time of the main harvest of a given region. The efforts of the farmer of past season borne fruit in the form of crop, laden with grain, at this point they celebrate harvest festival to express their joy and happiness. Special festivals associated with the harvest season are Pongal, Baisakhi, Holi, Diwali, Nabanya and Bihu.Q.5. Explain how continuous plantation of crops in a field affects the quality of soil.Ans. Crop rotation is the practice of growing a series of different types of crops in the same area in sequential seasons. Growing the same type of in the same place for many years in a row disproportionately depletes the soil of certain nutrients. With rotation, a crop that leaches the soil of one kind of nutrient is followed during the next growing season by a dissimilar crop that returns that nutrient to the soil or draws a different ratio of nutrients. For example, rice followed by cotton.Q.6. Differentiate between mixed cultivation and crop rotationAns. In mixed cultivation, two or more different types of crops are sown in a particular field at the same time.For example, pea plants can be grown in the same field along with a cereal like wheat.Crop rotation is a practice of growing two or more dissimilar crops in the same field one after the other. The nutrient requirements of a particular crop are kept in mind when crops are grown on a rotational basis.For example, it is a known fact that paddy uses up a lot of nitrogen from the soil. When planning for the subsequent crop to be sown, this fact is kept in mind. So leguminous plants like soya bean or pea are purposely sown so that this loss of nitrogen can be replaced naturally by them.Q.7. Write a brief note on ‘Animal Husbandry’.Ans. Animal husbandry is the management and care of farm animals by humans for profit. In animal husbandry, genetic qualities and behavior are considered to be advantageous to humans for further development. Animal husbandry has been practiced for thousands of years since the first domestication of animals. Humans are dependent on animals in many ways. The animals are domesticated by humans for many purposes. Depending on the usefulness of domestic animals they are categorized as: 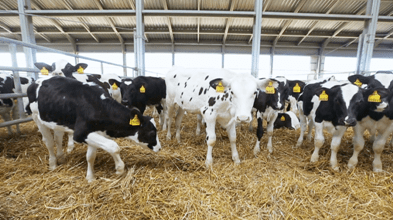 The document Long Answer Question - Crop Production And Management - Notes | Study Science Class 8 - Class 8 is a part of the Class 8 Course Science Class 8.
All you need of Class 8 at this link: Class 8
Attempt Now
Join Course