Correct Answer is Option (d)The crops that are sown in the rainy season are called Kharif crops (also known as the summer or monsoon crop) in India. Kharif crops are usually sown with the beginning of the first rains in July, during the southwest monsoon season. The Kharif crops include rice or paddy, maize, sorghum, pearl millet/bajra, finger millet/ragi (cereals), arhar (pulses), soybean, groundnut (oilseeds), cotton etc. Since paddy needs a lot of water for its growth, it is grown and cultivated in the rainy season. 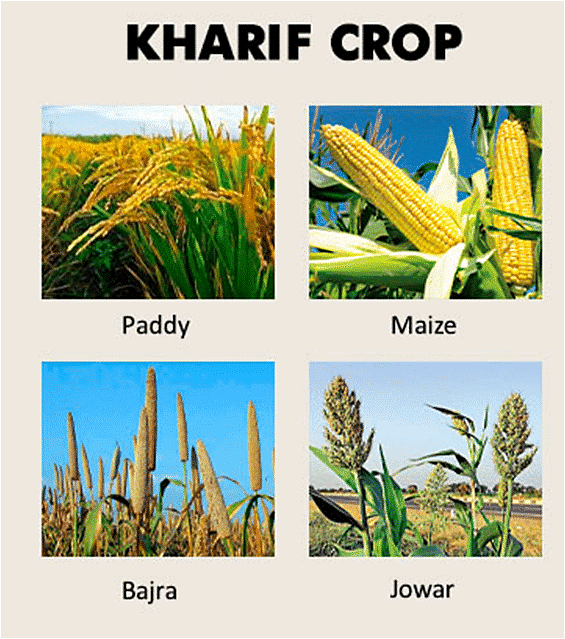 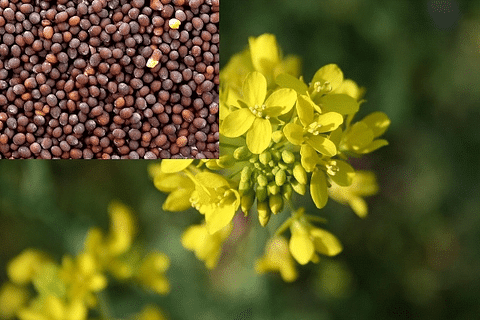 Mustard is a Rabi Crop

Correct Answer is Option (c)The kharif crops are the Monsoon crops that are grown from July to October. These are rain fed crops. For example, maize, rice, groundnut, pulses, millets etc. The rabi crops are winter crops that are cultivated from October to March. For example, wheat, barley, chickpea, mustard etc.

Correct Answer is Option (a)Wheat is a Rabi/winter season crop which is sown in the beginning of winter (October to November). Basic climatic requirements for wheat crop are moderate temperature conditions, no water logging and frost free days. It requires water supply during flowering and before tilling only.

Correct Answer is Option (b)Cotton is a kharif crop which requires 6 to 8 months to mature. ... Here the rainfall occurs after September and cotton is sown in October.

Correct Answer is Option (d)Castor seed is grown in both Rabi and Kharif seasons.

Q 9. Linseed is grown during the months of ______(a) March to June(b) October to March(c) June to September(d) March to March

Correct Answer is Option (b)Linseed is purely a cool season rabi crop. Temperate and cool climate conditions are best suited for growth. The minimum temperature regime is 10oC while the maximum is 38 oC. Thus, the main season for sowing linseed is October to November depending upon the availability of soil moisture.

Correct Answer is Option (a)Rabi crops such as pea, mustard, wheat, gram and linseed are sown at the beginning of the winter season (October to December) and harvested by March or April, hence, they are also known as winter season crops.

The document MCQ (Solution) - Crop Production Management Notes | Study Science Class 8 - Class 8 is a part of the Class 8 Course Science Class 8.
All you need of Class 8 at this link: Class 8
Join Course