It consists of the following parts: (i) Protective Coverings (Tunicae): The testis is surrounded by three layers.

(a) The tunica vaginalis is the outer covering of the testis.

(b) The tunica albuginea is a fibrous covering surrounding the testis situated under the tunica vaginalis.

(c) The tunica vasculosa consists of a network of capillaries supported by delicate connective tissue which lines the tunica albuginea. (v) Rete testis and efferentia: The seminiferous tubules are closed at one end but on the other side, they join to a network the rete testis from where fine ciliated ductules, the vasa efferentia arise. 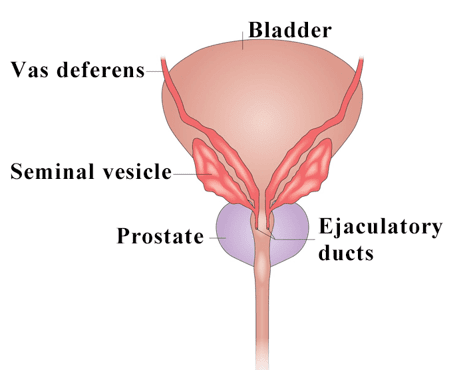 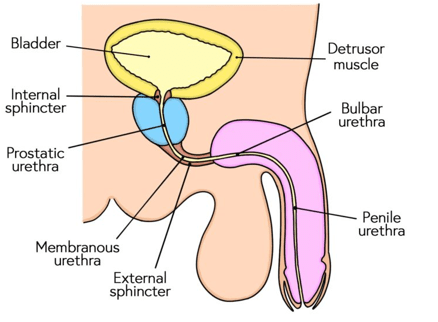 Male Accessory Glands(i) The seminal vesicles are one pair of sac-like structures near the base of the bladder.

Fructose, which is produced by the seminal vesicles, is not present anywhere else in the body, provides a forensic test for rape. The presence of fructose, in females genital tract confirms sexual intercourse.

(ii) The prostate gland is a single large gland that surrounds the urethra.

(iii) A pair of bulbourethral glands or Cowper's glands are present on either side of the membranous urethra.

Secretions of these glands constitute the seminal plasma which is rich in fructose, calcium and certain enzymes as mentioned above. The secretion of bulbourethral glands also helps in the lubrication of the penis.

Secretion of bulbourethral glands carries some spermatozoa (sperms) released before ejaculation. This is one of the reasons for the high failure rate of the withdrawal method of birth control.

3. Transfer of Sperms. The copulatory organ (e.g.. penis) transfers sperms into the vagina of the female during copulation. 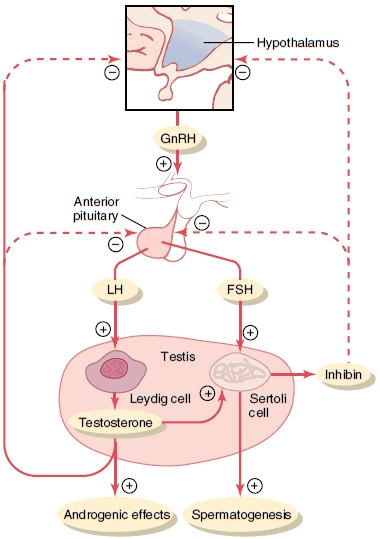 The onset of Puberty in Human Male Puberty