Constant Head TestConstant head test is suitable for coarse grained soil as sufficient discharge is required to determine the coefficient of permeability. Figure 18.1 shows the schematic diagram of constant head permeameter. The water is allowed to flow through the soil sample from a reservoir such a way that a constant water level is maintained in the reservoir by overflow. The quantity of water (Q) flowing through the soil for a particular time (t) or discharge is measured. The coefficient of permeability is determined as: 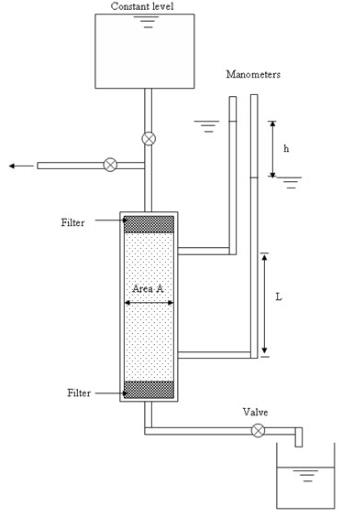 Falling head test is suitable for fine sands, silts. Figure 18.2 shows the schematic diagram of falling head permeameter. The water is allowed to flow through the soil sample and the height difference of the water level in the stand pipe for a particular time interval is measured. The coefficient of permeability is determined as:

Figure 18.3 shows the unconfined pumping test procedure. Here aquifer is underlain by an impermeable layer and pumping well is extended up to the bottom of the permeable layer as shown in Figure 18.3. Two observation wells are inserted in the aquifer. The permeability is determined as: 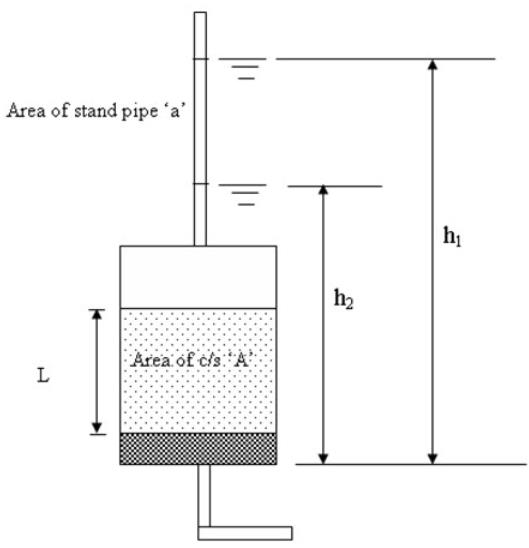