Sediment is primarily generated because of fluvial (water) and Aeolian (wind) processes. The forces which are involved in this are: a) attacking forces, which remove and transport the soil particles, b) resisting forces, which retard the erosion. 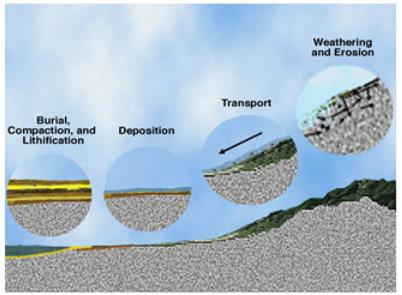 Fig. 17.1. Effect of Weathering and Gravity on Sediment Generation.

Sediment generation in a landscape is a factor of multiple natural and anthropogenic influences. Selby (1993) identifies climate and geology as the predominant factors of erosion with a close interdependency of soil type and vegetation. Out of all the sediment generating agents, the role of water in detachment, transportation and deposition is indeed very significant (Fig. 17.1). Since recent past, human activities favoring more to it because of increased land degradation.Sources of Sediment Generation are:

Sediment transport is the movement of solid particles (sediment), typically due to a combination of the force of gravity acting on the sediment, and/or the movement of the fluid in which the sediment is entrained. Sediment transport due to fluid motion occurs in rivers, the oceans, lakes, seas, and other bodies of water, due to currents and tides, in glaciers as they flow, and on terrestrial surfaces under the influence of wind. Sediment transport due to gravity can occur on sloping surfaces in general, including hill slopes, cliffs, and the continental shelf-continental slope boundary. Flow and sediment transport are important in relation to several engineering topics, e.g. erosion around structures, back ﬁlling of dredged channels and near shore morphological change.

Estimation of the sediment flow rates by a stream is necessary to understand the extent of erosion in the stream’s catchment and for estimating the reservoir life if one is planned to be constructed on the stream.

There are three main processes through which sediment is transported in the streams. These processes are:

Suspension: Suspended sediment is that which remains in suspension in the flowing water for a considerable period of time without contact with the stream bed.

Saltation: Movement of sediment along the stream bed because of bounce and skip on the bed.

Surface Creep: It is the movement of sediment almost in continuous contact with the stream bed. 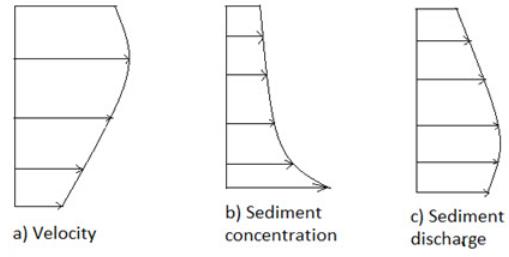 Fig. 17.2. Velocity and Sediment Distribution in a Straight Natural Stream.

The Figure 17.2 (a, b and C) shows how the velocity, sediment concentration and sediment discharge varies with the depth of flow. In first case i.e a) which is showing variation of velocity of flow with the depth, from the profile it is analyzed that maximum velocity is not at the top surface but lies somewhere below that (0.2 depth). From b) it is analyzed that as the depth of flow increases sediment concentration increases in the flow and transportation of sediment increases. In case c), the sediment discharge profile is showing that as depth increases it is increases up to some depth and later on starts decreasing.

17.2 Types of Sediments Transported along with Streams

A channel flowing in watershed transports the runoff along with the sediment. The total sediment load that is transported out of the watershed by a stream is classified into components depending upon their origin as:

17.2.1 Wash Load is the sediment originating from the land surface of the watershed and is transported to the stream channel by means of splash, sheet, rill and gully erosion. Wash load is generally composed of fine-grained soils of very small velocity.

17.2.2 Suspended Load is relatively finer bed material that is kept in suspension in the flow through turbulence eddies and transported in suspension mode by the flowing water. These particles move considerably long distances before settling on the bed and sides. The suspended load is further divided into the wash load which is generally considered to be the silt+clay sized material (< 62 μm particle diameter) and is often referred to as “fine-grained sediment”. The wash load is mainly controlled by the supply of this material (usually by means of erosion) to the river. The amount of sand (> 62 μm particle size) in the suspended load is directly proportional to the turbulence and mainly originates from erosion of the bed and banks of the river. In many rivers, suspended sediment (i.e. the mineral fraction) forms most of the transported load. Suspended load can also be classified into three grades as:

17.2.3 Bed Material Load is sediment load composed of grain sizes originating in the channel bed and sides of the stream channel.

Bed Load is relatively coarse bed material load that is moved at the bed surface through sliding, rolling and saltation. Bed load is stony material, such as gravel and cobbles that moves by rolling along the bed of a river because it is too heavy to be lifted into suspension by the current of the river. Bed load is especially important during periods of extremely high discharge and in landscapes of large topographical relief. It is rarely important in low-lying areas.

To reduce the errors in sediment measurements, site selection is required with careful observation and precautions. Sampled sediment data can be influenced by several sources of variability, including spatial which is defined by the sample  location relative to the investigated activity (MacDonald, 1992) i.e, near the stream bed sediment concentration is more, in the middle relatively less while at the top surface it is too less. Thus it is difficult to select the sampling point. To avoid or possibly reduce these errors, following points should be taken in to care for the site selection.

Frequency of sampling depends on the sediment concentration in the stream flow. It is well known that sediment concentration increases rapidly on rising phase of hydrograph.  This happens due to the action of rain drops on the soil which displaces the soil from their position resulting in sediment formation. Therefore, sediment samples should be collected more frequently at the beginning of runoff and it should be continued up to peak. The sample should be taken at every 15 minutes interval.

In case of watershed, from where total runoff is disposed off through the outlet, the collection of sample is carried out as it is the most ideal point in the whole watershed for sample collection. While in case of drainage system, gauging station should be provided at every outlet and samples are collected.

17.3.4 Observation and Collection of Sediment Samples

Silt observation posts should be located on the basis of the following points:

Delft bottle type sampler is used to measure suspended sediment transport in rivers and other water courses from the surface down to 0.1 m above the river bottom. The sediment containing water flows through a bottle shaped sampler. The shape of this sampling body induces a low pressure at the rear face in such a way that the water enters the nozzle of the sampler with almost the same velocity as the undisturbed flow. The sharp decrease of the velocity in the wide sampling chambers causes the sediment material to settle there.

The rate of bed load movement is determined by placing the sampler on the stream bed and measuring the amount of material collected in a given time. The bed load sampler is usually held in position by a rod if the stream is shallow, or by a cable boat or by trolley etc.

Bed load samplers are of different types according to their construction and principle involved. Three main types of bed load sampler are in maximum use:

17.3.5 Estimation of different Loads from Samples