An oxidizing agent (often referred to as an oxidizer or an oxidant) is a chemical species that tends to oxidize other substances, i.e. cause an increase in the oxidation state of the substance by making it lose electrons. Common examples of oxidizing agents include halogens (such as chlorine and fluorine), oxygen, and hydrogen peroxide (H2O2).

Oxidizing agents can be defined in two different ways:

The Oxidizing Reagents are classified as: 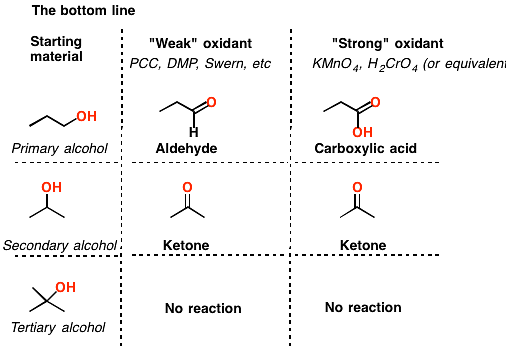 Oxidation Addition or Removal of Hydrogen

The classical procedure for the subsequent oxidation of primary alcohols to carboxylic acid via aldehydes and secondary alcohols to ketones involves treatment of the appropriate alcohol with chromium (VI) reagent.