The image of an object as seen in a mirror is its mirror reflection or mirror image. In such an image, the right side of the object appears on the left side and vice versa. A mirror-image is therefore said to be laterally inverted and the phenomenon is called the lateral inversion.

Some letters don’t change upon reflection. In other words, they are the same as that of their Mirror Images. The letters having identical mirror images are A, H, I, M, O, T, U, V, W, X, Y. Similarly, in small letters we have i, l, o, v, w, and x that have the same Mirror Image as that of their original images. The number 1 and 8 are the only two numbers with their identical mirror images.

Let us consider an example below. 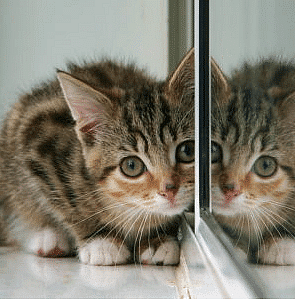 There are basically two types of questions in this section. The first kind is the letter/ Number Images. Here, you will have a  combination of letters/words/numbers. We have to find their mirror images out of given alternatives. The second is the Geometrical Images questions. In this type of questions, we deal with figures having defined geometrical shapes.