The stresses can be determined by graphically using Mohr Circle as shown in Figure 9.2. Mohr Circle is drawn in normal (σ) and shear (t) axis. The compressive normal stress is considered as positive. The shear stress that produces anti-clockwise couples on the element is considered as positive. The circle is drawn by taking O [(σ1 +σ3)/2, 0] as center and (σ1 -σ3)/2 as radius (as shown in Figure 9.2). Now from (σ3, 0) point draw a line parallel to AB plane. The line intersects the Mohr Circle at a point whose coordinates represents the normal and shear stress acting on AB plane [D(σ,  t)]. The A (σ3, 0) point is called pole or the origin of plane. 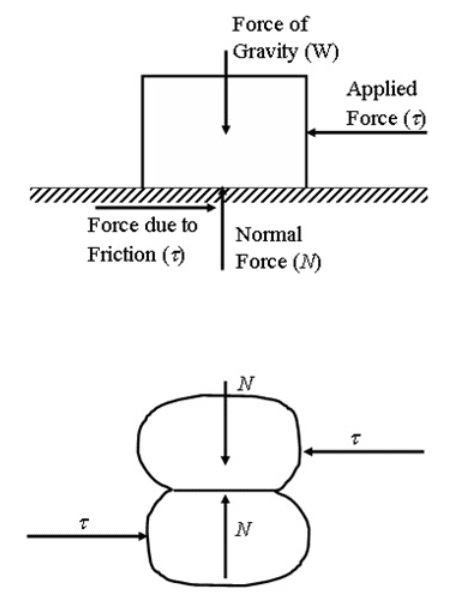 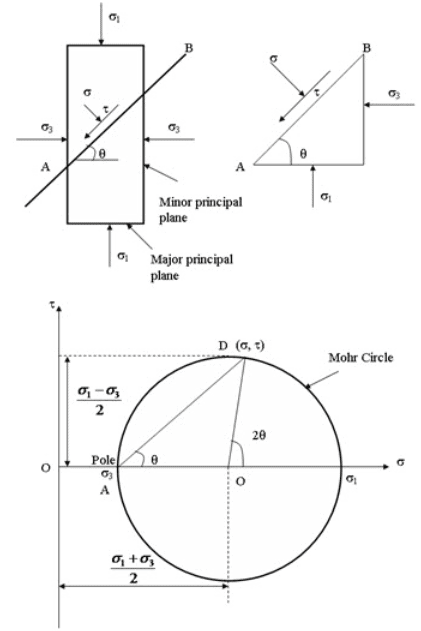