Exercise: Distinguish between curvilinear translation and rotation about a fixed axis 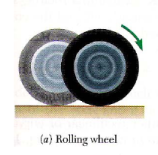 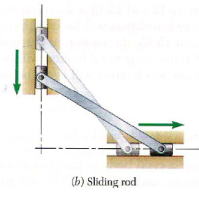 General Plane Motion. Any plane motion which is neither a translation or a rotation is referred as a general plane motion. Plan motion is that in which all the particles of the body move in parallel planes. Translation and rotation are plane motions. 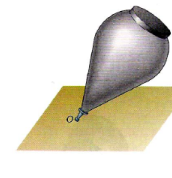 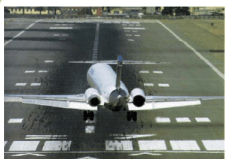 General Motion Any motion of a rigid body which does not fall in any of the cathegories above described. 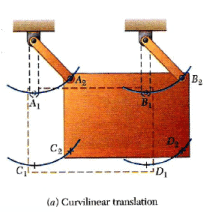 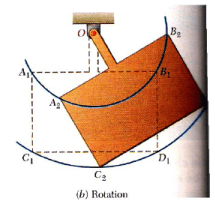 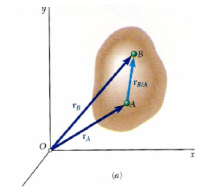 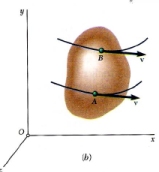 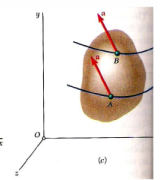 Conclusion: A rigid body in translation can be considered as a particle

will be constant in magnitude (rigid body) and in direction (translation motion), then

When a rigid body is in translation all the points of the body have the same velocity and the same acceleration.

Rotation about a fixed axis. 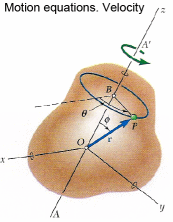 Angular velocity and angular acceleration are invariants. They are the same for all points of the solid. They are a characteristic of the rotating motion of the solid

Exercise: A compact disk rotating at 500 rev/min is scanned by a laser that begins at the inner radius of about 2.4 cm and moves out the edge at 6.0 cm. Which is the linear (tangential) velocity of the disk where the laser beam strikes: (a) at the beginning of scanning and (b) at the end?. The same for acceleration 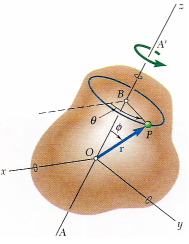 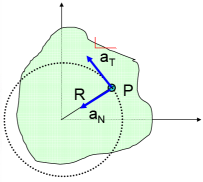 Rotation about a Fixed Axis. The Vector Motion Equations 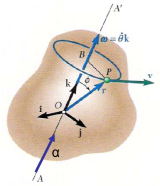 General Plane Motion. Any general plane motion can be considered as a translation plus a rotation

General Plane Motion. Any general plane motion can be considered as a translation plus a rotation 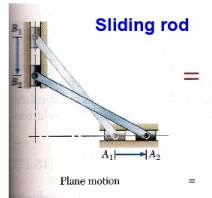 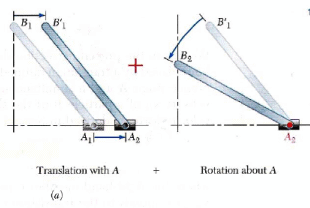 As the wheel of radius R rotates through angle θ, the point of the contact between the wheel and the plane moves a distance s that is related with θ by s= θ R.

If there is no sliding, the distance traveled by point C is exactly the same s. 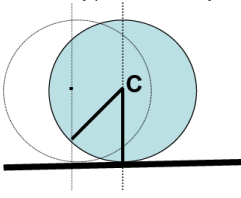 Rolling with slipping. An object slides and rolls

Find the angular velocity of sliding stair of length 3 m, when the velocity of contact point with the soil is 3 m/s. The angles between the stair and the floor is 45º