The document Monsoons: Indian Geography UPSC Notes | EduRev is a part of the UPSC Course Geography for UPSC CSE.
All you need of UPSC at this link: UPSC

Some scholars tend to treat the monsoon winds as land and sea breeze on a large scale. 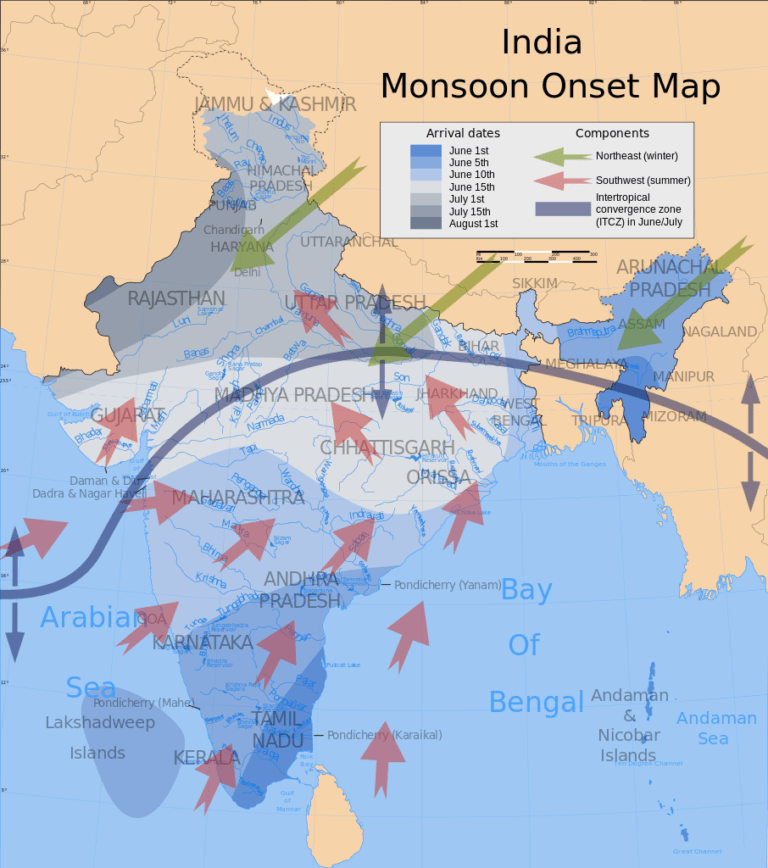 To understand the mechanism of the monsoons, the following facts are important:

(a) The differential heating and cooling of land and water

(b) The shift of the position of ‘Inter-Tropical Convergence Zone (ITCZ)’ as Sun moves Northwards. 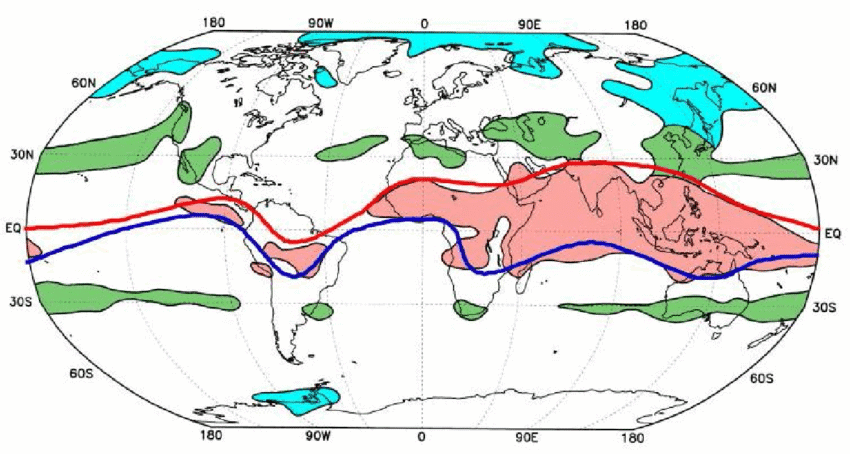 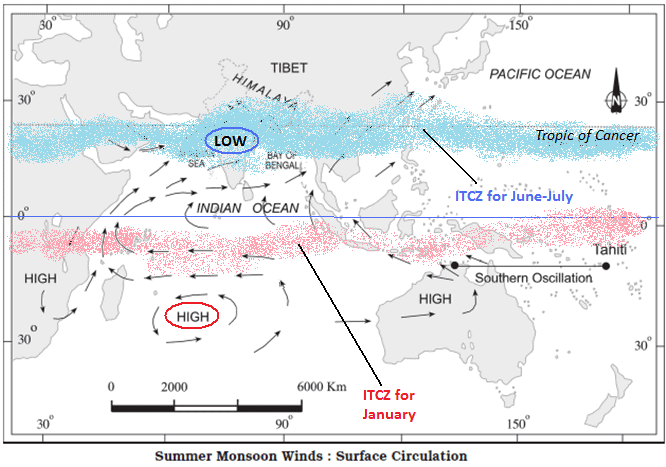 Try yourself:Which of the following statement is correct about the Inter-Tropical Convergence Zone (ITCZ)?
Explanation

Effect of ENSO on Indian Monsoon

The Onset of the Monsoon 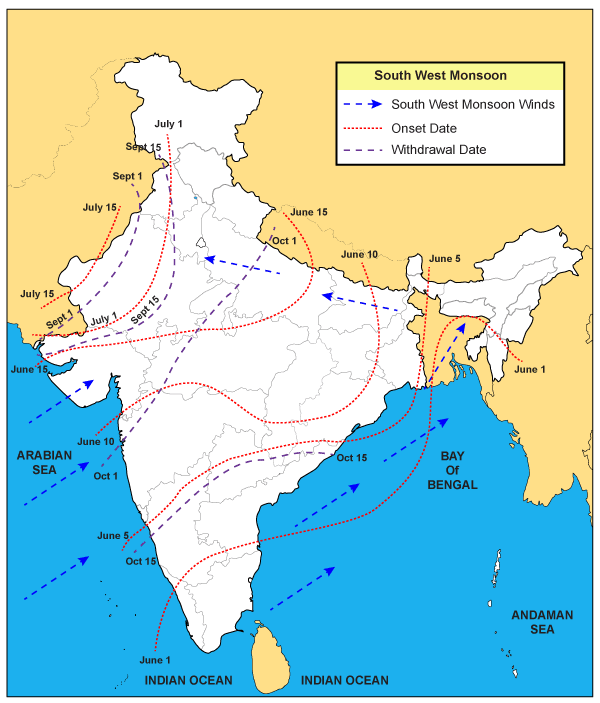 The monsoon arrives at the southern tip of the Indian peninsula generally by the first week of June. Subsequently, it proceeds into two – the Arabian Sea branch and the Bay of Bengal branch. 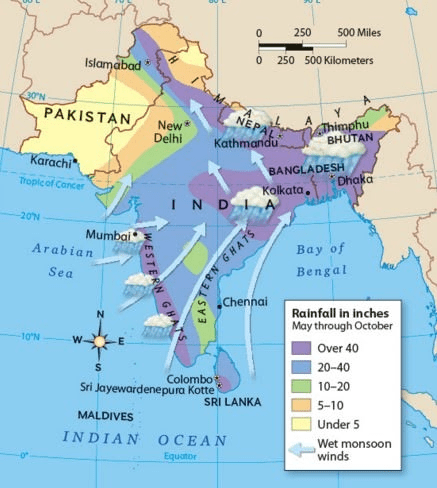 Form of two branches viz. the Arabian Sea branch and the Bay of Bengal branch

(ii) Another branch of the Arabian Sea monsoon strikes the coast north of Mumbai.

The Bay of Bengal Branch

From here, this branch splits into two under the influence of the Himalayas and the thermal low is northwest India.

(i) Northern Plains Branch: Its one branch moves westward due to obstruction by the Himalayas and moves along the Ganga plains reaching as far as the Punjab plains.

The Arabian Sea and the Bay of Bengal branches of the monsoon merge over the northwestern part of the Ganga plains.

Arabian Sea branch is stronger than Bay of Bengal branch due to the following reasons:

(i) Arabian sea branch is larger than the Bay of Bengal Branch.

(ii) While Arabian Sea Branch enters into the Indian peninsula in its entirety, the Bay of Bengal branch enters partially with its parts also moving to other areas like Thailand, Myanmar, etc.

Break-in Monsoon-Shifting of Trough Towards Himalayas 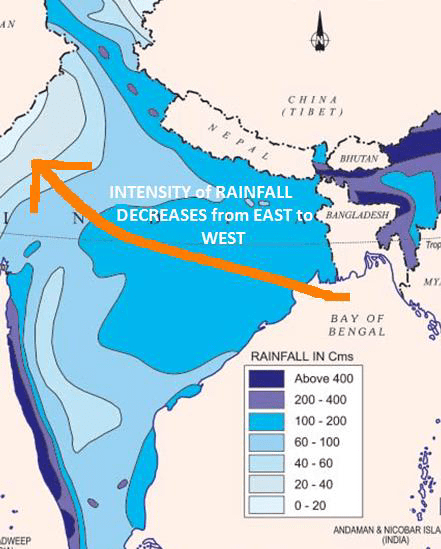 The Retreat of Monsoon

Monsoons And The Economic Life in India 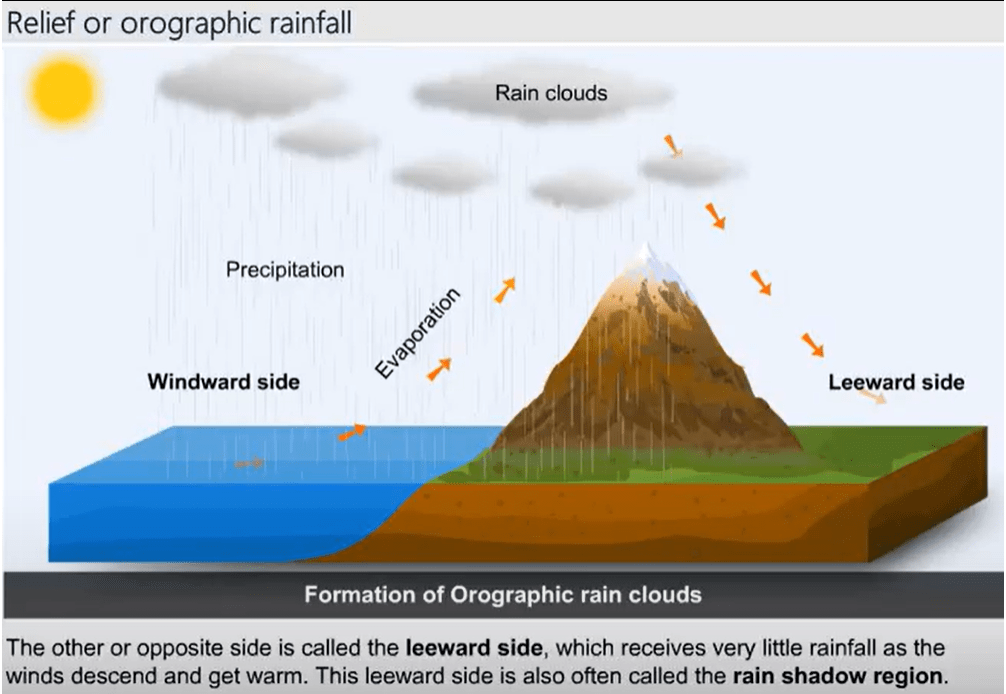 The Thar Desert and Monsoon