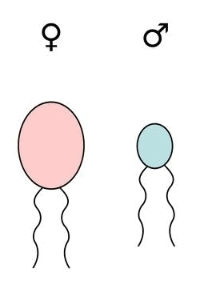 Q.3. Heterospory i.e., the formation of two types of spores — microspores and megaspores is a characteristic feature in the life cycle of a few members of pteridophytes and all spermatophytes. Do you think heterospory has some evolutionary significance in the plant kingdom?Ans. Heterospory involves formation of two types of spores. Microspores are smaller in size and megaspores are much larger in size. In some Pteridophytes, the microspores and megaspore germinate to give rise to male and female gametophytes respectively. Finally, the zygote develops inside the female gametophyte. From evolutionary perspective, this is a precursor of seed habit in higher plants. Seeds have enabled gymnosperms and angiosperms to tide over long periods of unfavourable conditions. Seeds have also enabled them to spread to wider geographical area through seed dispersal. It has indeed helped these plants in further evolution.

The female gametophytes in these plants are retained on the parent sporophytes for variable periods. The development of the zygotes into young embryos takes place within the female gametophytes. This event is a precursor to the seed habit considered an important step in evolution.Q.7. Comment on the lifecycle and nature of a fern prothallus.Ans.

Q.9. In which plant will you look for mycorrhiza and coralloid roots? Also, explain what these terms mean.Ans. Roots in some genera have a fungal association in the form of mycorrhiza (Finns), while in some others (Cvms) small specialized roots called coralloid roots are associated with N2-fixing cyanobacteria.

Q.1. The gametophyte is a dominant phase in the life cycle of a bryophyte. Explain.Ans.

Q.2. With the help of a schematic diagram, describe the haplo–diplontic life cycle pattern of a plant group.Ans.

Q.4. Explain why sexual reproduction in angiosperms is said to take place through double fertilization and triple fusion. Also, draw a labeled diagram of the embryo sac to explain the phenomena.Ans. After entering one of the synergids, the pollen tube releases the two male gametes into the cytoplasm of the synergid. 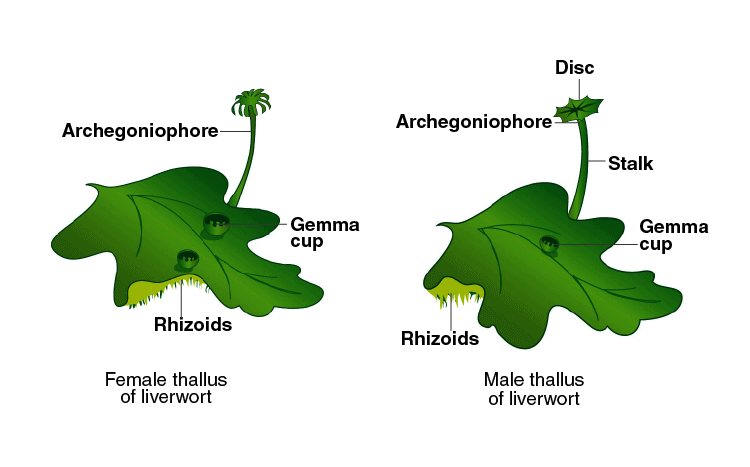 (b) Gametophyte and sporophyte of Funaria. (c) Alternation of generation in Angiosperm. 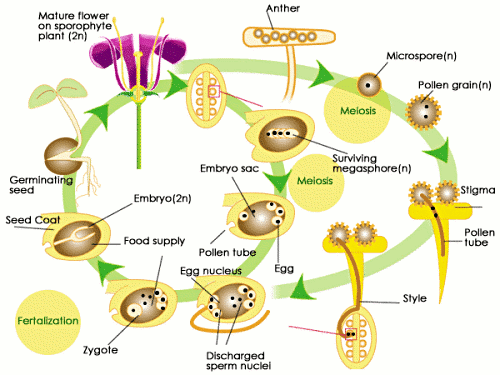