The document NCERT Exemplar Solutions: Motion & Time Notes | Study Science Class 7 - Class 7 is a part of the Class 7 Course Science Class 7.
All you need of Class 7 at this link: Class 7

Q.2. Two clocks A and B are shown in Figure Clock A has an hour and a minute hand, whereas clock B has an hour hand, minute hand as well as a second hand. Which of the following statement is correct for these clocks?

Q.3. Two students were asked to plot a distance-time graph for the motion described by Table A and Table B. 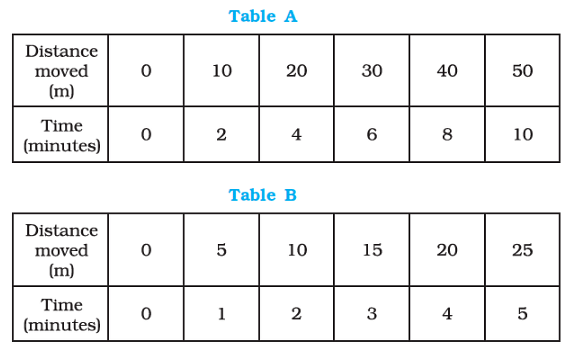 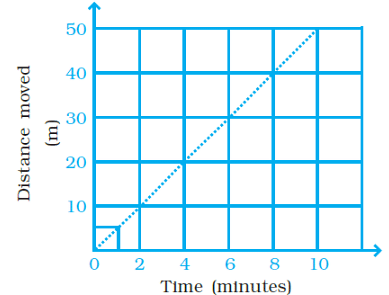 The graph given in Figure is true for(a) both A and B.(b) A only.(c) B only.(d) neither A nor B.Ans: aExplanation:Since speed for A and B is constant, graph for A and B is a straight line as shown in the figure.

Q.5. If we denote speed by S, the distance by D and time by T, the relationship between these quantities is(a) S = D × T(b) T = S/D(c) S = 1/SxD(c) S = T/DAns: cExplanation:Option c) is the correction equation because Speed = Distance/Time 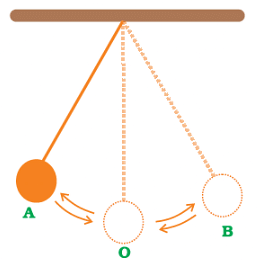 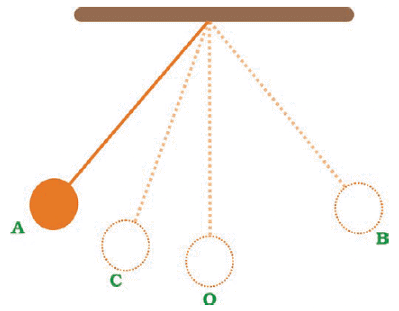 Q.9. Boojho walks to his school which is at a distance of 3 km from his home in 30 minutes. On reaching he finds that the school is closed and comes back by bicycle with his friend and reaches home in 20 minutes. His average speed in km/h is(a) 8.3(b) 7.2(c) 5(d) 3.6Ans: bExplanation:

Q.1. A simple pendulum is oscillating between two points A and B as shown in Figure. Is the motion of the bob uniform or non-uniform? 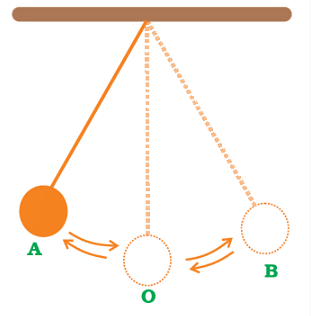 Ans: The motion of the bob is non-uniform because the speed of the bob keeps changing.

Q.2. Paheli and Boojho have to cover different distances to reach their school but they take the same time to reach the school. What can you say about their speed?Ans: Because their speed will be different from one another.

Q.3. If Boojho covers a certain distance in one hour and Paheli covers the same distance in two hours, who travels in a higher speed?

Ans: Boojho travels in a higher speed, hence he reaches the distance early.

Short Answer QuestionsQ.1. Complete the data of the table given below with the help of the distance-time graph given in Figure. 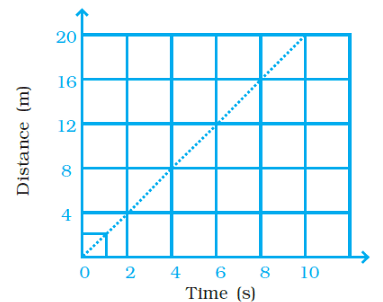 Q.4. Starting from A, Paheli moves along a rectangular path ABCD as shown in Figure. She takes 2 minutes to travel each side. Plot a distance-time graph and explain whether the motion is uniform or non-uniform. 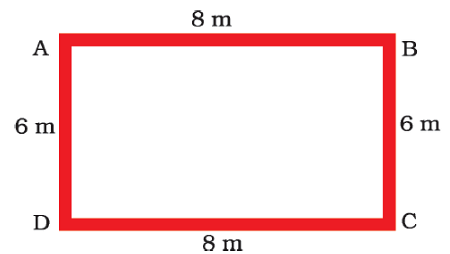 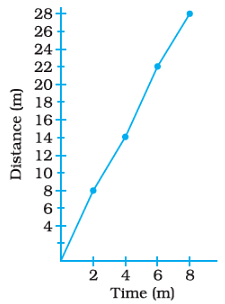 Q.5. Plot a distance-time graph of the tip of the second hand of a clock by selecting 4 points on x-axis and y-axis respectively. The circumference of the circle traced by the second hand is 64 cm.Ans: 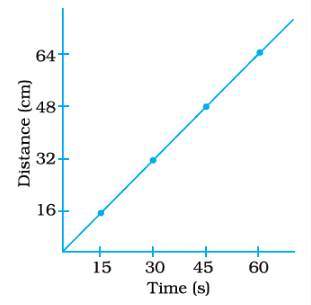 Q.1. Given below as Figure is the distance-time graph of the motion an object. 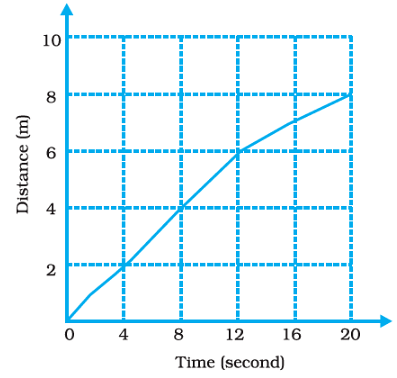 Q.2. Distance between Bholu’s and Golu’s house is 9 km. Bholu has to attend Golu’s birthday party at 7 o’clock. He started from his home at 6 o’clock on his bicycle and covered a distance of 6 km in 40 minutes. At that point, he met Chintu and he spoke to him for 5 minutes and reached Golu’s birthday party at 7 o’clock. With what speed did he cover the second part of the journey? Calculate his average speed for the entire journey.

The speed with which Bholu covered the second part of the journeyAns:

Q.3. Boojho goes to the football ground to play football. The distance-time graph of his journey from his home to the ground is given as Figure. 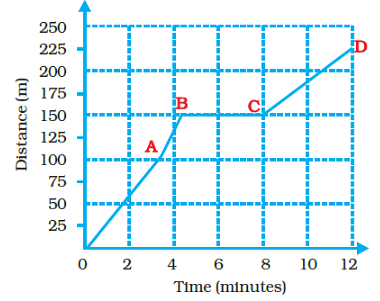 The document NCERT Exemplar Solutions: Motion & Time Notes | Study Science Class 7 - Class 7 is a part of the Class 7 Course Science Class 7.
All you need of Class 7 at this link: Class 7