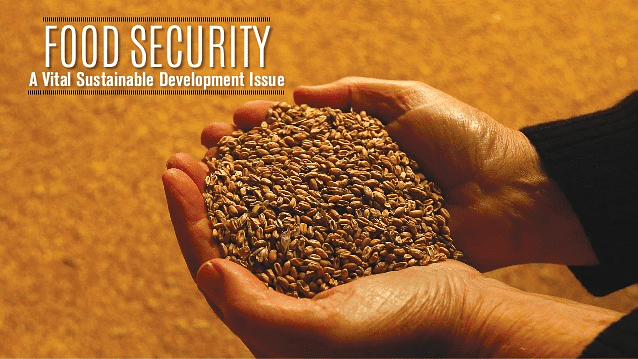 Q2. Which are the people more prone to food insecurity?Ans. A large section of people suffers from food and nutrition insecurity in India. However, the worst affected groups are as follows:

Q3. Which states are more food insecure in India?Ans: The economically-backwards states with a high incidence of poverty are more food insecure in India. The states of Uttar Pradesh (eastern and south-eastern parts), Bihar, Jharkhand, Orissa, West Bengal, Chattisgarh, parts of Madhya Pradesh and Maharashtra account for the largest number of food-insecure people in the country.Q4. Do you believe that Green Revolution has made India self-sufficient in food grains? How?Ans: In the late 1960s, the Green Revolution introduced the Indian farmer to the cultivation of high-yielding varieties (HYVs) of seeds. The HYVs (coupled with chemical fertilisers and pesticides) led to a growth in the productivity of food grains (especially wheat and rice), thereby helping India attain self-sufficiency in food grains. Since the advent of the Green Revolution, the country has avoided famine even during adverse weather conditions.Q5. “A section of people in India are still without food”. Explain.Ans: Despite achieving self-sufficiency in food grains, as a result of the Green Revolution, a section of people in India are still without food because of poverty. Thus, the landless labourers, casual urban workers, SCs and STs who are below the poverty line find it impossible to get two square meals a day. The Public Distribution System is not functioning properly because the ration shops owners are diverting the grains to the open market. Low-quality grains are available at ration shops which often remain unsold. Corruption in the Public Distribution System and extreme poverty are the two basic reasons why some people are still without food in India.Q6. What happens to the supply of food when there is a disaster or a calamity?Ans: When there is a disaster or a calamity, the production of food grains decreases in the affected area. This in turn creates a shortage of food in the area. Due to the food shortage, the prices go up. The raised prices of food materials affect the capacity of many people to buy the same. When the calamity occurs in a very widespread area or is stretched over a long period of time, it may cause a situation of starvation. Massive starvation can take the form of famine.Q7. Differentiate between seasonal hunger and chronic hunger.Ans: Seasonal hunger is related to cycles of food growing and harvesting. This is prevalent in rural areas because of the seasonal nature of agricultural activities, and in urban areas because of the casual labour (e.g., there is less work for casual construction labour during the rainy season). This type of hunger exists when a person is unable to get work for the entire year. Chronic hunger is a consequence of diets persistently inadequate in terms of quantity or quality. Poor people suffer from chronic hunger because of their very low income and in turn, inability to buy food even for survival.Q8. What has our government done to provide food security to the poor? Discuss any two schemes launched by the government?Ans: The government has launched various schemes for the welfare of the people and to provide food security to the poor. Two such schemes are Antyodaya Anna Yojana (AAY) and Annapurna Scheme (APS).