Q11. Gurmit wanted to perform Activity 16.8 using a laser torch. Her teacher advised her not to do so. Can you explain the basis of the teacher’s advice?Ans: Laser light is harmful to the human eyes because its intensity is very high. It can cause damage to the retina and lead to blindness. Hence, it is advisable not to look at a laser beam directly.

Q12. Explain how you can take care of your eyes.Ans: To protect our eyes, the given points should be taken into account:

Q13. What is the angle of incidence of a ray if the reflected ray is at an angle of 90° to the incident ray?Ans: 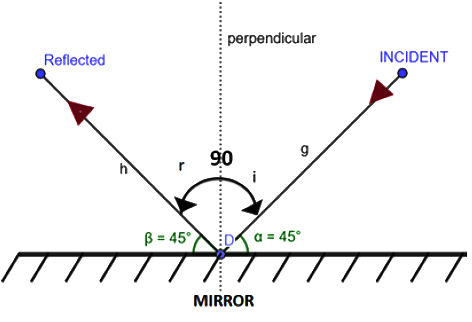 Q15. Two mirrors meet at right angles. A ray of light is incident on one at an angle of 30° as shown in Fig. 16.19. Draw the reflected ray from the second mirror.

Ans: The first law of reflection is used to obtain the path of reflected light. 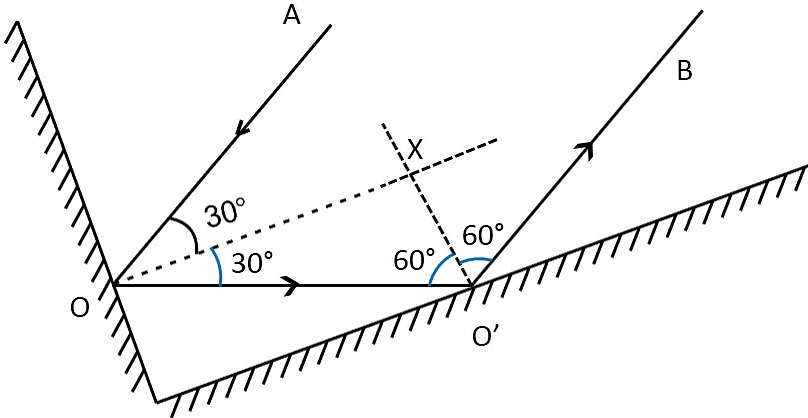 It can be observed that the given ray of light will reflect from the second mirror at an angle 60°.

Q16. Boojho stands at A just on the side of a plane mirror as shown in Fig. 16.20. Can he see himself in the mirror? Also, can he see the image of objects situated at P, Q and R? 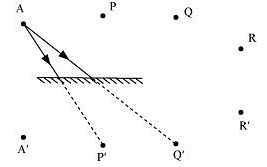 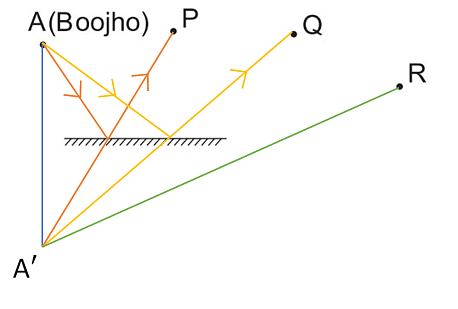