The document NCERT Solutions(Part - 2) - Data Handling Class 6 Notes | EduRev is a part of the Class 6 Course Mathematics (Maths) Class 6.
All you need of Class 6 at this link: Class 6
Exercise 9.4

A survey of 120 school students was done to find which activity they prefer to do in their free time.

Draw a bar graph to illustrate the above data taking scale of 1 unit length = 5 students. Which activity is preferred by most of the students other than playing? 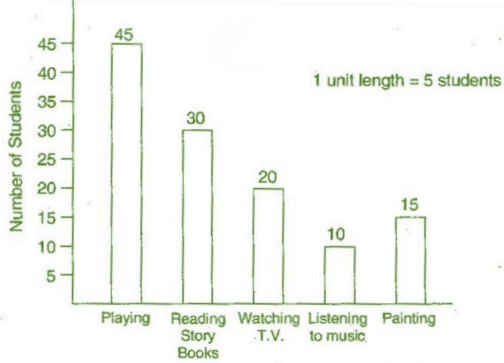 Reading story books is the activity preferred by most of the students other than playing.

The number of Mathematics books sold by a shopkeeper on six consecutive days is shown below:

Draw a bar graph to represent the above information choosing the scale of your choice. 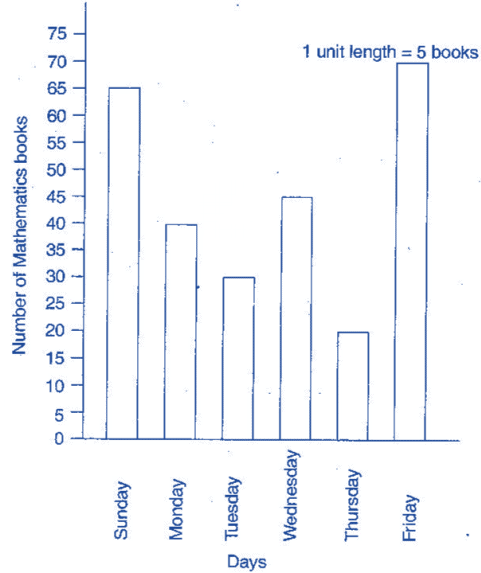 Following table shows the number of bicycles manufactured in a factory during the years 1998 to 2002. Illustrate this data using a bar graph. Choose a scale of your choice.

(a) In which year was the maximum number of bicycles manufactured?

(b) In which year was the minimum number of bicycles manufactured? 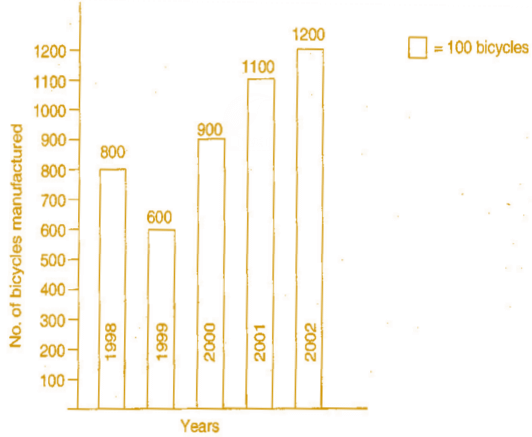 (a) The maximum number of bicycles were manufactured in 2002.

(b) The minimum number of bicycles were manufactured in 1999.Question 4)

Number of persons in various age groups in a town is given in the following table.

Draw a bar graph to represent the above information and answer the following questions. (take 1 unit length = 20 thousands)

(a) Which two age groups have same population? 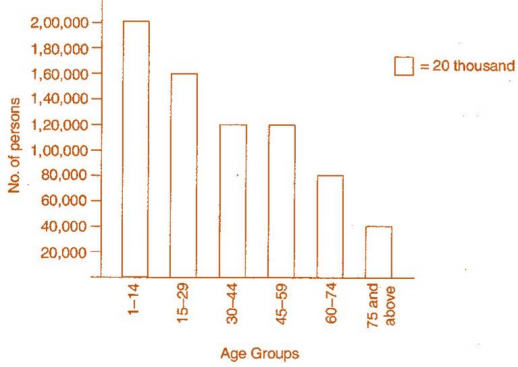 (b) Senior citizens are the persons between the age group either from 60 - 74 or from 75 above. Therefore,