The document NCERT Solutions: Motion Notes | Study Science Class 9 - Class 9 is a part of the Class 9 Course Science Class 9.
All you need of Class 9 at this link: Class 9

Q2. A farmer moves along the boundary of a square field of side 10 m in 40s. What will be the magnitude of displacement of the farmer at the end of 2 minutes 20 seconds from his initial position?Ans:

(a) False; because the displacement is zero if an object returns to its initial position after completing the trip.(b) False; the displacement always has equal or less magnitude than the distance travelled.

Q1. Distinguish between speed and velocity.Ans:

Q2. Under what condition(s) is the magnitude of the average velocity of an object equal to its average speed?Ans: When the object travels along a straight-line path, i.e. Distance travelled = Displacement⇒ Average speed = Average velocity.Q3. What does the odometer of an automobile measure? Ans: The odometer of an automobile measures the distance covered by it.Q4. What does the path of an object look like when it is in uniform motion?Ans: The path of the object will be a straight line at the instant of measurement when it is in uniform motion.Q5. During an experiment, a signal from a spaceship reached the ground station in five minutes. What was the distance of the spaceship from the ground station? The signal travels at the speed of light, which is 3 × 108 ms-1.Ans: Speed of signal = 3 × 108 ms-1Time in which signal reaches ground = 5 min = 5 × 60 = 300 sDistance of spaceship from the ground level = speed × time = 3 × 108 × 300 = 9 × 1010 m

(i) If an object travels in a straight line and its velocity increases or decreases by equal amounts in equal intervals of time, then the body is said to be in uniform acceleration. Example: The motion of a freely falling body.

Or, the retardation(de-acceleration) of the bus is 1.11 ms-2

Q1. What is the nature of the distance-time graphs for uniform and non-uniform motion of an object?Ans: 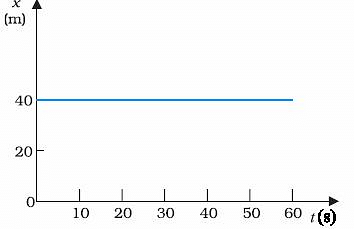 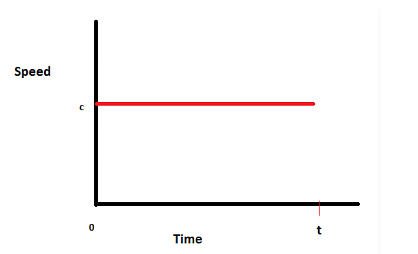 Q4. What is the quantity which is measured by the area occupied below the velocity-time graph?

Ans: The area under velocity-time graph = displacement of the body.

Q1. An athlete completes one round of a circular track of diameter 200 m in 40 s. What will be the distance covered and the displacement at the end of 2 minutes 20 s?Ans: Here, the diameter of the circular track = 200 m.The radius of circular track, r = 100 m.Let the athlete start moving from A, which is treated as a reference point.

Number of complete rounds done by the athlete

Therefore, the final position of athletes at the end of 2 minutes and 20 seconds or just after three and a half rounds is B.The displacement at the end of 2 minutes and 20 seconds = AB (diameter) = 200 mQ2. Joseph jogs from one end A to the other end B of a straight 300 m road in 2 minutes 50 seconds and then turns around and jogs 100 m back to point C in another 1 minute. What are Joseph's average speeds and velocities in Jogging (a) from A to B and (b) from A to C? Ans: Let Joseph jogs from A to B and back to C as shown.

Time taken by Abdul from school to home, 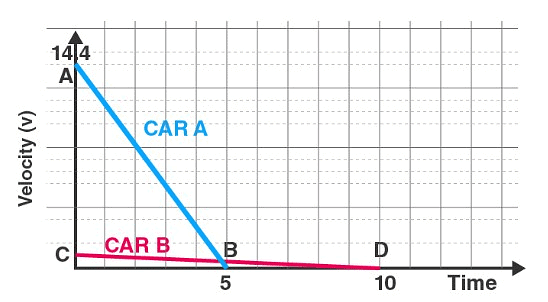 = 4.166mThus, car 1 travelled farther after the brakes were applied.Q6. Figure below shows the distance-time graph of three objects A, B and C. Study the graph and answer the following questions :(a) Which of the three is travelling the fastest?(b) Are all three ever at the same point on the road?(c) How far has C travelled when B passes A?(d) How far has B travelled by the time it passes C? 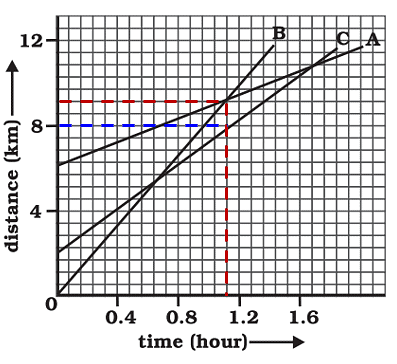 (a) since the slope of line B is the greatest, B is travelling at the fastest speed.

(b) since the three lines do not intersect at a single point, the three objects never meet at the same point on the road.

When A passes B, the distance between the origin and C is 8km

(d) the distance that object B has covered at the point where it passes C is equal to 9 graph units. 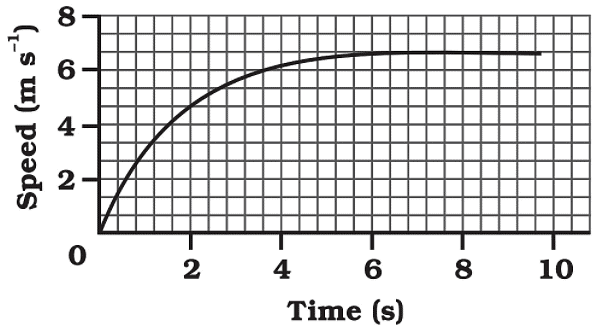 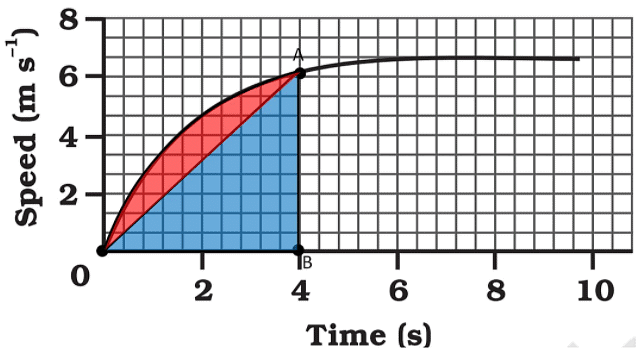 Here we approximate the area using area of triangle, 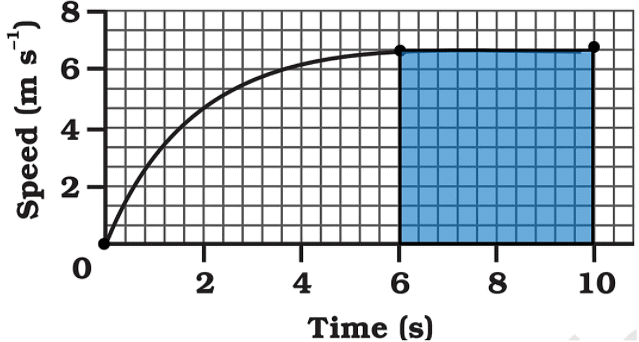 The part of the graph in red colour between time 6 s to 10 s represents uniform motion of the car.Q9. State which of the following situations are possible and give an example for each of these.(a) An object with a constant acceleration but with zero velocity.(b) An object moving in a certain direction with acceleration in the perpendicular direction.(c) an object moving with acceleration but with uniform speed.Ans: (a) When an object is thrown upwards, it comes to a momentary rest at the highest point. Thus velocity is zero, but the acceleration due to the gravitational pull of the earth still acts upon it.(b) In a uniform circular motion, the speed remains constant, but there is varying velocity as it changes its direction, so there always be acceleration which is given by centripetal force.(c) When an object is thrown in the forward direction, then during its motion in the horizontal direction, the acceleration due to the gravity of earth acts in the vertically downward direction.Q10. An artificial satellite is moving in a circular orbit of a radius of 42250 km. Calculate its speed if it takes 24 hours to revolve around the earth.Ans: Satellite completes one round in 24 hourst = 24 h = 24 x 60 min. = 24 x 3600 sAngle traversed by the satellite in completing one round = 2πLinear speed of satellite = 2πr / t

The document NCERT Solutions: Motion Notes | Study Science Class 9 - Class 9 is a part of the Class 9 Course Science Class 9.
All you need of Class 9 at this link: Class 9