The document NCERT Solutions: Poem - The Road Not Taken Notes | Study English Class 9 - Class 9 is a part of the Class 9 Course English Class 9.
All you need of Class 9 at this link: Class 9 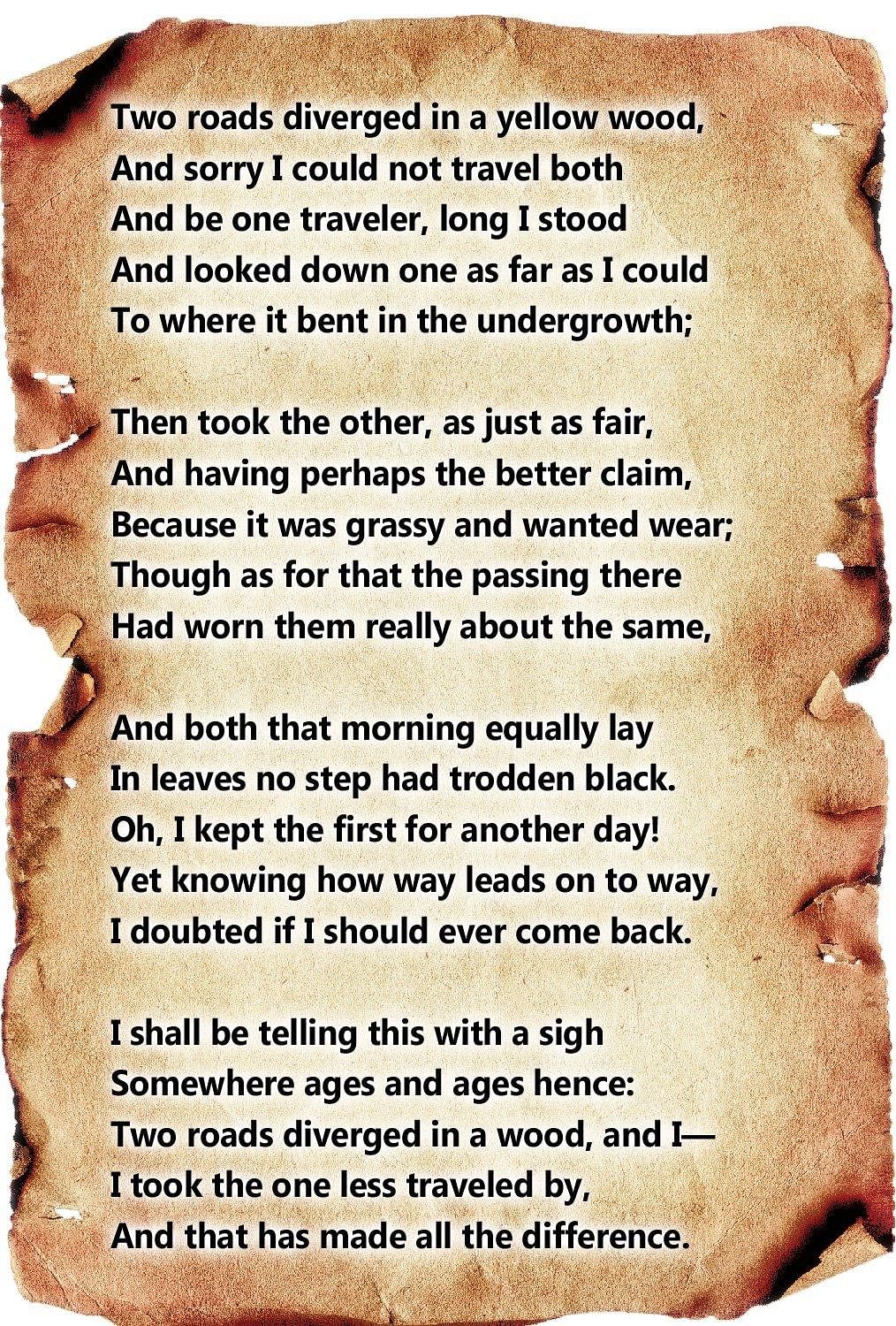 Q1. Where does the traveller find himself? What problems does he face?Ans:

Q2. Discuss what these phrases mean to you.

(a) A yellow woodAns: Yellowwood symbolizes the autumn season. Autumn corresponds with old age. The poet could be symbolically talking about the later stages of life.

(b) It was grassy and wanted wearAns: It conveys that the road was full of grass and nobody has used that road. It was a smooth road which had not worn out.

(c) The passing thereAns: The use of the path by passersby.

(d) Leaves no step had trodden blackAns: The leaves had not changed their colour and turned black because of fewer people stepping on them. It could represent a path one may have never/seldom taken in life for the fear of uncertainty.

(e) How way leads on to wayAns: This phrase means how certain decisions, one makes in life could pave the way for many other decisions.

Q3. Is there any difference between the two roads as the poet describes them (a) in stanzas two and three? (b) in the last two lines of the poem?Ans:(a)

Q2. After you have made a choice do you always think about what might have been, or do you accept the reality? Ans:

The document NCERT Solutions: Poem - The Road Not Taken Notes | Study English Class 9 - Class 9 is a part of the Class 9 Course English Class 9.
All you need of Class 9 at this link: Class 9