The document NCERT Solutions: Structure of the Atom Notes | Study Science Class 9 - Class 9 is a part of the Class 9 Course Science Class 9.
All you need of Class 9 at this link: Class 9 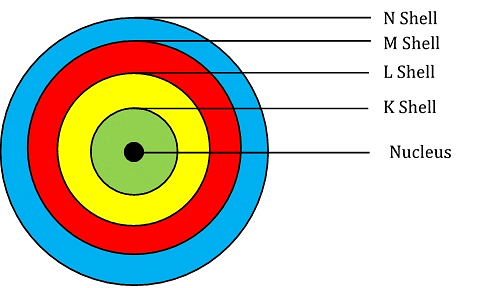 A line diagram showing different energy levels of energies E1, E2 and E3 for the electronsQ4. What do you think would be the observation if the α-particle scattering experiment is carried out using a foil of a metal other than gold?Ans: If the metal taken is heavier than gold then the deviation shown by α-particles will be more and if metal taken is lighter than gold, then the deviation shown will be less due to less repulsion between positively a-particles and nucleus.Q5. Name the three sub-atomic particles of an atom.Ans: The three sub-atomic particles of an atom are:(i) Protons(ii) Electrons(iii) NeutronsQ6. Helium atom has an atomic mass of 4 u and two protons in its nucleus. How many neutrons does it have?Ans: Number of neutrons = Atomic mass - Number of protonsTherefore, the number of neutrons in the atom = 4 - 2 = 2Page No. 50Q1. Write the distribution of electrons in carbon and sodium atomsAns: 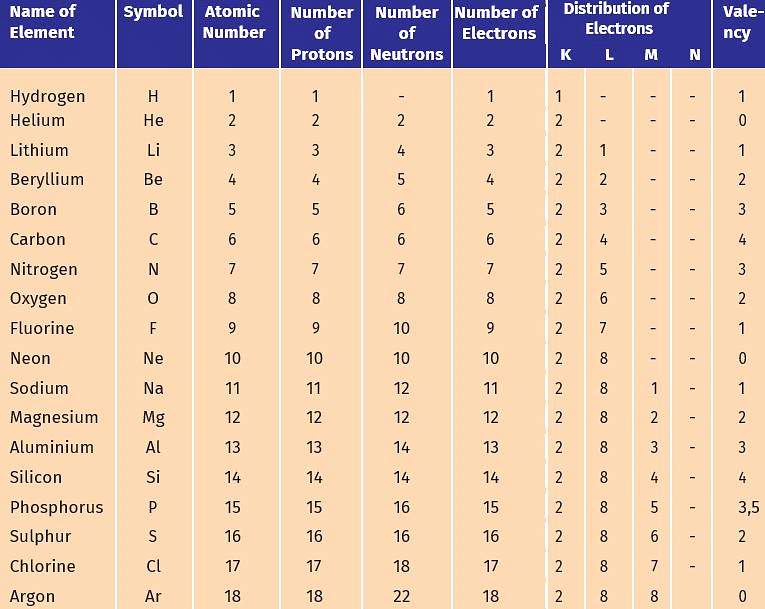 (a) To find the mass number of Oxygen:

(b) To find the mass number of Sulphur:

Q1. For the symbol H, D and T tabulate three sub-atomic particles found in each of them.Ans:

Q1. Compare the properties of electrons, protons and neutrons.Ans:

Q2. What are the limitations of J.J. Thomson's model of the atom?Ans:

(i) The results of experiments carried out by other scientists could not be explained by this model.(ii) The positive charge is spread all over could not be justified.Q3. What are the limitations of Rutherford's model of the atom?Ans:

(i) According to classical electromagnetic theory, a moving charged particle, such as an electron under the influence of attractive force loses energy continuously in the form of radiations. As a result of this, the electron should lose energy and therefore, should move in even smaller orbits ultimately falling into the nucleus. But the collapse does not occur. There is no explanation for this behaviour.(ii) According to Rutherford, the electrons revolve around the nucleus in fixed orbits. However, Rutherford did not specify the number of orbits and the number of electrons in each orbit.Q4. Describe Bohr's model of the atom.Ans: Bohr made a bold new suggestion that particles at the atomic level would behave differently from macroscopic (bigger) objects.According to Bohr’s theory:(i) Electrons revolve in certain orbits having well-defined energy.(ii) Electrons do not emit radiations as long as they remain at the same energy level.(iii) Supply of energy excites the electron to a higher energy level.(iv) Emission of energy takes place when it jumps from higher energy level to lower energy level. 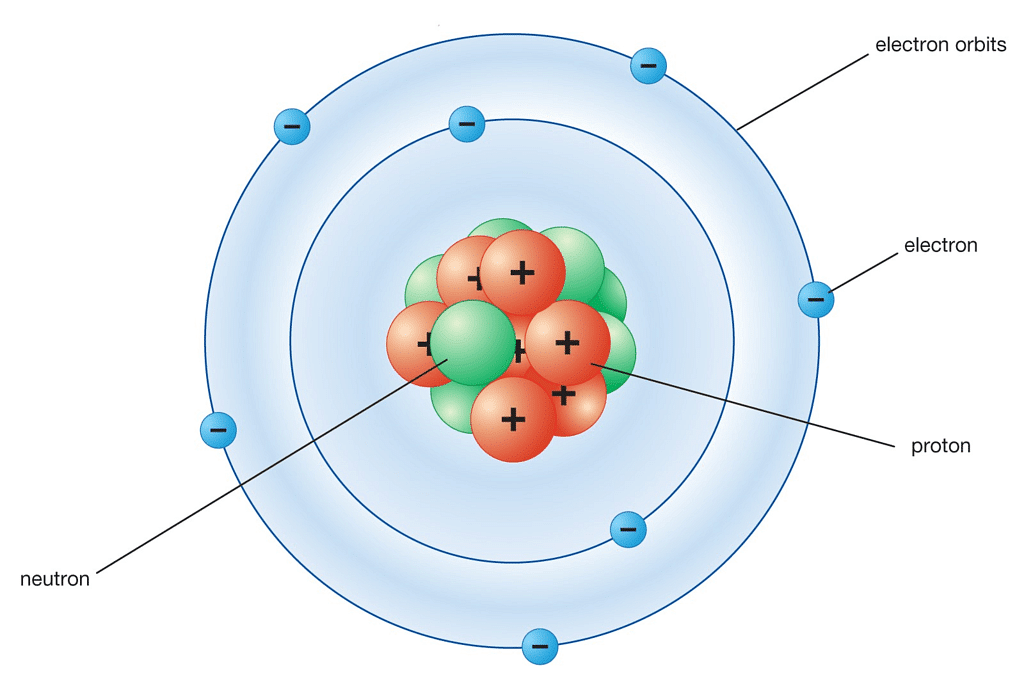 Q5. Compare all the proposed models of an atom given in this chapter.Ans:

(iv) Isobars: Isobars are the atoms of the different elements having the same mass number and different atomic number.Uses of isotopes:(i) Cobalt-60 is a radioactive isotope of cobalt. It is used in the radiotherapy of cancer.(ii) 14C is a radioactive isotope of carbon. It is used in carbon dating.Q9. Na+  has completely filled K and L shells. Explain.Ans: Sodium has atomic number 11. It has 11 electrons in its orbitals wherein the number of protons is equal to the number of electrons. Hence, its electronic configuration is K-2; L-8; M-1; The one electron in the M shell is lost and it obtains a positive charge since it has one more proton than electrons, and obtains a positive charge, Na+. Na+ is formed when one electron is lost by a sodium atom as given below:

The new electronic configuration is K-1; L-8 which is the filled state. Hence it is very difficult to eliminate the electron from a filled state as it is very stable.Q10. If bromine atom is available in the form of, say, two isotopes  79Br35 (49.7%) and 81Br35 (50.3%) calculate the average atomic mass of bromine atom.Ans: Average atomic mass of Br

Give the mass numbers of X and Y. What is the relation between the two species?Ans: Mass number of X = 6 + 6 = 12 Mass number of Y = 6 + 8 = 14Atomic number of X = 6 Atomic number of Y = 6X and Y are isotopes since both the elements have same atomic number but different mass number.Q14. For the following statements, write T for 'True' and F for 'False'.(a) J.J. Thomson proposed that the nucleus of an atom contains only nucleons.(b) A neutron is formed by an electron and a proton combining together. Therefore, it is neutral.(c) The mass of an electron is about 1 / 2000 times that of proton.(d) An isotope of iodine is used for making tincture iodine, which is used as a medicine.Ans. (a) False (b) False (c) True (d) False

2 ,8 ,1 is the correct electronic configuration of sodium.Q19. Complete the following table.

The document NCERT Solutions: Structure of the Atom Notes | Study Science Class 9 - Class 9 is a part of the Class 9 Course Science Class 9.
All you need of Class 9 at this link: Class 9