The document NCERT Solutions - The Little Girl Notes | Study English Class 9 - Class 9 is a part of the Class 9 Course English Class 9.
All you need of Class 9 at this link: Class 9

Thinking about the Text
I. Given below are some emotions that Kezia felt. Match the emotions in Column A with the items in Column B.

II. Answer the following questions in one or two sentences.Q1. Why was Kezia afraid of her father?Ans: Kezia was a little sensitive girl. Her father was aggressive and always spoke loudly. He always scolded her. He used to beat her. Even when she accepted her mistakes. He never played with her. This made her afraid of her father.Q2. Who were the people in Kezia’s family?Ans: Kezia’s family consists of her mother, father, grandmother and herself.Q3. What was Kezia’s father’s routine(i) before going to his office?(ii) after coming back from his office?(iii) on Sundays?Ans:

(i) Before going to his office, Kezia’s father usually went into her room to give her a casual kiss.(ii) After coming back from his office, he ordered tea to brought into the drawing-room. He also asked his mother to bring him the newspaper and his slippers, and Kezia to pull off his boots.(iii) On Sunday, Kezia's father would stretch out on the sofa. He would cover his face with his handkerchief, put his feet on one of the cushions and sleep soundly. 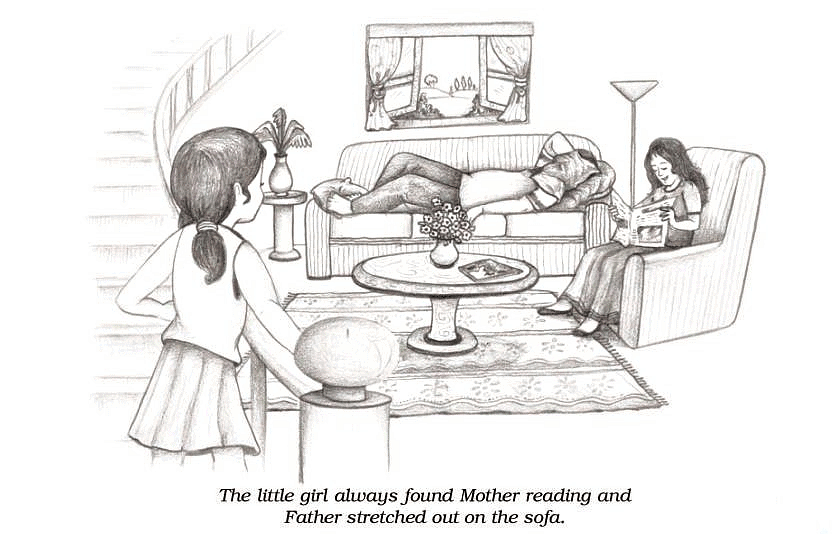 Q4. In what ways did Kezia’s grandmother encourage her to get to know her father better?Ans: Kezia’s grandmother encouraged her to get to know her father better by sending her to the drawing-room to talk to her parents on Sundays. She also suggested Kezia to make a pin cushion out of a beautiful piece of yellow silk as a gift for her father’s birthday.III. Discuss these questions in class with your teacher and then write down your answers in two or three paragraphs each.Q1. Kezia’s efforts to please her father resulted in displeasing him very much. How did this happen? Ans:

Q2. Kezia decides that there are “different kinds of fathers”. What kind of father was Mr Macdonald, and how was he different from Kezia’s father? Ans:

Q3. How does Kezia begin to see her father as a human being who needs her sympathy?Ans: