Everything around us is categorized into either metals or non-metals. Hence, it is important to know what non-metals and metals are and how to distinguish them. We will discuss the various physical and chemical properties of metals and non-metals.

Metals are minerals or substances that form naturally below the surface of the Earth. Most metals are lustrous or shiny. Metals ate inorganic, which means they are made of substances that were never alive. 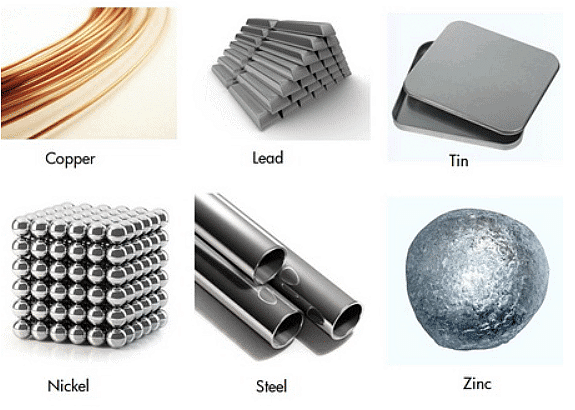 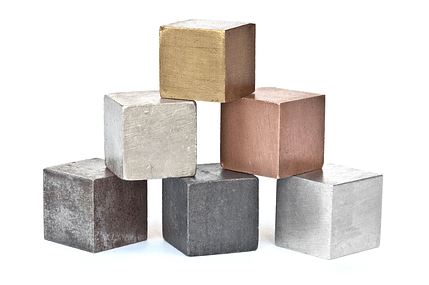 Mercury is the only metal that is a liquid at normal temperatures and pressure. 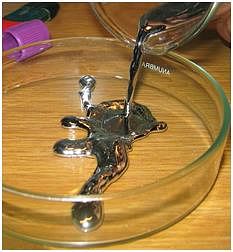 Non-metals are the elements that form negative ions by accepting or gaining electrons. Non-metals usually have 4, 5, 6 or 7 electrons in their outermost shell.

Chemical Properties of Metals & Non-Metals1. Reaction of Metals with Oxygen

Metals form their oxides when reacting with oxygen.Metal + oxygen → Metal oxideMetal oxides are basic in nature.Example:

2. Reaction of Non-Metals with OxygenNon-metals forms their oxides when reacting with oxygen.

Thus, Non-metal forms their oxide when reacts with oxygen.

Non-metal oxides are acidic in nature. 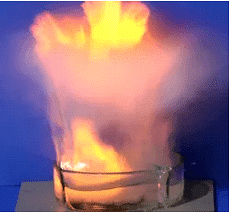 Reaction of Sodium with Water

4. Reaction with AcidMetals give hydrogen gas when they react with dilute acid.

Metals give hydrogen gas when they react with a base.

What is Displacement Reaction?

During reaction, if a metal replaces another metal from its compound then such reactions are called displacement reaction.

In the above equation, metal A is more reactive than metal B.

In the above two reactions, aluminium and iron are more reactive than copper, that’s why they replace copper from the solution of copper sulphate.

When copper metal is dipped in the solution of aluminium nitrate, no reaction takes place. Because copper is less reactive than aluminium.

Q.1. What is a metal? Mention the physical properties of metals.

Physical properties of metals are:

The physical properties of non-metals are:

Q.3. How do metals and non-metals react with water?