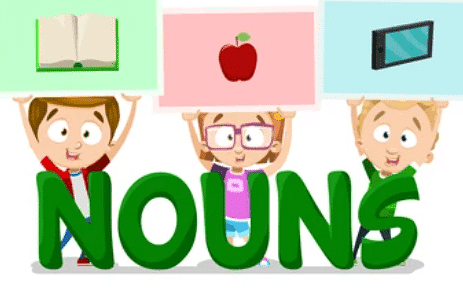 Question for Nouns: Types & Rules
Try yourself:Identify the noun in the following sentence:
"Raghav is going for a walk"
Explanation

View Solution
Question for Nouns: Types & Rules
Try yourself:Identify the noun in the following sentence:
"The Brooklyn Bridge was opened in 1883."
Explanation

Bridge is a proper noun here. Was (B) is the auxiliary verb for the past perfect tense of the verb opened (C). In (D) is a preposition.

View Solution
Question for Nouns: Types & Rules
Try yourself:Identify the noun in the following sentence:
"Joe, have you met your new boss?"
Explanation

Boss is a noun. Have (A) is the auxiliary verb for the present perfect tense of the verb met (B). Your (C) is a possessive second-person pronoun modifying the noun boss.

View Solution
Question for Nouns: Types & Rules
Try yourself:Identify the noun in the following sentence:
"To seize a foreign embassy and its inhabitants is flagrant disregard for diplomatic neutrality."
Explanation

View Solution
Question for Nouns: Types & Rules
Try yourself:Identify the noun in the following sentence:
“This garden is full of beautiful flowers.”
Explanation

Garden is the mass noun here

Nouns in English can further be classified on the basis of Number, Gender, Cases, and Apposition.

Read ahead to understand better:

Now that you are well versed with the nouns and its types, let us move ahead to the rules associated with Nouns in English Grammar. Rules of Nouns are important to know if you want to ace the verbal ability section of competitive exams.