The document Nuclear Magnetic Resonance Spectroscopy - Spectroscopy Chemistry Notes | EduRev is a part of the Chemistry Course Organic Chemistry.
All you need of Chemistry at this link: Chemistry

NMR is the most powerful tool available for organic structure determination. It is used to study a wide variety of nuclei: 1H, 13C, 15N, 19F, 31P. 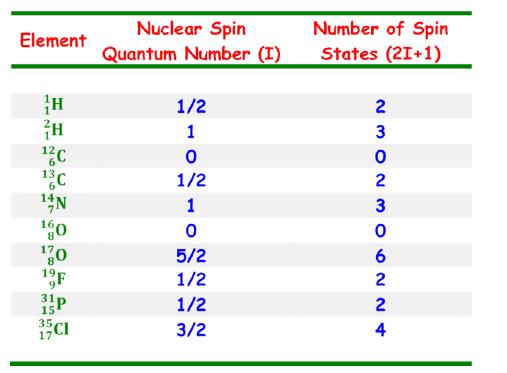 When placed in an external field, spinning protons act like bar magnets.

The magnetic fields of the spinning nuclei will align either with the external field, or against the field.

A photon with the right amount of energy can be absorbed and cause the spinning proton to flip. 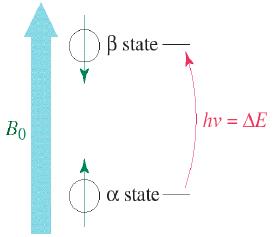 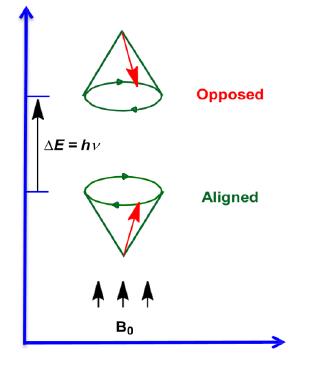 Under the effect of an applied magnetic field, nuclei start precessing along its axis with an angular frequency ω (Larmor Frequency).

• If all protons absorbed the same amount of energy in a given magnetic field, not much information can be obtained.

• But protons are surrounded by electrons that shield them from the external field.

Magnetic field strength must be increased for a shielded proton to flip at the same frequency.

Protons in a Molecule

Depending on their chemical environment, protons in a molecule are shielded by different amounts. 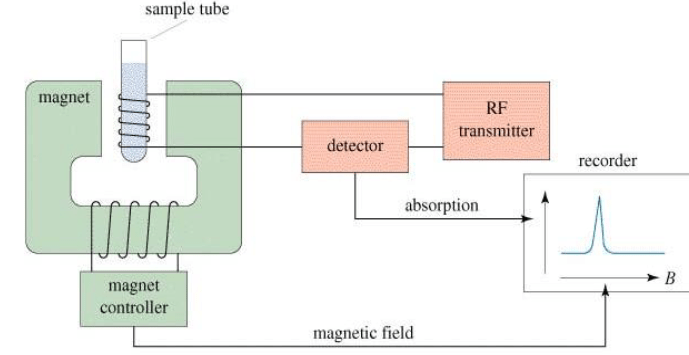 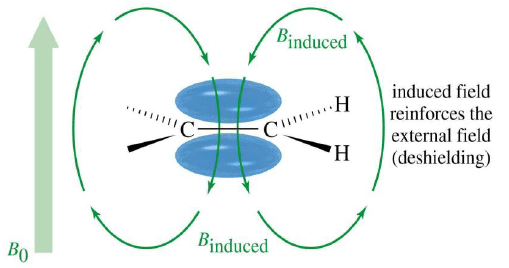 So, the alkynic protons experience much less magnetic field strength than olefinic protons, as a result they appear in spectrum with a low δ value.

The aldehyde proton directly falls under paramagnetic deshielding zone due to anisotropy of C=O bond π electrons. 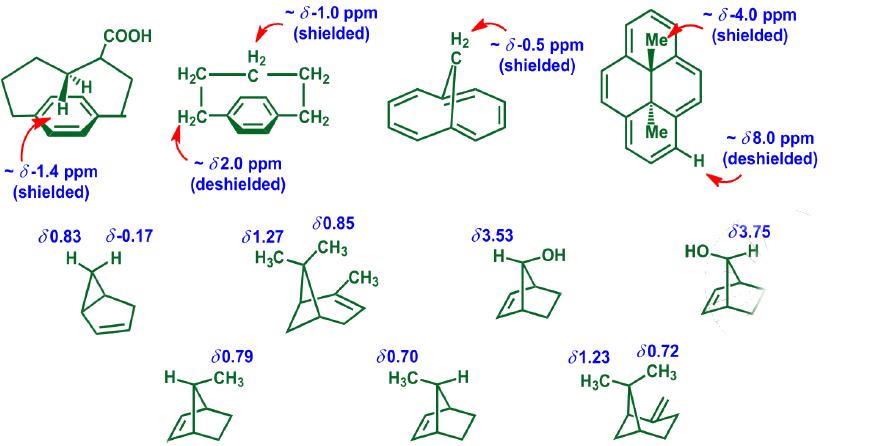 If a signal is split by N equivalent protons, it is split into N + 1 peaks. 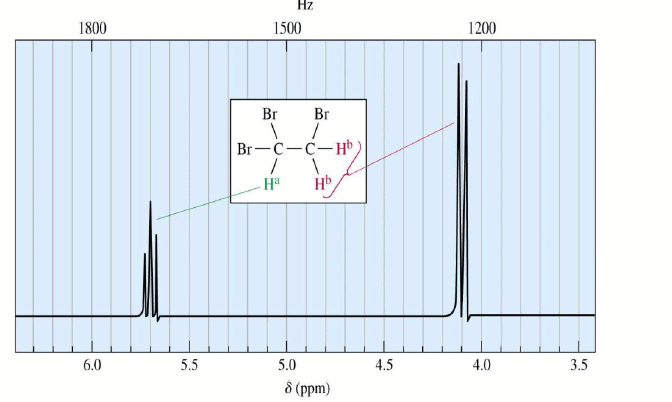 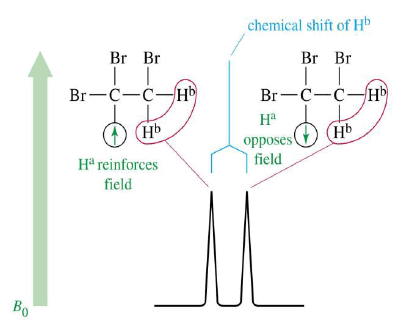 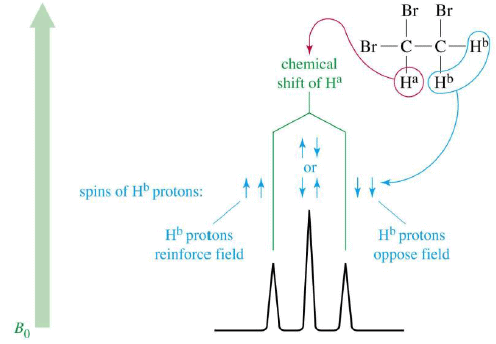