All numbers divisible by 2 are called even numbers. 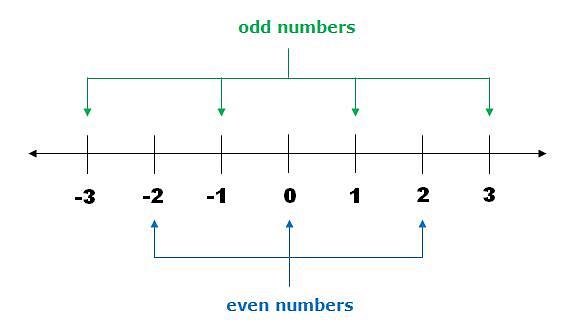 Even and odd numbers

All numbers not divisible by 2 are called odd numbers.

A natural number that has no other factors besides itself and unity is a prime number.

Tip: If a number has no prime factor equal to or less than its square root, then the number is a prime number.

A composite number has other factors besides itself and unity.

Tip: 1 is neither a prime number nor a composite number.

Two numbers are (prime or composite) said to be co-prime to one another, if they do not have any common factor other than 1.

Tip: The HCF of Co-prime number is always 1.

A fraction denotes the part or parts of a unit. Several types are:

A non - terminating number on the basis of occurrence of digits after decimal can be classified as follows:

(a) Pure Recurring to Fractions

(b) Mixed Recurring to Fractions

The rule for divisibility by 7 is a bit complicated which can be understood by the steps given below: 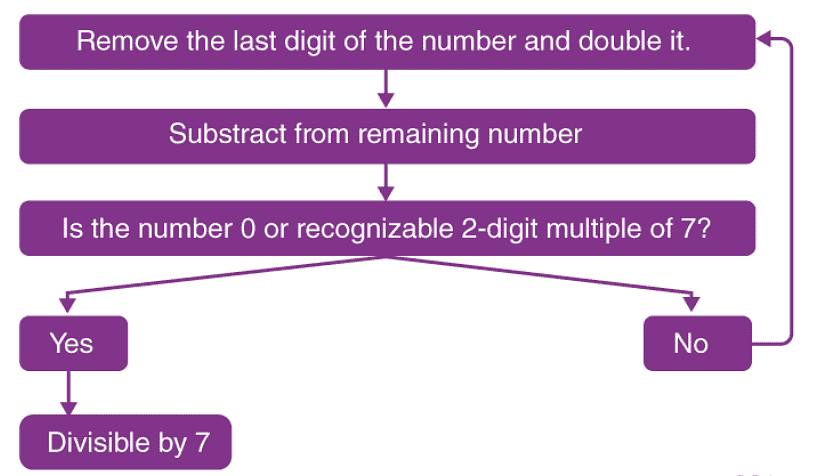 In order to check whether a number like 2143 is divisible by 11, below is the following procedure:

Number System QuestionsExample 1. N = (18n2 + 9n + 8)/n; where N belongs to integer. How many integral solutions of N are possible?

Example 4. What will be the number of zeroes at the end of the product of the first 100 natural numbers?

Example 6. In a party, there are 20 persons present. If each of them shakes hand with all the other persons, in total, how many handshakes will take place?

⇒ Any number written 6 times consecutively will be divisible by 7 and 13.

Example 9. If the first 100 natural numbers are written side by side to form a big number and it is divided by 8. What will be the remainder?

Absolute Value of a Number