The congregation of stars and planets is known as the solar system. It is a group of planets, meteors, or other objects that orbit a large star. Our solar system having a disc-like shape includes everything that is gravitationally drawn into the sun's orbit and consists of 8 planets (e.g. Mercury, Venus, Earth, Mars, Jupiter, Saturn, Uranus, and Neptune) and one star (the Sun), 63 moons, millions of smaller bodies like asteroids and comets and a huge quantity of dust-grains and gases. 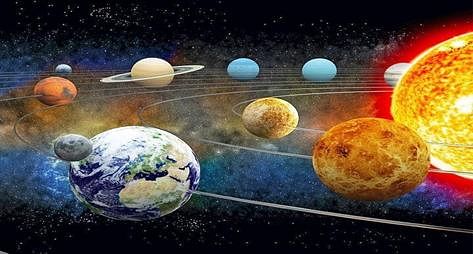 Pluto was previously considered as the 9th planet of the Solar System but the International Astronomical Union (IAU) demoted Pluto and recognized it as a “dwarf planet” in 2006.Planets are non-luminous bodies whereas stars are luminous bodies of the universe. The Nebula from which our Solar system is supposed to have been formed started its collapse and core formation about 5-5.6 billion years ago and the planets were formed about 4.6 billion years ago.A nebula is an interstellar cloud of dust, hydrogen, helium, and other gases. Nebulae are often star-forming regions, where gas, dust 'clump' together to form larger masses, which eventually become massive enough to form stars. 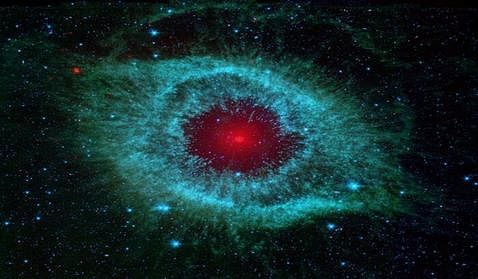 Question for Our Solar System - 1
Try yourself:The tenth planet which was recently sighted was:
Explanation

The tenth planet 2003 UB313 has recently been sighted. 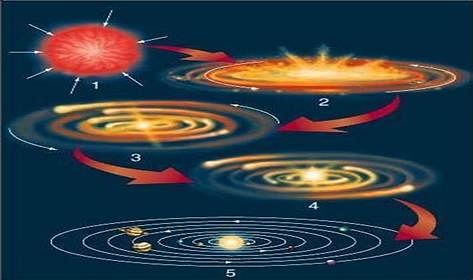 Formation of the Solar System

Our Solar System is a small part of the system of stars collectively known as the galaxy. Astronomers have discovered there are many other large stars within our galaxy, the Milky Way.Milky Way Galaxy: This galaxy is where our solar system is located. It has a disk, a central bulge, and spiral arms. The disk is about 100,000 light-years across and 3,000 light-years thick. Most of the Galaxy's gas, dust, young stars, and open clusters are in the disk. 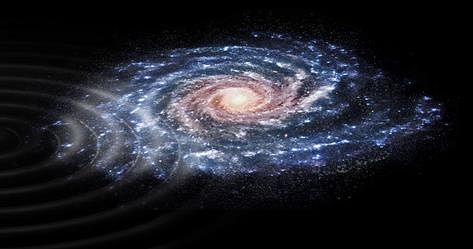 Question for Our Solar System - 1
Try yourself:Our Solar system is a part of which of the following galaxies?
Explanation

Our Solar system is a part of the Milky Way Galaxy.

Evolution Theory of The Solar System 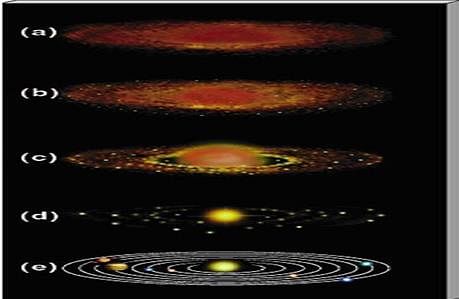 Evaluation: It is criticized because Kant did not explain the source of the origin of the primordial matter. He also did not explain the source of energy that caused the random motion of cold matter, which was motionless in the initial stage. The collision among the particles of the primordial matter can never generate rotatory motion in it. So, it is an erroneous statement of mechanism. Kant’s assumption was against the law of conservation of angular momentum that the rotatory speed of the nebula increased with the increase of its size.

Question for Our Solar System - 1
Try yourself:According to Kant’s Gaseous Hypothesis, the collisions between particles took place because of:
Explanation

According to Kant’s Gaseous Hypothesis collisions between particles took place because of the mutual gravitational attraction. 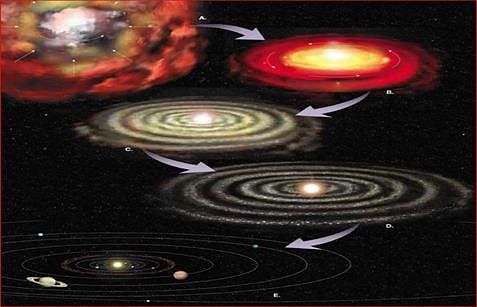 Question for Our Solar System - 1
Try yourself:The gradual cooling, shrinking and spinning, caused the nebula to flatten to a disk-like shape. A ring of material separated from this Nebula as a result of which of the following forces?
Explanation

With gradual cooling, the nebula shrank and started spinning even more rapidly. The spinning motion caused the nebula to flatten to a disk-like shape.

Eventually, the centrifugal force around the margin of the disc became sufficient to cause a ring of material to separate and be left behind as the rest of the nebula continued to contract.

➤ Tidal theories of Jeans and Jeffrey 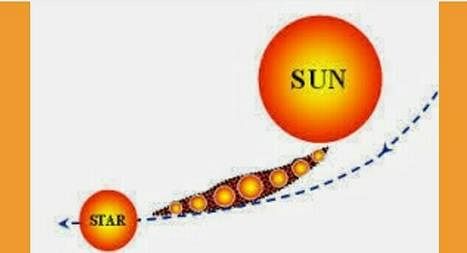 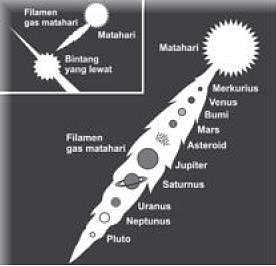 Planets Formed in The Cigar

Question for Our Solar System - 1
Try yourself:The Collision Hypothesis proposed by Harold Jeffreys, involved the collision and  movement of  how many celestial bodies.
Explanation

According to the Collision Hypothesis proposed by Harold Jeffreys, there were three stars in the Universe before the origin of the solar system. primitive sun, the ‘companion star’ and the ‘intruding star’ which was moving towards ‘companion star’. 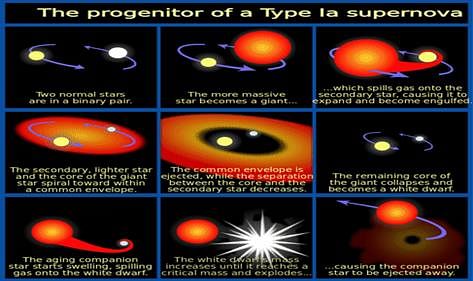 Thus, the dust particles after being combined and condensed and were changed into a flat disc of captured dark matter started revolving around the sun and under the combined impacts of three types of:

(ii) The rotational motion (of the sun itself) and(iii) The angular momentum (of dark matter of the disc). 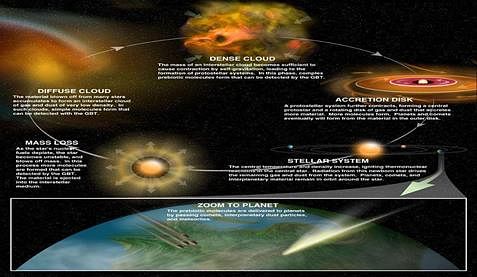 Question for Our Solar System - 1
Try yourself:According to Schmidt Interstellar Hypothesis, the flat disc of captured dark matter and started revolving around the Sun under the combined impacts of:
Explanation

According to Schmidt Interstellar Hypothesis, the dust particles combined and condensed were changed into a flat disc of captured dark matter and started revolving around the sun and under the combined impacts of: 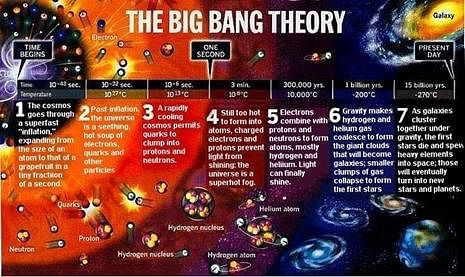 Out of the eight planets, Mercury, Venus, Earth, and Mars are called “the inner planets” as they lie between the Sun and the belt of asteroids the other planets, Jupiter, Saturn, Uranus, and Neptune are called “the outer planets”. Alternatively, the first four are called Terrestrial, meaning earth-like as they are made up of rock and metals, and have relatively high densities. The rest are called Jovian or Gas Giant planets. Jovian means Jupiter-like. Most of them are much larger than the terrestrial planets and have a thick atmosphere, mostly of helium and hydrogen. All the planets were formed in the same period sometime about 4.6 billion years ago.

The difference between terrestrial and Jovian planets can be attributed to the following conditions: 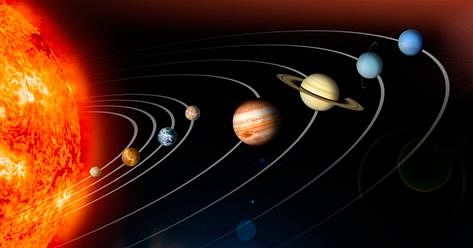 Arrangement of Planets in The Solar System

Grouping of Planets in The Solar System

Question for Our Solar System - 1
Try yourself:Which of the following are Jovian or Gas Giant planets?
Explanation

Introduction: briefly explain what is meant by Big Bang Body: describe the big bang theory with respect to the origin of the universe and the solar system and evaluate its merits and demerits. Conclusion: End the answer by noting that the theory is the closest to reality but yet incomplete.