Adani Ports and Special Economic Zone Limited (APSEZ) is the largest commercial ports operator in India accounting for nearly one-fourth of the cargo movement in the country. Its presence across 13 domestic ports in seven maritime states of Gujarat, Maharashtra, Goa, Kerala, Andhra Pradesh, Tamil Nadu and Odisha presents the most widespread national footprint with deepened hinterland connectivity. The port facilities are equipped with the latest cargo-handling infrastructure which is not only best-in-class, but also capable of handling the largest vessels calling at Indian shores. The ports are equipped to handle diverse cargos, from dry cargo, liquid cargo, crude to containers.

Spanning over an area of 15,000 hectares, located on the Western coast of India's Gulf of Kachchh, in the vibrant, industrialised and investor friendly state of Gujarat, Mundra Economic Hub is the gateway for Indian exports and imports. mundra has accrued advantages of an efficient private seaport, logistical connectivity, economic benefits and allied infrastructure.Leveraging the advantage of the robust port infrastructure, Mundra Manufacturing Zone offers the best investment opportunity for diversified industries. The zone can offer developed industrial clusters for small/medium projects as well as facilitate the mega projects with the desired land parcel, along with an excellent logistic connectivity, power reliability and other utilities.Logistics

Adani Logistics Limited (ALL) is the most diversified end-to-end logistics service provider in the country with presence across all major markets with expertise in handling varied customer across segments like Retail, Industrial, Container, Bulk, Break-Bulk, Liquids, Auto and Grain Handling.

ALL has developed and operates inland container depots at Patli and Kilaraipur and multi-modal logistics parks (MMLP) at Kishangarh, Malur and Kanech. 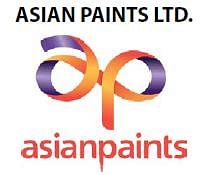 Asian Paints operates in 16 countries. It has 26 paint manufacturing facilities in the world which serve consumers in over 65 countries. It manufactures a wide range of paints for decorative and industrial use. Its research and technology division has over 200 highly qualified scientists for technological developments. It is India’s leading and Asia’s fourth largest paint company. Today, it is double the size of any other paint company in India. The nearest rivals or competing firms of the Asian Paints Ltd. are - Kansai Nerolac Paints

Asian Paints aims to become one of the top five decorative coatings companies world-wide by leveraging its expertise in the higher growth emerging markets. Simultaneously, the company intends to build long term value in the industrial coatings business through alliances with established global partners.

It was initially set up as a partnership firm by four friends (Champaklal H. Choksey, Suryakant C. Dani,Arvind R. Vakil,Chimanlal N. Choksi). The company has been a market leader in paints since 1967.Portfolio of Businesses, Products and Services

The overseas operations of the Bank are spread over ten international offices with branches at Singapore, Hong Kong, Dubai (at the DIFC), Colombo and Shanghai; representative offices at Dhaka, Dubai, Abu Dhabi, Sharjah and an overseas subsidiary in London, UK. 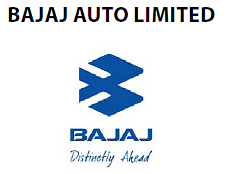 Bajaj Auto Limited is an Indian two-wheeler, three-wheeler and car manufacturing company. It is one of the world’s top manufacturer of motorcycles in India. It is the world’s largest three-wheeler manufacturer. Bajaj Auto is India’s largest exporter of motorcycles and three-wheelers. It has operations in 50 countries creating a line of bikes targeted to the preferences of entry-level buyers. It has approximately 9,000 employees. Its net revenue for the year 2017-18 has been ₹ 25,563.26 crores and net profit was ₹ 4,068.10 crores.

It was founded by Jamnalal Bajaj in Rajasthan in the 1940s. In 1959, it obtained a licence from the Government of India to manufacture two-wheelers and three-wheelers and it became a public limited company in 1960.

• Focus on value based manufacturing.

• Portfolio of Businesses, Products and Services

Bharti Airtel Limited is a leading global telecommunications company with operations in 20 countries across Asia and Africa.

Airtel provides GSM,3G and 4G LTE mobile services, fixed line broadband and voice services depending upon the country of operation. It is the largest mobile network operator in India and the third largest in the world with 400 million subscribers. It has a net revenue of ₹ 53,663 crores with a net profit of ₹ 79.20 crores in 2017-18. Airtel has over 25,400 employees.

In 1984 Sunil Mittal started assembling push-button phones in India. By the early 1990s, Bharti was making fax machines, cordless phones and other telecom gear. In 1992, he successfully bid for one of the four mobile phone network licences auctioned in India. He was one of the first Indian entrepreneurs to identify the mobile telecom business as a major growth area. His plans were finally approved by the Government in 1994 and he launched services in Delhi in 1995, when Bharti Cellular Limited (BCL) was formed to offer cellular services under the brand name AirTel. Within a few years, Bharti became the first telecom company to cross the 2-million mobile subscriber mark.

Vision: To enrich the lives of customers. The company’s obsession is to win customers for life through an exceptional experience.

Mission: Hunger to win customers for life.Portfolio of Businesses, Products and Services

Bharat Petroleum Corporation Limited (BPCL) is an Indian state-controlled oil and gas company. The Corporation operates two large refineries of the country located at Mumbai and Kochi. Bharat Gas has been a pioneer in more ways than one churning out several innovative customer centric offerings such as LPG cylinders and Mini LPG cylinders. The 24X7 services provided by Bharat Petroleum Aviation Fuel Services makes it the preferred supplier for all major domestic and international airlines in India. 40% of the international volumes in India are fueled by BPCL plane services. Their presence in the defence sector is equally strong. Bharat Petroleum is the only oil company in India to have equity stake in the 1st Greenfield Airport at Cochin International Airport Limited.

Company HistoryBharat Petroleum Corporation Ltd was incorporated in 1952 as a private limited company with the name Burmah Shell Refineries Ltd. The company began its work on the marshland of Trombay at Bombay. The refinery on 454 acres of land at village Mahul went on-stream on 30th January 1955 one year ahead of schedule. In January, 1976 Burmah Shell Group of Companies was taken over by the Government of India to form Bharat Refineries Ltd. In August, 1977 the company was renamed as Bharat Petroleum Corporation Ltd. The company was also the first refinery to process newly found indigenous crude (Bombay High) in the country.Philosophy

Vision: Be a model corporate entity with social responsibility committed to energizing lives through sustainable development.

Mission: Create a ‘positive impact’ in all the communities where we operate.

Cipla Ltd. is a leading medicine manufacturer in India. The company has about 1,500 pharmaceutical products in more than 60 therapeutic categories. Some are sold domestically, while the rest reach international markets in more than 150 countries. It offers prescription drugs for all kinds of ailments -- arthritis, cancer, depression - as well as over-the-counter drugs for colds, oral hygiene, and skin care. Cipla leads the domestic

retail pharmaceutical market. The company also makes bulk drugs, agrochemicals, and animal products. Cipla has earned a worldwide recognition for adhering to the highest standards of quality and has received approvals from Ministries of Health of various nations and major international regulatory agencies.

Company HistoryCipla was founded as The Chemical, Industrial, and Pharmaceutical Laboratories by Khwaja Abdul Hamied in 1935. The name of the Company was changed to ‘Cipla Limited’ on 20 July 1984. In the year 1985, US FDA approved the company’s bulk drug manufacturing facilities.Philosophy

Vision: To be the first global biotech company to provide high quality products at affordable prices that will enable access for millions of patients world-wide by the year 2025

Mission: Cipla’s mission is to be a leading global healthcare company which uses technology and innovation to meet every day needs of all the patients.Portfolio of Businesses, Products and Services

Coal India Limited (CIL) is an Indian state-controlled coal mining company. It is the largest coal producer company in the world. It contributes about 84% of coal production in India. Government of India owns it and controls the operations through Ministry of Coal. In April 2011, CIL was conferred the Maharatna status by the Union Government. It is operating through 82 mining areas. CIL manages 200 other establishments like workshops, hospitals etc. Further, it also owns 26 technical & management training institutes and 102 Vocational Training Institutes. It commands nearly 74% of the Indian coal market.

Nationalization of coal industry in India in the early seventies was a fall out of two related events. In the first instance it was the oil price shock, which led the country to take up a close scrutiny of its energy options. A Fuel Policy Committee set up for this purpose identified coal as the primary source of commercial energy.

Secondly, the much needed investment for growth of this sector was not forthcoming with coal mining largely in the hands of private sector.

Vision: To emerge as a global player in the primary energy sector committed to provide energy security to the country by attaining environmentally & socially sustainable growth through best practices from mine to market.

Mission: To produce and market the planned quantity of coal and coal products eciently and economically in an eco-friendly manner with due regard to safety, conservation and quality.

Coal India Limited (CIL) produces coal through seven of its wholly owned subsidiaries. These are: